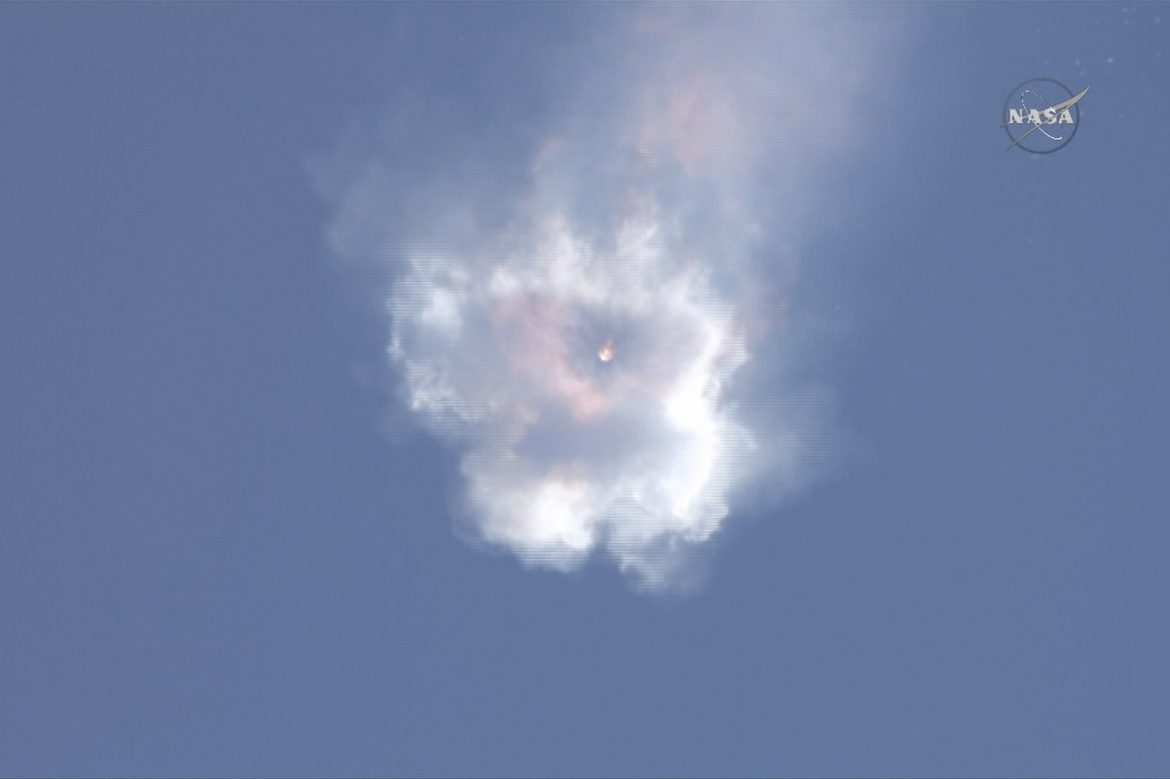 An American spacecraft laden with provisions and equipment to re-supply the International Space Station (ISS) was destroyed when the rocket lofting it to space exploded shortly after launch.  NASA said the ISS crew were safe and ruled out any shortages with ample stocks on board.

The Falcon 9 rocket, developed by the private company SpaceX, exploded 139 seconds after the liftoff as the  first stage was about to separate. The launch had been postponed three times before Sunday’s catastrophic event.  The cargo craft Dragon, also built by SpaceX disintegrated and fell into the Atlantic Ocean.

NASA and SPACEX officials attributed the mishap to a pressure surge in the rocket’s liquid oxygen tank, saying an investigation was launched.

Besides provisions, Dragon was carrying a new docking adapter to facilitate the critical link-up between the station and the cargo and transport craft ferrying supplies or bringing new teams  of astronauts.

SpaceX was further planning to test a method it had developed to land the discarded first stage on a drone ship for re-use. The rocket had crashed onto the platform in the previous attempt.

After de-commissioning the fleet of space shuttles, NASA had contracted SpaceX to build and operate the cargo craft and rockets for the re-supply missions. Sunday’s accident-marred mission was the seventh of the 15 contracted between NASA and the space technologies company. The last successfule mission was carried out in April.

NASA officials re-assured that the loss of the cargo craft would not entail shortages for the ISS crew, saying there were enough supplies on board to last until October. In any case, stocks would be replenished by further supply missions with a Russian Progress craft in July and a Japanese HST  in August.