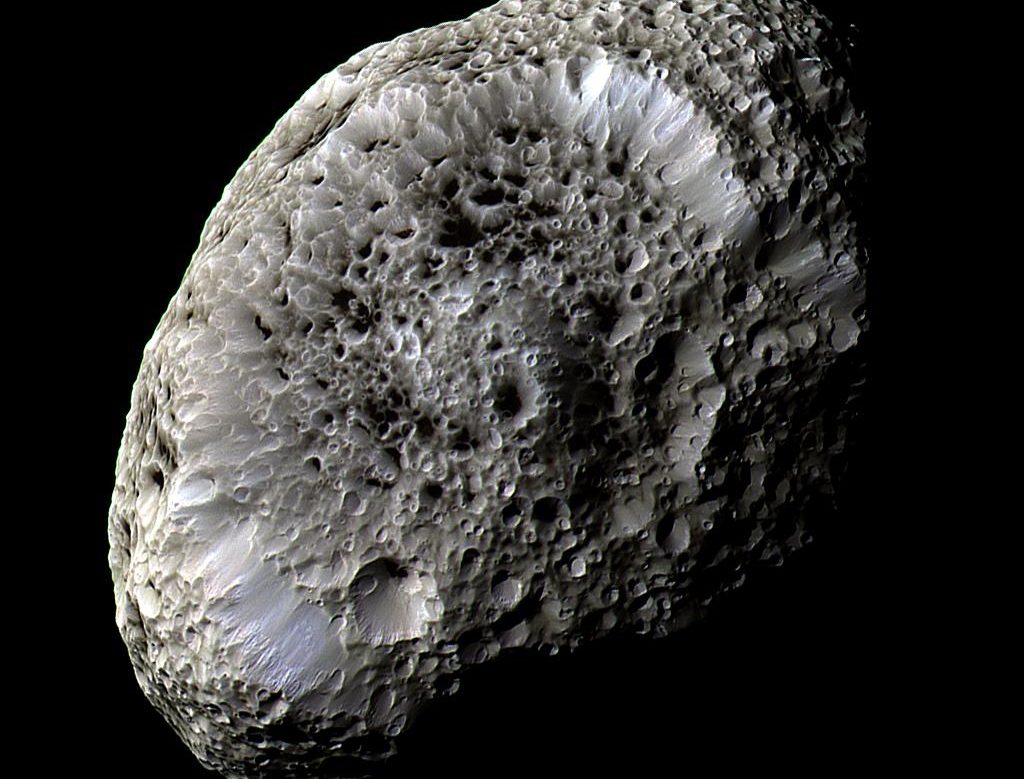 The May 31 close approcah of NASA’s Cassini  spacecraft  to Hyperion  is hoped to shed some new light on this Saturn moon, which is one of the most enigmatic objects in the whole Solar System.

Hyperion is one of the 62 known satellites of  Saturn, the “Ringed Planet”.  These moons have sizes ranging from less than a kilometer to the 5,151-km Titan, which is larger than planet Mercury. Despite  its modest , 270-km size,  Hyperion  captures attention with its bizarre features. For one, it tumbles chaotically on its orbit around Saturn.  More prominent, however,  is its spongy appearance with its pockmarked surface which is all too visible at the top picture.

According  to NASA scientists, the secret of Hyperion, believed to be a captured asteroid, lies in its low density, which is about half that of water.  Low density gives this bizarre  moon  a porous structure and a weak surface gravity.

Because of these features, objects impacting Hyperion do not gouge out craters as they do when they hit  planets and other moons of the Solar systemcompressing  the surface instead.  And any material catapulted by the impact do not rain back on  the surface, but disperse into space.

The large image at the top was taken by Cassini 10 years ago from a distance of 62,000 kilometers. Now, having approached to almost half that distance at 34,000 kilometers, the spacecraft is expected to expose another face of the moon instead of the accustomed one, if not obstructed by the tumbling, which makes it difficult for Cassini’s cameras to focus on targeted areas.