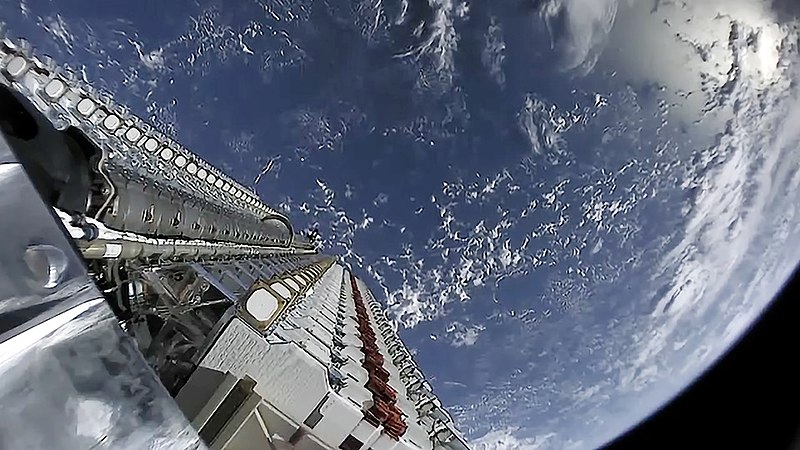 Internet from Space: by SpaceX Starlink

SpaceX took a giant step to turn the idea of ​​a satellite-driven global internet coverage a reality and launched 60 internet satellites with this year’s fifth Falcon 9 rocket on the evening of May 23. The satellites, each weighing 227 kg, were released smoothly into low earth orbit, at an altitude of 400 meters. These satellites form the first batch of the megaconstellation that SpaceX’s Starlink Company will create in order to provide affordable internet coverage throughout the world. SpaceX plans to send a total of 12,000 of these satellites to orbit in two different altitudes over the next six years, to send and receive internet signals across the entire planet.

Elon Musk, the company’s manager tweeted “Much will likely go wrong”. Musk also added that these 60 satellites are just the beginning and that another six launches of 60 satellites each are needed before Starlink can begin to provide minor internet coverage and another 12 launches for moderate coverage.

The internet service provided by Starlink is expected to be low-cost, and accessible in remote areas of the world where the reception is a challenge.

Each Starlink satellite is designed to operate for a maximum of five years, and then to fall into and burn up in Earth’s atmosphere. This is a plan that will not create trash in orbit, while also allowing the company to replace satellites with more advanced versions. Satellites are also equipped with systems to protect themselves from orbiting space litter.

Currently, we are using wireless cell towers or cables routed to our homes and offices for internet access. This means that rural, remote areas around the world generally have no access. There are many options for satellite-based internet, but these systems are very expensive and offer a slow connection. This is because the service provider satellites are located in very high orbits. SpaceX wants to change this, and is not alone -Some companies, including OneWeb, TeleSat, and Amazon, want to provide the Internet to the masses by setting up a small satellite network in low Earth orbit, which is much closer to the planet than satellites currently providing internet services.