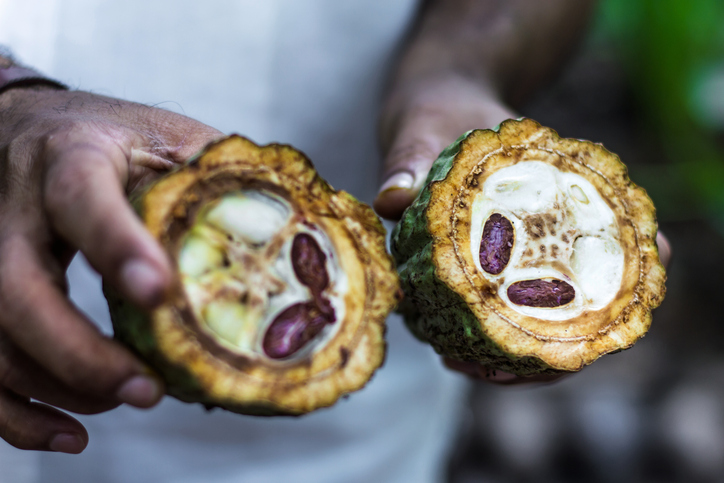 Cacao is the plant that gives life to one of our favourite foods, chocolate. It was first grown for food in the Amazon rainforest. And as it seems, this happened 1,500 years earlier than we thought.

Chemical analyses of ancient pottery confirmed that ancient people living in the rainforests of what is now Ecuador used the cacao plant for eating, drinking, and for medical purposes. Findings point to 5,300 years ago.

Researchers say they always thought that cacao was native to somewhere else, “Previous evidence was found in Mexico and Central America.” DNA of the cacao obtained from the pottery found in Santa Ana archaeological site in the highlands of Ecuador, which was occupied between 5,300 and 2,100 years ago, matched the DNA of trees in the upper Amazon region. So, cacao’s origin shifted a little, to the south of Central America.

Seeds of the cacao tree were thought to be carried north into Mexico and Central America, possibly along sea routes.

Cacao has been the symbol of wealth throughout history. It was always consumed by the wealthy. It was also used as a trade item, so much like money.

Spanish occupying forces get charmed by the cacao beans when they come to the region in the 1520s, and took the beans home, back to Europe. This is how the rest of the world had the opportunity to meet with cocoa, chocolate, and of course, coffee.

Let’s get to know the cacao plant:

Seeds inside the fruit, known as the cacao pod, are covered by a white pulp. Drying the seeds in the sun darken them, giving them a brownish hue and transforming them into the cacao beans we know well.

The ingredients for chocolate -cocoa powder and cocoa butter- are made from fermented and roasted cacao seeds. This is where cacao and cocoa differ.

Products of the cacao plant are widely used in pharmaceutical preparations and skin-care products.