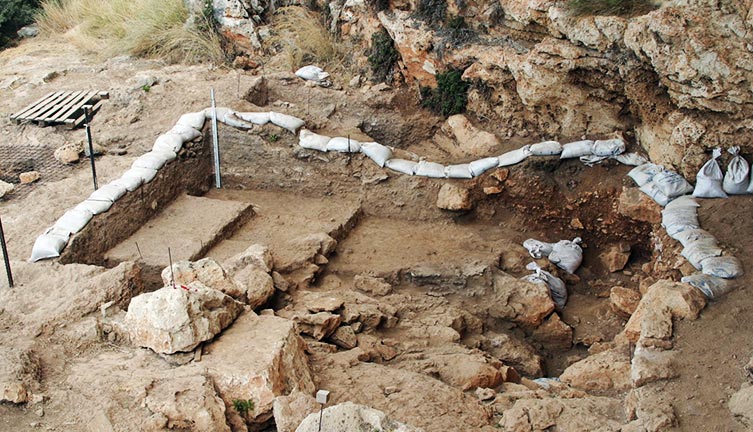 First Modern Human Out of Africa

It’s an upper jawbone fossil. Scientific name is Misliya 1. The earliest sample belonging to the modern human, Homo sapiens, unearthed out of Africa. And what does it tell us? It tells us that Homo sapiens left Africa at least 50 thousand years earlier than we knew, and that the early modern humans had the potential of engaging in cultural and physical relationships with other archaic human groups for a longer time than previously thought.

The discovery belongs to a crowded group of researchers including Tel Aviv and Binghamton Universities. The fossil was dated back to be between 175,000-200,000 years old. The team used several different dating techniques and also compared the fossil with other hominin fossils from Africa, Europe and Asia by using 3D modelling.

While the anatomic details were fully consistent with modern humans, some features also resembled those in the fossils of Neanderthals and other human groups. The findings suggest that our Misliyan kin were capable of hunting large animals, control fire and use stone tools. So, they were quite similar to the earliest modern humans in Africa.

“The region of the Middle East represents a major corridor for hominin migrations during the Pleistocene and has been occupied at different times by both modern humans and Neanderthals. This new discovery opens the door to demographic replacement or genetic admixture with local populations earlier than previously thought,” says Dr Rolf Quam, from Binghamton University. The fossil has helped many pieces of the puzzle to finally fall into place.