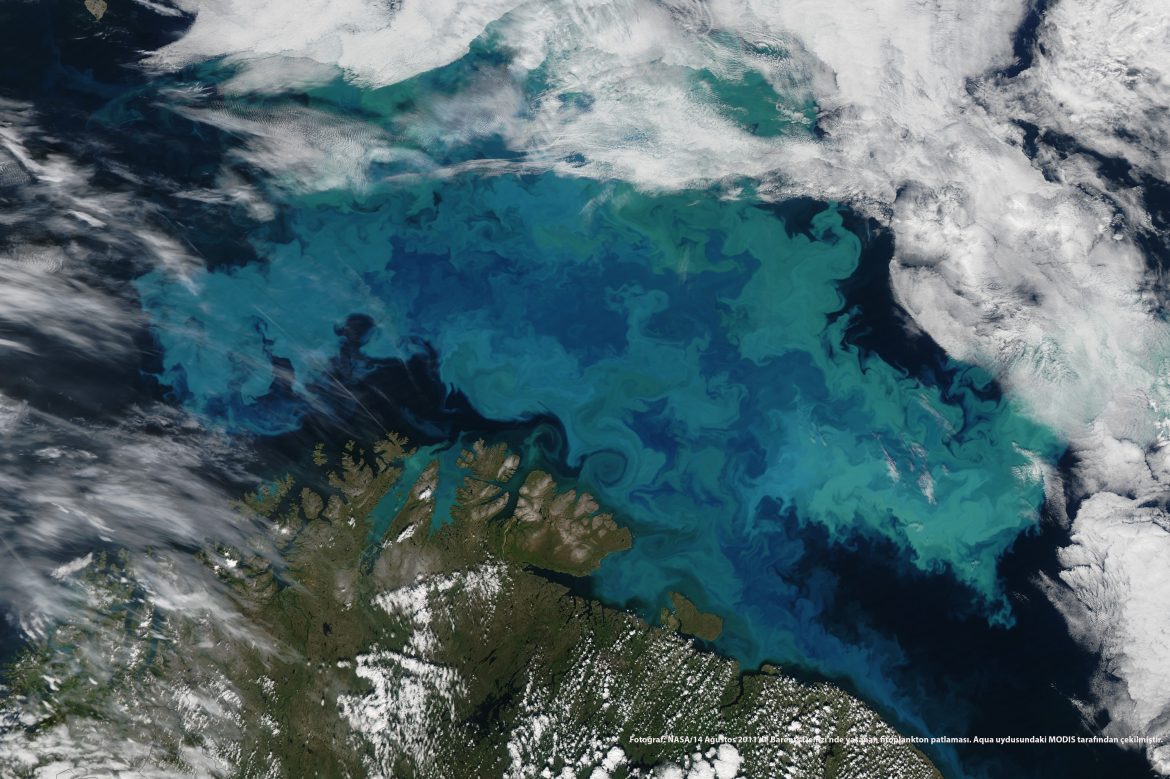 As it seems, climate change will also cause a change in the colour of oceans covering three forth of the Earth. A few centuries later, we will still be calling our home the “blue planet” but it may not be the same blue.

It is already known that the oceans are warmer than they were in the previous centuries, due to human-induced global warming. This change affects the phytoplankton, or the algae living in the oceans, causing regional changes in colour. This phenomenon can be distinguished via satellites, and it gives us a clue about the balance in marine ecosystems.

Scientists from MIT have developed a simulation that examines the growth and interactions of different phytoplankton species. This simulation helps them explore the effect of increasing temperatures rise on the balance of these species in various parts of the world. Besides, they were also able to predict the impact of global warming on the colour of oceans, taking into account the wavelengths of sunlight absorbed and reflected by the seas. Apparently, by the year 2100, a significant colour change will be observed in 50 percent of the seas.

Sea colour is determined by the interaction of sunlight with water. The water molecules absorb almost all colours except blue, and reflect the blue region on the sunlight spectrum that falls upon them. Therefore, the open seas hosting less life appear dark blue from space. If a large number of organisms live in the water, they can change the water colour by reflecting different wavelengths according to their species. The chlorophyll contained in the phytoplankton, for example, absorbs most of the blue spectrum to produce carbon, but reflects green. As a result, algae-rich seas appear greener.

According to the study, subtropical waters, which are currently blue, will become a darker blue as the number of species will decrease due to climate change. In the poles and regions close to the equator, however, increasing water temperatures will phytoplankton blooms, and this will make these regions greener.

In fact, it is not possible to make a definitive decision about the effect of climate change by merely looking at the number of phytoplankton species, or organisms containing chlorophyll. Climatic events like the El Niño may increase chlorophyll content locally by changing the nutrient flow every few years. Therefore, we cannot always know if such colour changes are due to climate change or other big natural phenomena.

Stephen Dutkiewicz, the leading name in MIT’s research, says that the colour change put forth by the simulation is not going to be notable to the naked eye, that the current appearance of the oceans will not change much, meaning the blue areas will still remain blue, and the green area and green. So, the basic pattern will not change. But the food network that the phytoplankton supports will definitely be affected. This means the existing food chain balance may be corrupted.