Skip to content
Homepage Biology Caterpillars to The Rescue! 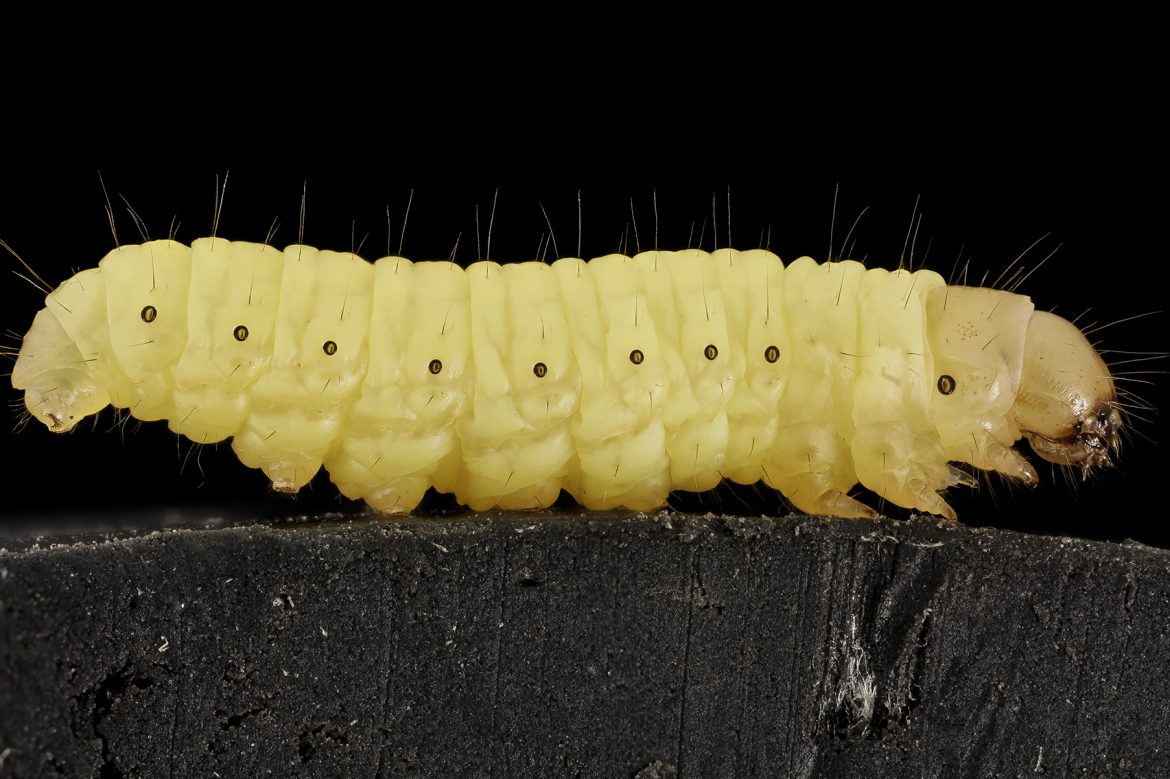 Caterpillars to The Rescue!

Being a scientist is cool enough but if you make a chance discovery while dealing with your amateur hobby and come up with a potential solution to one of the planet’s major problems, “being cool” probably gains a whole new level! This is exactly what happened to Federica Bertocchini, a Spanish scientist who also happens to be an amateur beekeeper. While she was trying to save her hives from the larvae of a pest species, she discovered that these creatures may be quite beneficial after all.

Galleria mellonella, the wax worm or wax moth, is considered one of the most common parasites living in bee colonies. They lay their eggs inside hives where the larvae hatch and grow, feeding on beeswax.

But something produced by these caterpillars appears to be able to break down chemical bonds in the plastic used for packaging and shopping bags, and works quite fast! Bertocchini discovered this phenomenon when she placed these caterpillars temporarily in a plastic shopping bag, only to find it full of holes in a short time.

After conducting a timed experiment, Bertocchini and her colleagues saw that about a hundred wax worms started boring holes on a plastic bag after just 40 minutes, and caused a considerable reduction in the bag’s plastic mass after 12 hours. This is an extremely fast degradation rate when compared to other recent discoveries.

The researchers then conducted spectroscopic analysis to show if the chemical bonds in the plastic were breaking and saw that the worms did transform polyethylene into ethylene glycol, breaking the polymer chains into its monomers. Furthermore, the team mashed up some of the worms and smeared them on polyethylene bags, obtaining similar results and confirming it wasn’t just the chewing mechanism of the caterpillars degrading the plastic but an enzyme actually breaking up the bonds. They are now aiming to isolate this enzyme.

Polyethylene is largely used in packaging, and accounts for 40% of total demand for plastic products across Europe. People around the world use around a trillion plastic bags annually and a large portion of this plastic ends up in landfill sites, where it takes between 100 and 400 years to degrade. Scientists say the discovery could lead to a biotechnological approach that may help us fight plastic pollution threatening many habitats and species.