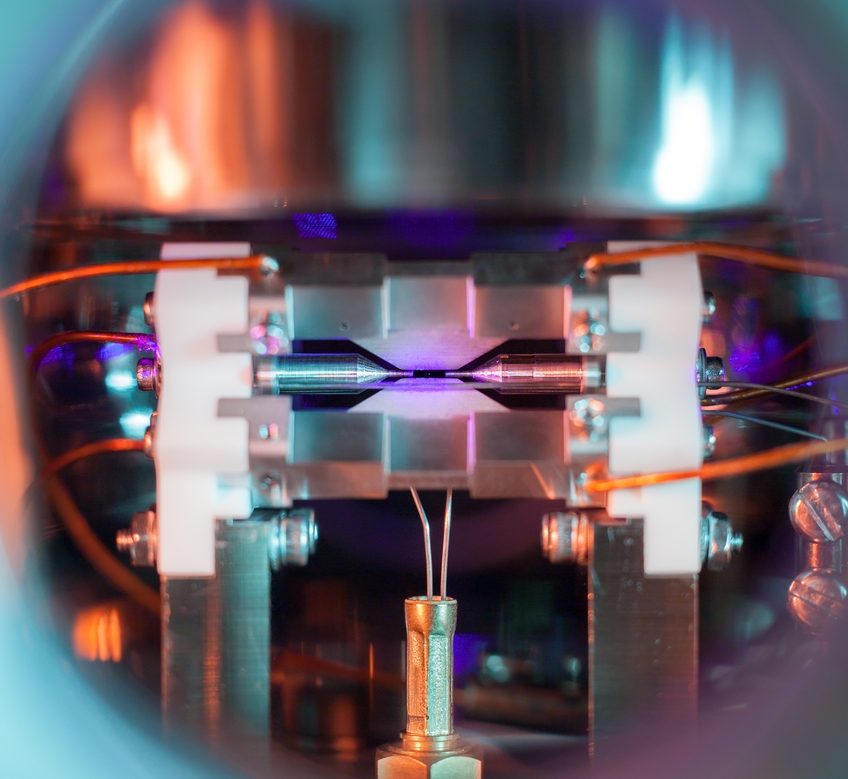 Atom Captured With the Naked Eye!

With a diameter of roughly 215 billionths of a millimetre, a single strontium atom was photographed by a Ph.D. candidate in Oxford University laboratories, using an ordinary DSLR camera on a long exposure shot.

The photograph, which won a prestigious award, captured a positively charged atom suspended in an ion trap. It was possible to actually image and capture an atom in this photograph because the atom absorbs and re-emits the bright light of the laser. So, the photo is actually of the laser light being re-emitted, rather than the outline of an atom. Without the long exposure effect, it would be impossible to see the atom with the naked eye.

This image of a single atom suspended in an electrical field won the 1st prize by Engineering and Physical Sciences Reseach Council's Science Photography Contest, among more than a hundred photographs. The amazing photograph shows a positively charged strontium atom illuminated by blue-violet light on a black bachground. It is held nearly motionless by an electric field emanating from two metal electrodes placed on both sides. The distance between the ion trap's tiny needle tips is less than 2 millimetres.

David Nadlinger took the photograph by looking through the window of the ion trap's ultra-high vacuum chamber. He also used a 50 mm lens, extension tubes (for close-up), colour gels and two flash units.

Nadlinger is not the only winner in the competition. Other winning images include close-ups of kitchen sink soap bubbles and a butterfly wing. You may see all of them here.