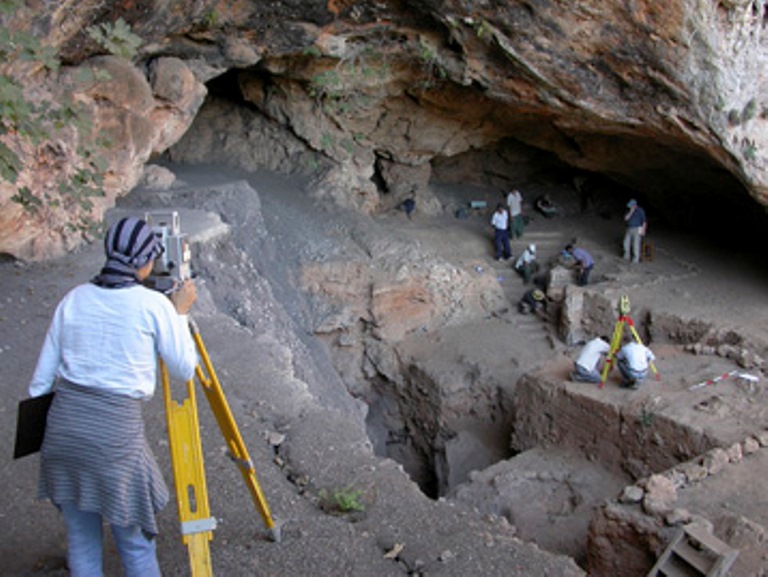 The Oldest DNA from Africa Speaks

About 15 thousand years ago, somewhere in Africa, people were burying their dead in the depths of a cave, placing them in sitting position, leaving beads and animal horns with them. Some chose to bury sophisticated stone arrowheads and points with their dead as well.

The above mentioned graveyard is in Grotte des Pigeons (Cave of the Pigeon), located in today’s Morocco. You may as well call it “the world’s oldest graveyard”.

When this place was first unearthed by archaeologists in 1960’s, they assumed that the small arrowheads belonged to an advanced European culture that had migrated across the Mediterranean Sea to North Africa. It was a time when scientists barely began deciphering genetic codes, and DNA research did not even start crawling.

Today’s DNA technology, however, changed the scenery of the past. When the oldest known African DNA samples were analysed, scientists understood that these people were not of European origin, but were related to both Middle Easterners and sub-Saharan Africans. These results also suggested that more people migrated in and out of North Africa than previously thought. In other words, North Africa was an important migration route and a gathering point for different cultures even 15 thousand years ago.

Where are they really from?

It would not be a lie if we said the origins of Moroccans have been a mystery for a long time. Because more crudely shaped arrowheads and stone tools found in a cave near Oujda in 1908 pointed to a primitive culture that lived here. Similar stone tools were also found in Spain, France, and other parts of Europe earlier.

From this point of view, the idea of "Moroccans from Europe" in the 1960's sounded logical to archaeologist. Assuming that the sea level was lower during the ice age 20,000 years ago, they may have arrived from Gibraltar or Sicily by boats.

However, researchers had the chance to re-evaluate the findings from Grotte des Pigeons in 2005, and managed to obtain mitochondrial DNA of 7 individuals. They found no genetic link to the ancient Europeans. Instead, the ancient Iberomaurusians appeared to be related to Middle Easterners and other Africans