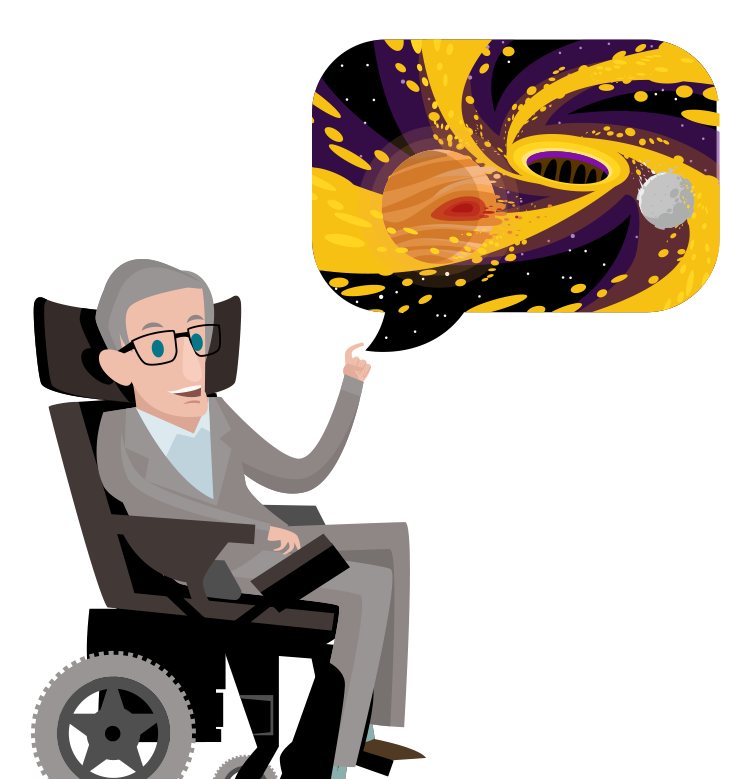 World renowned physicist Stephen Hawking, who had been battling ALS (Amyotrophic Lateral Sclerosis) since the age of 21 and died at his home in Cambridge in March 14th, asserted many interesting and catchy ideas during his life. His amazing, and sometimes scary ideas included various topics like the future of humanity, the dangers of artificial intelligence, the possibility of Earth turning into a Venus-like planet, and black hole phenomena. Live Science compiled citations from some of the statements of this genius mind, who enriched modern physics with many brilliant ideas…

"Shouldn't we be content to be cosmic sloths, enjoying the universe from the comfort of Earth? The answer is, no. The Earth is under threat from so many areas that it is difficult for me to be positive."
Starmus Arts and Science Festival (Norway), 2017

"The human failing I would most like to correct is aggression. It may have had survival advantage in caveman days, to get more food, territory or partner with whom to reproduce, but now it threatens to destroy us all."

"We are close to the tipping point, where global warming becomes irreversible. Trump's action could push the Earth over the brink, to become like Venus, with a temperature of 2500C, and raining sulfuric acid.”

"Although the chance of a disaster to planet Earth in a given year may be quite low, it adds up over time, and becomes a near certainty in the next thousand or 10 thousand years"

"The development of full artificial intelligence could spell the end of the human race."

"If aliens ever visit us, I think the outcome would be much as when Christopher Columbus first landed in America, which didn't turn out very well for the Native Americans."
Discovery Channel, 2010

"The whole history of science has been the gradual realization that events do not happen in an arbitrary manner, but that they reflect a certain underlying order, which may or may not be divinely inspired."

“It is a waste of time to be angry about my disability. One has to get on with life and I haven't done badly. People won't have time for you if you are always angry or complaining.”

“My PA reminds me that although I have a PhD in physics, women should remain a mystery."

“I regard the brain as a computer which will stop working when its components fail. There is no heaven or afterlife for broken-down computers; that is a fairy story for people afraid of the dark."