Skip to content
Homepage Dila Balcı /Translation: Deniz Candaş Are They Messing with Our “Psychology”? 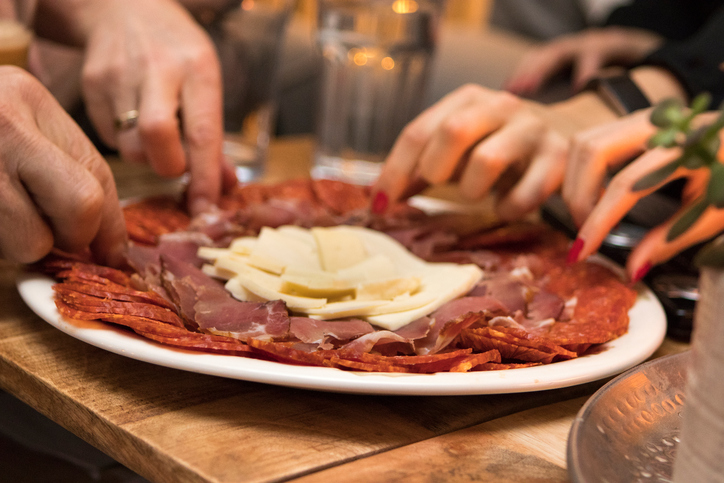 Are They Messing with Our “Psychology”?

Would you give up on the ham in your sandwich if you knew that meats processed with nitrate cause hyperactivity, insomnia and attention loss? A research by Johns Hopkins University reveals that in people experiencing manic symptoms have a story of consuming about three times more processed meat than people receiving treatment for other psychiatric disorders, including schizophrenia. This means ham, salami and jerky might be triggering the onset of manic disorders in some people.

What is your preferred type of meat?

Robert Yolken, lead author of the study reports an extraordinary signalling in the hippocampus of rats fed jerky alongside their usual food. As it seems, jerky also alters the gut flora of rats and gives the nitrates (in the meat) a green card on effecting the nervous system.

The researchers surveyed over 700 volunteer patients suffering from either schizophrenia, manic episodes, bipolar depression, or major depressive disorder, to figure out what type of meat they prefer the most. Those who had consumed the most processed meats mostly appeared in the manic group.

Already labelled as a carcinogen

Nitrogen compounds in the form of sodium nitrite or potassium nitrate have been used for centuries to preserve meats, to prevent decay, and to add colour. These compounds were linked with cancer by the World Health Organization in 2015.

But this time, it’s all about their effects on our gut bacteria. And on our brains. The brain-gut relationship may indeed be more complicated than we think, and we are just beginning to discover the secrets of this relationship.