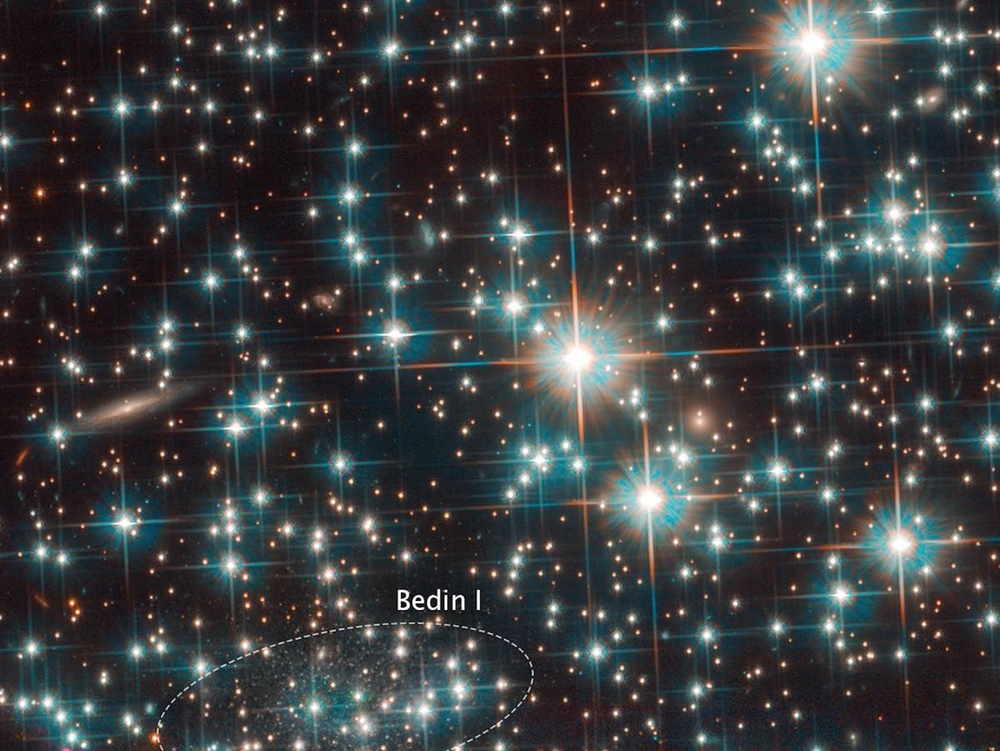 Astronomers discovered a dwarf galaxy in our cosmic neighborhood, by complete coincidence. Scientists were trying to determine the age of globular star cluster NGC 6752 by studying the white dwarfs in it through the Hubble Space Telescope when they made an unexpected discovery.

They noticed a group of stars in the outer fringes of the area being observed. Upon analysing the brightness and temperature of these stars, it was obvious that they did not belong to the cluster. Instead, they were millions of light-years away from it. The galaxy, now named Bedin I, got classified as a dwarf spheroidal galaxy after the inspection of its shape and size.

Bedin I is 30 million light years away from the Milky Way, and approximately 2 million light-years away from NGC 6744, which is the nearest possible galaxy host. These distances show that it is indeed a remote and lonely galaxy, quite far away from even its nearest neighbours.

Most of the observed stars in Bedin I are fairly small and old. This means that the dwarf galaxy spawned all of its stars in a single spurt of activity about 10 billion years ago, and has been waiting in complete silence since then, without producing new stars to replace the dying ones, and without being affected by the cosmic chaos around it.

Astronomers assert that making such discoveries with Hubble is truly fortunate. Wide-angled devices equipped with new technology, like the WFIRST (Wide Field Infrared Survey Telescope) planned to be launched in 2020 will possibly enable us to discover more of these small and lonely galaxies.