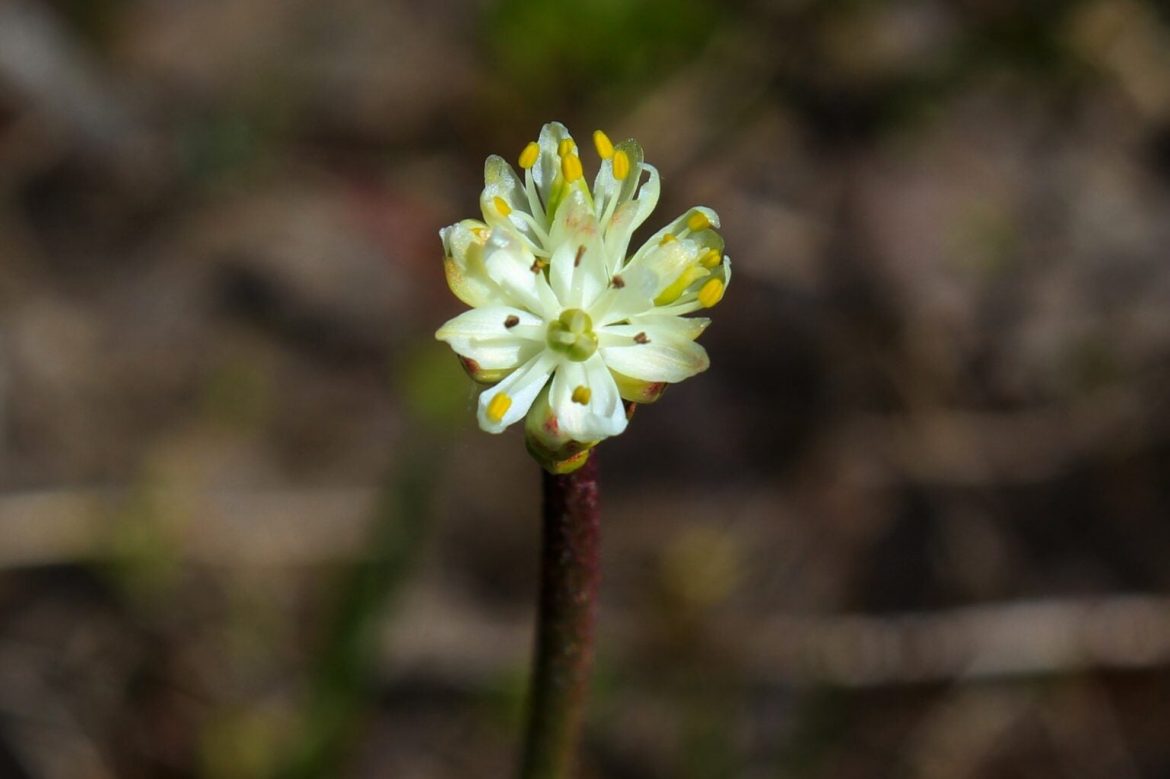 Researchers recently discovered that Triantha occidentalis, a herbaceous plant commonly seen on the west coast of North America, was in fact carnivorous. The worldwide list of carnivorous plants has welcomed only two new members in the past 10 years, and one of them is T. occidentalis. Therefore, botanists are quite excited about the possibility that there may be other plants we think are not carnivorous but secretly enjoying flies and other small insects in their menus.

Carnivorous plants are usually found in sunny, wet areas where the soil is not too rich in nutrients. Their ability to extract nitrogen and phosphorus from the bodies of animals increases their competitive power.

T. occidentalis is distributed along the Pacific coast of North America, found in wetlands and river banks from California to Alaska, next to other known carnivorous plants. However, carnivorous features were never identified in the family hosting this belongs.

The plant can grow up to 60 cm in summer, and a bright exudate can be seen on the sticky reddish hairs on its stem. Although scientists did encounter insects trapped on these hairs before, it’s a common feature in the plant world, as a defence mechanism against pest insects and other animals that have no role in pollination. This is why the plant’s carnivorous nature has escaped the attention of scientists until now.

One of the researchers was intrigued upon noticing that a gene involved with photosynthesis in plants was lacking in T. occidentalis, because this gene is known to be missing in various carnivorous plants. “That’s what made us suspicious,” Graham says. “They’re already trapping insects, so it’s probably not that hard to take the next step and actually start consuming the insect.”

To confirm their findings, Graham and his team used a rare isotope of nitrogen (nitrogen-15). They fed fruit flies with foods containing this isotope, and then attached the flies to the leaves and stems of various plants in the field. A few weeks later, they collected samples from these plants to examine if nitrogen-15 had accumulated in those plants. The isotope would be detected in the plants if they consumed the flies. The results were just as they expected: 64% of the nitrogen in T. occidentalis came from the flies fed with nitrogen-15. This ratio is very close to that in plants known to be carnivorous. Furthermore, they also identified a digestive enzyme called phosphatase, which is also found in other carnivorous plants, on the sticky hairs.

Another feature that makes T. occidentalis interesting is that it is one of the few monocotyledonous carnivorous plants. The stem structure of monocots is generally regarded as unsuitable for developing such complex traps. Therefore, this is also considered an important achievement in the study of the evolution of carnivorous plants.