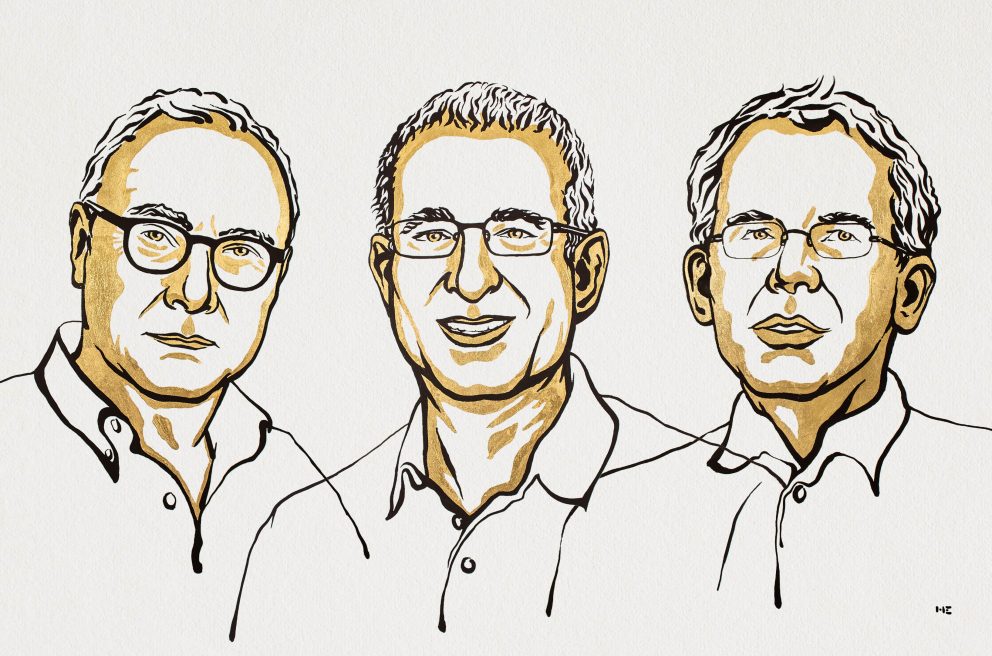 The Nobel Prize in Economics, the official name of which is the Sveriges Riksbank (Swedish Central Bank) Prize in Economic Sciences, which is given every year after all the Nobel Prizes are distributed, and is not actually included in Alfred Nobel’s will, found its owners with a ceremony held on October 11th, 2021.

This year’s award was shared between David Card (University of California, Berkeley), Joshua D. Angrist (MIT) and Guido Imbenz (Stanford University), who work at different universities in the USA and are originally very good friends.

Half of the award went to Card, for his empirical contributions to labour economics, by developing new insight into the dynamics of labour market through real-life experiments. The other half was shared between Angrist and Imbenz, for their methodological contributions to the analysis of causal relationships, by studying how to reach definitive judgments about cause and effect through “natural experiments,” or examples from real life. The revolutionary methods developed by these three scientists spread to and gained acceptance in other fields of research.

The source of many problems in social sciences is based on explaining the cause-effect relationship: What is the impact of immigration on pay and employment? Does the duration of the education have an effect on the future income of a person? It is not easy to find the answers to these questions, because we do not have data for making comparisons. We cannot know the exact outcome if there had been less immigration or if that person had not continued his education. The researchers who received this year’s Nobel Prize in Economic Sciences have shown that it is possible to answer such questions using natural experiments.

It seems that the key is to use situations where chance events or policy changes cause different effects on different groups of people, similar to those in clinical trials in medicine.

Using natural experiments, Card analysed the labour market effects of minimum wage, immigration and education. His work since the early 1990s has led to new analyses and insights, beyond conventional knowledge. We now know that while the wages of those born in a country can benefit from immigration, while people who immigrated at an earlier time risk being adversely affected. We also realized that what schools provide is much more important than previously thought for the future success of their students in the labour market. In addition, Card’s studies on the relationship between minimum wage and employment, which was once accepted as a law, proved a true plot twist for other economists. Card has shown by natural experimentation that an increase in the minimum wage does not necessarily lead to an increase in employment.

However, it is not always easy to interpret the results from a natural experiment. For example, extending compulsory education by one year affects all students in the same group. Still, some students continue to study, and the importance of education for them does not represent the importance of education for the entire group. However, we can draw firm conclusions about the effects of an extra year in education. In the mid-1990s, Angrist and Imbens solved this methodological problem by showing how to make firm judgments about cause and effect through natural experiments.

Speaking at the ceremony, Peter Fredriksson, chair of the Economic Sciences Prize Committee, summarized the reason for giving the award to these three valuable researchers with these words: “Card’s studies of core questions for society and Angrist and Imbens’ methodological contributions have shown that natural experiments are a rich source of knowledge. Their research has substantially improved our ability to answer key causal questions, which has been of great benefit to society.”