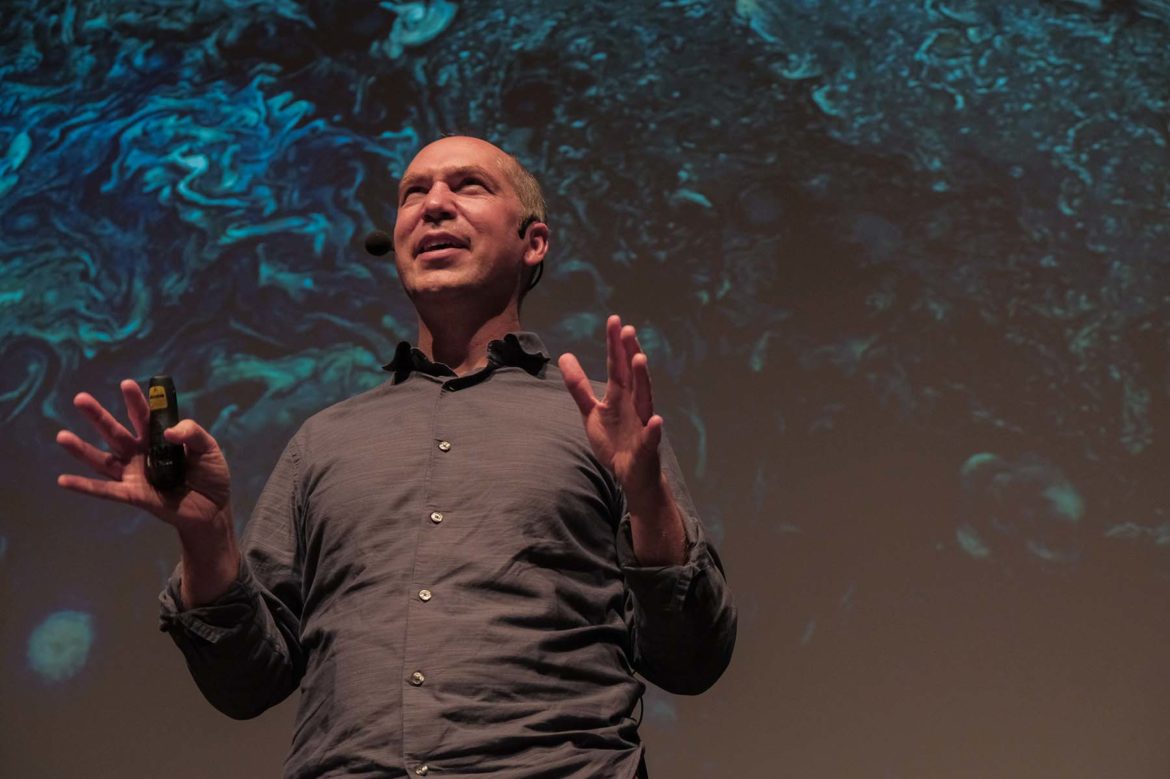 In this exclusive interview with KURIOUS, Goods shares insights into his role as a designer and visual strategist and talks about science and research communications.

You work as a designer and visual strategist at NASA JPL. Can you tell us a little about the purpose of the JPL?

JPL is a leader in the robotic exploration of the solar system and the universe. We have scientists who are asking questions about the universe, and engineers who are creating instruments to answer those questions. I think of us as doing what’s on the edge of possibility. We try to do one-of-a-kind things that no one has ever done. That’s really, really hard. If it was easy, then someone else can go and do it. If it’s really hard, then those are the challenges we take on.

Educating the public about important scientific research is as rewarding as it is important. What do you think is the best strategy for communicating science to the public? 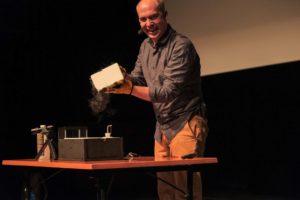 Which projects have you been most excited about?

I really liked the “Hi Juno” project. It was using a spacecraft in a way that wasn’t meant to be used. And that was, working with lots of people around the world to say something positive. Just saying “hi” to the spacecraft flying by the Earth. I also really enjoyed the Pulse sculpture, because it’s something that gives a sense of the heartbeat of space exploration, and I think the abstract way that it’s shown, people connect to it, they get it right away. They go, “Oh, we’re sending information to a spacecraft, and information is coming down, and this is how much.” So, I liked those two.

I have always admired people like Carl Sagan, for advancing science communication. Do you have a hero whose work inspires you the most? 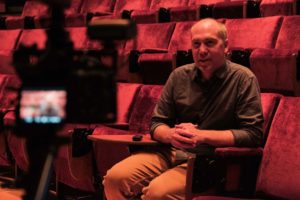 I think, again, what Sagan did was that he didn’t just talk about facts, but he did everything in a poetic way. And he’d use fewer words, but get across more information than most people would, or do nowadays. So his poetry is what made him special. And to me, there isn’t anyone particular person. I think there’s just lots of people I glean information from and I see that bits of poetry. So I wouldn’t say there’s any particular… Carl Sagan would be one of those heroes, I suppose.

Sometimes the line between science art is blurred. What are the biggest challenges in visualizing scientific data? How do you tell a story with your designs?

What’s interesting about science and art is that they are both asking questions and experimenting and exploring those questions. And many times the finished thing is not what’s most important, it’s the journey towards it. Right now, what’s really hard is that there are many scientific concepts that we have no way of understanding what those things may look like or be like. They’re so foreign to our minds that it’s hard to express them. Whether it’s quantum entanglement or weird, strange worlds like that. Or dark matter: We don’t even know what it is. 96 percent of the universe, we don’t know what it is. And that makes it hard to wrap your head around and try to express in some way. So, I think that’s one of the big challenges right now. And it may not be a whole lot different from the years past, because I think whoever is working on the edge of scientific thought is really working on things that we’re not accustomed to really even thinking or understanding.