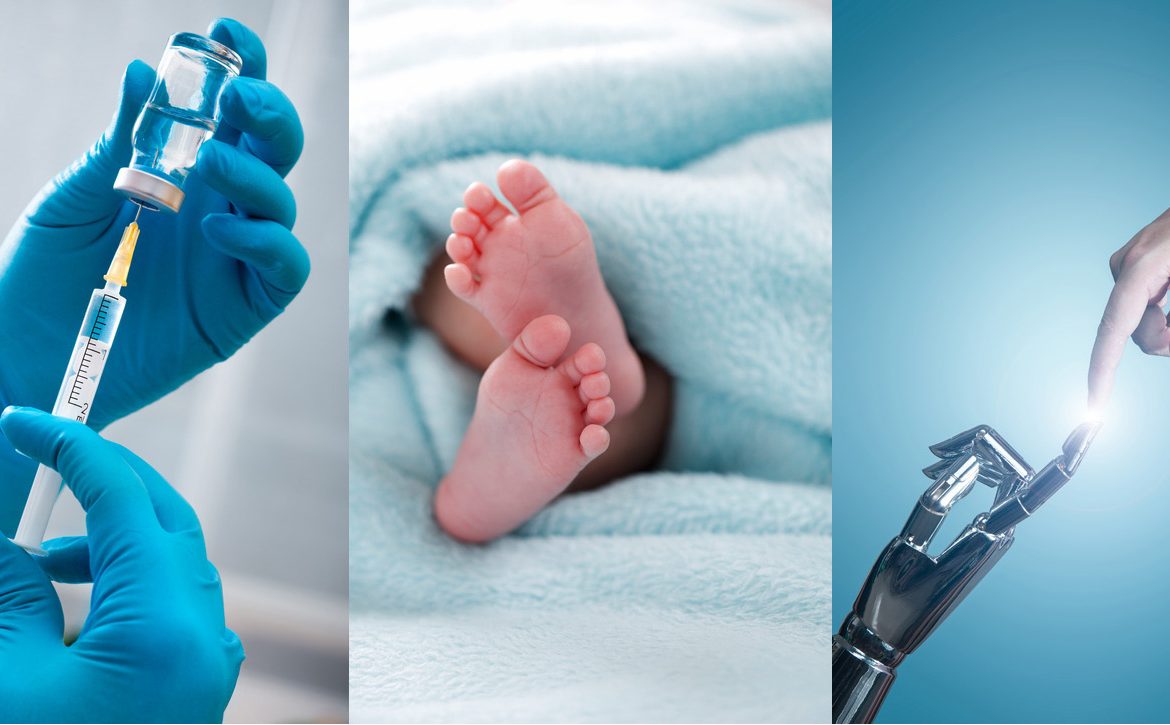 Innovations That Will Leave a Mark on 2019

For the first time, MIT’s breakthrough list for Technology Review has been picked by a contributing editor in 2019. Microsoft founder, and former CEO Bill Gates seems like the perfect “first contributing editor” choice as he was correct in his past predictions about the rise of home computers, the graphical desktop operating system, and the internet.

Here are the technological advances of 2019 that will have the highest effect on human life, according to Bill Gates.

Robot dexterity: While robots are quite capable of repeating a particular job, they are considered pretty clumsy to work with undefined media and materials. It will be a very important development to have the robots gain the ability to grasp an object by just visual information.

If robots can learn to deal with the mess of the real world, they can do much more. OpenAI, working on this subject, is looking into the ability of an artificial neural network to learn how to manipulate objects in a virtual environment by itself, and how this information can be used by a robot hand in the real world. This technology is expected to be available in 3 to 5 years.

New generation nuclear power: Advanced fission and fusion reactors are about to become real. Fusion reactors, previously deemed as nothing but a dream, showed great improvements, especially in the past year. At the same time, the fourth generation fission reactors, with their small and modular structures, are approaching step-by-step to make this type of energy available and safe –the energy that was once considered very harmful to the environment. Traditional reactors produce around 1000 megawatts energy, while the new generation of small and modular reactors will have a capacity of around 10 megawatts.

While such reactors are preparing to supply energy to the system by 2020, any commercial applications for fusion reactors seem difficult before 2030.

Predicting preterm birth: The leading cause of death in children under 5 years old is known to be the preterm birth. Quite soon, it will be possible to see if the expectant mother is at risk of preterm birth, via a simple blood test.

The blood of pregnant women contains genetic material from the fetus, the placenta and the mother herself floating freely in the form of DNA and RNA. The amniocentesis test, which was used to be performed by puncturing the pregnant mother’s belly to obtain a sample, will become easier with the help of developments in technology that enable reading the information from free-floating genetic material in the blood. Experts think that a simple test that can be applied in a doctor’s office can be developed within the next five years.

The gut probe in a pill: A small ingestible device will enable taking detailed images of the digestive system without anesthesia, even in children and infants. This device will make it easier to screen and examine intestinal diseases, including the EED (environmental enteric dysfunction), which prevents millions of children from growing properly in poor countries. The cause and treatment of EED, which manifests itself by intestinal inflammation and poor absorption of nutrients, is currently unknown. That is why Guillermo Tearney, a pathologist and engineer at the Massachusetts General Hospital (MGH) in Boston, is developing small devices that can be used to look for signs of EED in the intestines and to even obtain tissue biopsies.

These devices, which can be used in simple patient visits (unlike endoscopes), are already being tested on adults, and infant testing is planned for 2019.

Custom cancer vaccines: This new method of treatment basically describes the mutations unique to each tumor, and encourages the body’s natural defence systems to destruct only the cancerous cells.

Conventional chemotherapy methods severely damage healthy cells, and they are not always effective against tumors. The newly developed vaccine, if it works as expected, will significantly reduce the damage to healthy cells. The attacker immune cells will also play an active role in detecting stray cancer cells after the initial treatment.

Researchers have confirmed that all cancer cells contain thousands of mutations, most of which are unique to each tumor, when they compared the tumor cells’ DNA to that of healthy cells and of other tumor cells. A German organization, BioNTech, has provided strong evidence that a vaccine containing copies of these mutations can stimulate the body’s immune system to produce T cells that can be used to investigate, attack and destroy all cells that contain these mutations.

These vaccines are currently being tested on humans.

The “cow-free” burger: Depending on the animal, producing one kilogram of meat protein by industrialized methods requires 4 to 25 times more water, 6 to 17 times more soil and 6 to 20 times more fossil fuel than producing one kilogram of plant protein. Livestock farming is also destroying forests, and releasing more greenhouse gases than all industrial enterprises. As people with high welfare levels are not expected to stop eating meat soon, scientists think that laboratory-grown and plant-based alternatives may be the best way to limit this destruction on the planet.

Carbon dioxide catcher: Even if we slow down carbon dioxide emissions today, the effects of greenhouse gases released so far may continue for thousands of years.

The UN climate panel concluded that the world must remove 1 trillion tons of carbon dioxide from the atmosphere in this century to avoid a dangerous rise in temperatures. David Keith, a climate scientist from Harvard University, has calculated [in theory,] that machines can trap carbon dioxide for less than $ 100 per tonne by a method known as direct air capture. However, what to do with the carbon removed from the atmosphere is also a problem that needs to be solved. A company owned by Bill Gates, and where Keith is a partner, started working to accelerate the production of synthetic fuel from this carbon.

At the same time, an Italian company is planning to produce methane gas from carbon dioxide captured directly from the air, while a Swiss company is planning to sell it to companies producing carbonated soft drinks. With all of these methods, carbon dioxide will eventually be released into the atmosphere. Our main goal should be to capture all greenhouse gases completely, but the methods to be used for this purpose seem quite expensive.

Wearable ECG device (on your wrist): Advances in technology make it easier for people to continuously monitor their heart rhythms with wearable devices. Pulse-measuring watches are not considered as serious medical devices. And the kind of electrocardiograms used by doctors used to require visiting clinics.

Thanks to new regulations and technological advances, ECG-enabled smartwatches are now able to take measurements closer the precision of a medical device. While the current wearable devices still have only one sensor, a real ECG has 12. No wearable device can detect a heart attack yet, but this is about to change. Last autumn, a company called AliveCor presented an application that could detect a particular type of heart attack and a two-sensor system to the American Heart Association for evaluation.

Sanitation without sewers: Approximately 2.3 billion people do not have proper sanitary conditions. The absence of proper toilets obliges people to dump their feces into nearby puddles and rivers, causing the spread of bacteria, viruses, and parasites that can cause diarrhea and cholera. Diarrhea causes one in nine child deaths worldwide.

A toilet developed at the University of South Florida filters out the waste with an anaerobic membrane that has pores smaller than bacteria and viruses. In another example, Biomass Controls’ container-size refinery heats waste to convert it into a carbon-rich material that can also be used as a fertilizer. One obstacle for these solutions is that these toilets do not work at every scale. The Biomass toilet, for example, requires about ten thousand users a day, which means that it will not be suitable for the small villages. Researchers plan to make these toilets cheaper and smaller in the next 1-2 years.

Smooth-talking AI assistants: We got pretty much used to AI assistants like Siri and Alexa. However, these assistants can only understand directives in specific patterns, and they have not yet succeeded in making all aspects of our lives as easy as promised. However, certain new developments are about to expand the repertoire of your digital assistant.

In June 2018, researchers at OpenAI developed a technique that trains AI on random text to manually categorize all data and to avoid the cost and time required for labeling. A few months later, a team on Google announced a new system called BERT, which can learn how to predict missing words by working with millions of sentences. In a multiple-choice test, BERT scored as successful as humans in filling in the gaps.

When such developments are coupled with better speech synthesis, our assistants will do more than receiving simple orders –they will be able to have conversations, and carry out speech-based tasks such as booking a restaurant or coordinating the delivery of your incoming cargo.