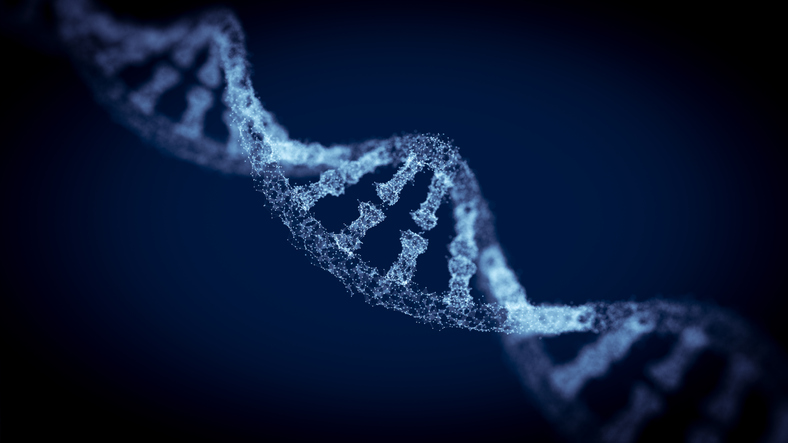 The majority of the genes in organisms possessing membrane-bound compartments like the nucleus, vacuole, and chloroplasts carry special regions called introns. Introns do not contain genetic information, but they are still produced as part of the messenger RNA. However, they are excised and disposed of simultaneously with their production. A mature mRNA almost never has introns except for a few interesting cases. As the length and number of intron regions increase, a contradiction occurs that strains the cell’s budget. For example, the gene for dystrophin proteins that enable the fibres in human striated muscle cells to attach with each other carry 78 intron regions. The transcription of mRNA required for the expression of the protein encoded by this gene takes more than 16 hours. Come to think of how difficult “body building” is!

Biologists have long argued about why the introns, which are eventually cut off and seem to be nothing but a waste of resources, are so widespread in the world of the living. For some, these structures are a legacy from the RNA World, which is considered as the origin of life. According to one hypothesis suggested by the scientists known as the “early intronists”, introns have existed for a long time, but the evolutionary process slowly eliminates these structures over time. In exact contrast to this, the assumption of late intronists argues that introns are relatively new structures and are increasingly expanding into genomes. There are plenty of examples to support both assumptions. Therefore, the debate has not yet come to a conclusion.

What kind of a selective advantage do the introns provide in terms of evolution? There are many hypotheses on this topic. Introns can help align the coding regions of genes in a variety of ways, just like the coaches of a train. Thus, they can modify the mRNA sequences, enabling the production of multiple proteins from a single gene. For example, the DSCAM gene, which determines the orientation of nerve endings and provides intercellular adhesion in the brain of fruit fly, can produce 38 thousand different proteins. DSCAM protein is also associated with Down syndrome in humans. Furthermore, introns may be acting like bridges that help the regions that regulate gene activity become closer together by providing long-range interactions across the DNA chain. Similarly, they may be forming “gene loops”, bringing the start and end of genes closer to each other. These gene loops may be ensuring that the enzyme RNA polymerase, which consists of 12 subunits required for the transcription of mRNA, maintains its integrity without breaking down and awaits in paused state by the start site of the gene for clearance to start another round of transcription. Intron-assisted gene looping may therefore provide an adaptive benefit that improves efficiency by enabling an uninterrupted mRNA transcription required for the expression of proteins that are constantly used in the cell.

Two studies published together in the January 2019 issue of Nature provided a new dimension to the possible functions of introns. In the experiments carried out independently by a French and an American study group, all of the total 285 intron regions in the genes of baker’s yeast were systematically deleted. Observations on the intron-free yeast were interesting. The absence of introns under conditions of “prosperity” had no effect. But under stressful conditions, when the medium became crowded as the cells multiplied, and headed towards a shortage of food, the competitive power of the intron-free yeast clearly deteriorated.

Introns  appeared to have a role of limiting the cell’s budget at times of distress. The researchers focused on the TOR gene, which has been strongly conserved in evolutionary terms in animals, fungi and plants. The gene’s name comes from the first letters of “target of rapamycin”. Rapamycin is an antibiotic produced by a bacterium discovered in the soil samples taken from the Easter Island in the 1960s. Rapamycin is used extensively in medicine, as it can decrease tissue incompatibility after organ transplants by suppressing the immune system. Rapamycin-targeted TOR protein, has an inhibitory function on the resource usage of the cell, depending on the nutrient levels. We do not yet know how exactly introns interact with TOR, but it is possible that they stop the production of structural proteins that keep the ribosomes functional, which act in the final step of gene expression as the protein-manufacturing sites. In any case, an important step has been taken, with special reference to the baker’s yeast, to understand the function of these common structures.

After all these developments, the spotlights are now turned towards the organisms whose introns became enormously large throughout the evolutionary process. The genomes of gymnosperms, which include the conifers, are extremely large, and the introns in their genes are also as long. So long, that when you compare their introns to those of other plant groups, the difference is as striking as a marathon runner compared to a 100 m runner. When the genome sequence of sugar pine (Pinus lambertiana) was published, the term “genome obesity” found its true definition. The sugar pine genome is 10 times larger than the human genome, and is the most gigantic plant genome that researchers ever attempted to sequence. Do the introns of gymnosperms also have a function that increase the survival success under harsh conditions? Studies focusing on gene expression can shed light on this curious subject.