Skip to content
Homepage KUUPJ Eating Disorders and the Brain 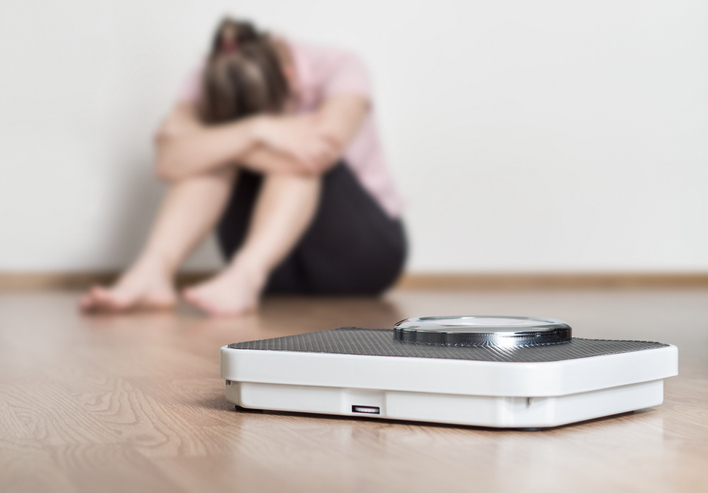 Eating Disorders and the Brain

For example, Binge Eating Disorder is associated with recurrent episodes of food consumption in very large quantities during which the patient reports a sense of lack of control, shame and extreme distress. It is also not rare that these episodes are followed by what is known as purging, a period of unhealthy compensation for the previous binge episode. A cycle of binge-eating followed by a period of purging characterise Bulimia Nervosa, another life-threatening eating disorder. In patients with Anorexia Nervosa, the main problem is a distorted view of oneself as patients’ unhealthy desire to be thinner does not seem to go anywhere even when the individual is extremely underweight. Moreover; Anorexia Nervosa and Bulimia Nervosa patients experience disturbances in their body image perception and an intense fear of gaining weight.

One of the cognitive correlates of eating disorders has been found to be ”attentional bias”. Patients with Eating Disorders engage in symptomatic behaviors such as going on extreme diets by selectively attending to disliked body parts.

Another cognitive correlate of Eating Disorders, “cognitive rigidity”is defined as experiencing difficulty in mentally adapting to new situations. some researchers suggested a mediation model in which perfectionism mediates the relationship between cognitive rigidity and the drive for thinness.

The behavioural manifestations of eating disorders have neural correlates in the brain and studies have found differences in the functioning of amygdala, which plays a key role in emotion processing, and can explain intense fear of gaining weight.

Another neural mechanism that is related to Eating Disorders is the thalamo-insular subnetwork, comprising amygdala, thalamus fusiform gyrus, putamen and the posterior insula. Such regions are known to be involved in interoception, which is the perception of one’s bodily states and is found to be impaired for Anorexia Nervosa patients. Furthermore, it is suggested and supported by neurological evidence that Bulimia Nervosa and Binge-Eating Disorders patients have a weaker reward related inhibitory control mechanism compared to Anorexia Nervosa patients. This means that individuals suffering from Bulimia Nervosa and Binge-Eating Disorder, both of which are associated with binge eating and purging behaviour, have more difficulty controlling their urge to stand against even small rewards, characterized by neurological differences in reward system of the brain.

Understanding the cognitive and neural correlates of EDs are important to develop and implement better clinical interventions.

Please go to http://kuupj.ku.edu.tr to download the latest issue and read the article in full.