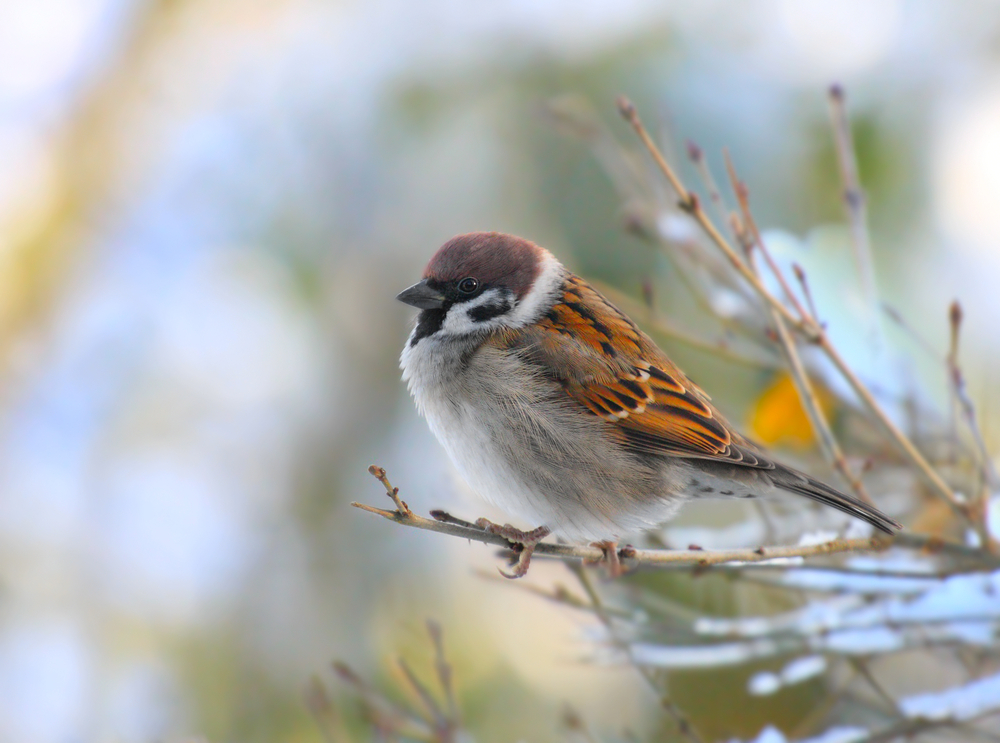 Have you ever thought about the impact of noise pollution and COVID-19 restrictions on birds? If you remember, we shared with you a study on the negative effects of light pollution, which is one of the environmental problems, on birds. (See: The Impact of Night Lights on Birds). The study focused on the negative effects of light pollution on birds. In this article, we will highlight the environmental impacts of COVID-19 restrictions on birds in conjunction with the previous study. 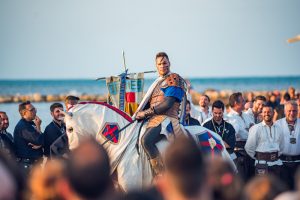 Until now, many studies have been conducted on the wildlife impact of noise pollution. However, only a few of these studies have focused on the effect of unpredictable and intermittent noises that may be caused by recreational activities on urban fauna. Researchers from the University of Valencia and the University of Alicante investigated whether noise pollution from Moors and Christian festivals affected the ability of house sparrows to reproduce. The respective Moors and Christian festivals are traditional religious events occupying an important position in Spanish culture. These festivals are seen as a celebration of victory and have been held for over 250 years. During these festivities’ many activities take place including concerts, cooking competitions, and fireworks displays. However, although these activities may sound appealing to humans; to wildlife, they may cause noise pollution in the immediate area.

Let’s focus on the effects of noise pollution that may change the reproductive success of birds. Firstly, let’s consider anthropological noise. “Anthropology”, of Greek origin, is defined as the science of humanity, where the words “Anthropos” (human) and “Logos” (science) come together. Anthropogenic noise, on the other hand, is a technical term for human-made noise. Anthropogenic noise has two main types, of which the first one is unpredictable “intermittent sound”, an example of intermittent sound would be fireworks. The second one is “chronic sound”, and these sounds are usually predictable, like the noise made by traffic on a motorway.

As highlighted at the beginning of our article, numerous studies have been conducted to examine the effects of chronic sounds on wildlife. With these studies, it has been understood that besides the negative effects of noise pollution on the physiology of birds, the most common effect is on the behavioural patterns of these creatures. Factors such as increased vigilance decreased foraging, and changes in breeding selectivity, are examples of these changing behaviours. We need to uncover these important subjects to shed light on behavioural changes that affect the reproductive success of birds. 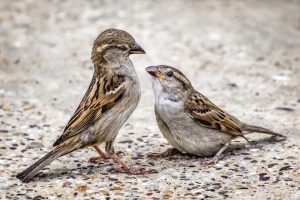 Previous scientific studies have shown that noise pollution can reduce the time a parental bird spends in the nest with its offspring. As a result, this can lead to poor incubation conditions. On the other hand, studies show that creatures living in cities with intense, and persistent chronic sounds, have been able to adapt to the nosier environment gradually. However, it should not be forgotten that unpredictable sounds can be intermittent, making it difficult for bird populations to adapt to these specific sounds. Therefore, intermittent sounds pose a strong threat to birds.

Scientists from the University of Valencia and the University of Alicante determined whether the anthropological noise caused by the annual traditional celebration affected the reproductive success of the nearby house sparrow population. As mentioned previously, during these festivals, fireworks are used extensively. Each firework can produce a sound ranging between 120 and 170 decibels, the level of noise at a rock concert is about 110 decibels, so from seeing these figures, it can be predicted that the intermittent sounds of fireworks would be quite frightening, especially for birds.

The study analysed the reproductive success of house sparrows in 10 locations of the Valencia region, based on the situation that festivals can occur both in and out of the typical breeding seasons in 2019 and 2020, respectively. To conduct the sampling, the researchers first counted juvenile individuals on the 30th day and after the 15th day at the end of the festival. As a result of the analysis carried out in 2019, it was clearly understood that the number of juveniles in the 10 towns where the festival is held outside the breeding season is higher than the number of juveniles in the districts where the festival is held during the breeding season. However, in 2020 the COVID-19 pandemic caused the cancellation of these annual festivals. Fortunately, researchers were able to turn this into an opportunity and count again in the towns that coincided with the festival time of the breeding season in 2019. As a result of this census, juvenile productivity in these towns was equal to control towns, which held festivals outside the breeding season. Despite this, the COVID-19 restrictions in 2020 did not have a positive effect on juvenile productivity in control towns.

Finally, we must ask the question; why didn’t these COVID-19 restrictions show any significant impact on the normal reproductive success of the species, while breeding success improved where festivals were cancelled due to these very same restrictions? Evidently, these changes may be related to other factors affecting bird habitats, such as the availability of food and/or other environmental pollution issues. It has been shown, through the course of this article, that researchers emphasize how traditional festivals are an important cultural heritage, but may have negative effects on the bird population due specifically to noise pollution levels. Therefore, in order to counteract both chronic and intermittent noise pollution, governments and/or local authorities need to not only recognize these issues but also work towards imposing stricken regulation of control regarding noise pollution levels during these festivities and events.