Skip to content
Homepage ARTICLES From Genes to the Edge of Chaos: How Chaotic Are You? 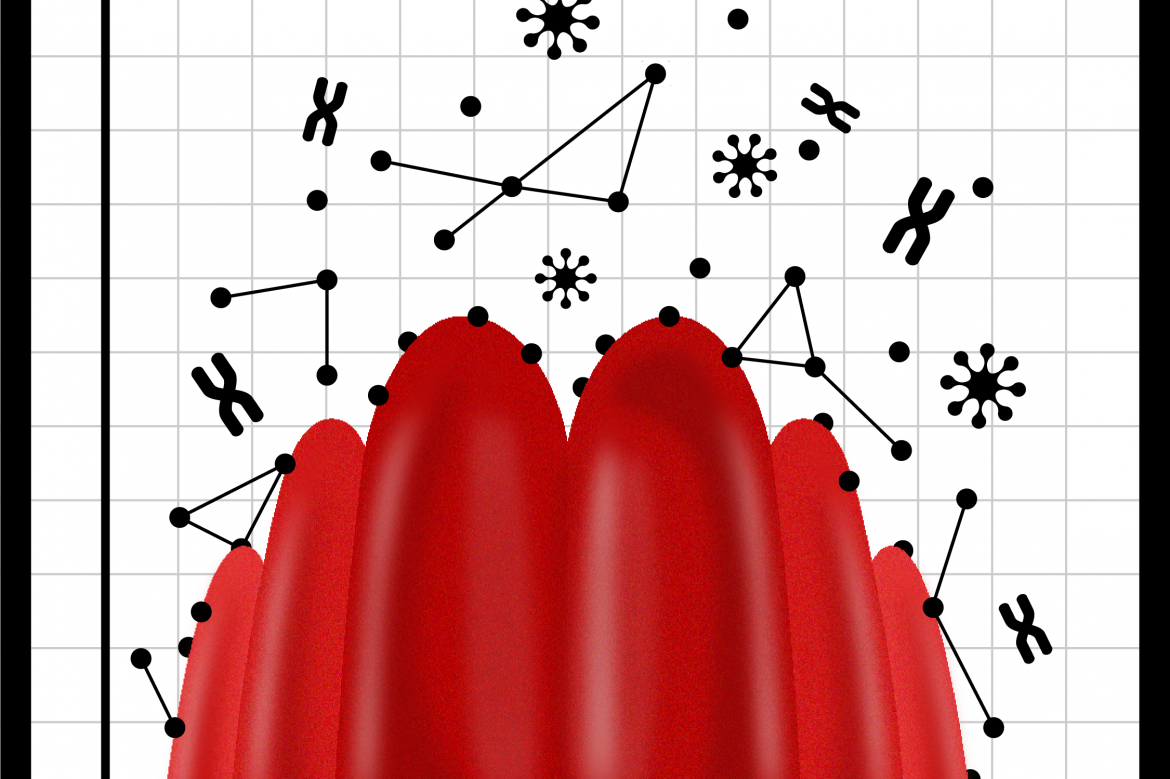 From Genes to the Edge of Chaos: How Chaotic Are You?

It had been a long time since I wrote prose in Turkish. I sometimes write poetry in my spare time, but we, unfortunately, come to lose some of our habits due to our interests. While you are reading these lines and thinking why I wrote such an introduction to a research article, some of the billions of neurons in your brain rest at intervals, while others regularly interact with the neighbouring neurons. They send regulatory instructions to some of your organs when you do not feel the slightest change. The same mechanism might be continuously repeating itself in the microscopic world as you read these lines, unconsciously sipping your tea or coffee, while your lungs keep on inflating and deflating. From inside the brain of our cells, the nucleus, instructions are constantly sent to the ribosomes and other organelles.

Genes, which reside in the DNA preserved by the nucleus, send the recipe for proteins that the cell may need for its activities to ribosomes in the form of mRNAs. In this sense, while the nucleus serves as the cell brain, the building blocks for performing these functions are genes instead of neurons. The activation of a gene may depend on other genes due to the relationships between these genes. The activation of one gene may inhibit the functioning of another gene in some cases, as well as promote it. All of these binary relationships form the gene regulatory networks, similar to networks of neurons in the big picture.

So, while our bodies consist of trillions of cells that carry the same genes in their DNA, how is it that each one becomes specialized to perform different functions? How do heart cells, which constantly contract and relax, and pancreatic cells, which produce digestive enzymes, differentiate and perform very different functions while they have the same genetic material? At this point, gene regulatory networks activate the genes necessary for performing certain functions, and render some dysfunctional, with the help of external signals and the communication between cells. These networks also change the activities of genes in response to changes that occur inside or outside the cells, managing the adaptation process of the cell to various environmental conditions. These changes may arise from the sugar or oxygen concentration levels of the intercellular fluid, as well as signals from other cells and the brain itself. In these networks, every single gene can be affected by a group of genes or certain external factors. Thus, the functioning of a gene is determined by these influencing factors, and each gene can exist in two different states: “active” or “passive”.

Depending on the function of a cell, some of its genes should always be kept off, some should be constantly active, and some should become active from time to time. Therefore, genes that should constantly be functional or non-functional must be insensitive to changes, while other genes may have varying sensitivities depending on their working rate. A malfunction in the networks or a mutation may result in specific diseases. For example, leukaemia occurs when there is a defect in the functioning of genes that prevent the division of cells, which should constantly be active under normal conditions. Therefore, examining the sensitivity levels of genes is important for understanding the functions of gene networks and cells in general, and for examining intracellular gene dynamics.

When we look at the average sensitivity levels in gene networks, we see an interesting picture; sensitivity values fall on the borderline between chaotic and stable. Famous biologist S. Kauffman used the “edge of chaos” argument to explain this behaviour of gene networks that oscillate between chaos and stability. This argument suggests that biological systems should neither be too chaotic (so that they function reliably) nor too stable (so that they can adapt to changes). However, there is more to gene network behaviour than this argument alone.

When we compare the average activation rates and sensitivity levels of genes in gene network models, we come across a pattern that no one has noticed before. Well, could you notice this interesting pattern?

As we mentioned earlier, genes that are always active or always non-functional are not too sensitive. However, the main thing to notice is that the sensitivity values ​​always stay above a certain curve. So, is this a biological requirement for gene networks to operate, or is it an imperative of the mathematical definition of sensitivity?

At this point, biology continues to provide more clues. The “canalizing” effect that genes have on other genes has long been a subject of debate among researchers. This characteristic expresses the determining effect of a specific gene on the activity of another gene. For example, if gene B is turned off in all cases where gene A is active, this means that gene A canalizes gene B to become non-functional. In a more restrictive version of this phenomenon, called “nested canalization,” all genes that affect a certain gene have a say in that gene’s activity in a hierarchical order. Our observations show that an intense nested canalizing effect is found in gene networks. When we compare the activity and sensitivity of only the genes with this special condition, the stones begin to fall into place. The genes with the least sensitivity regarding their activity levels should have this nested characteristic.

When we examine this phenomenon mathematically, it is not possible to go under the curve created by those with nested structures.

This curve, which determines the minimum sensitivity, has a fractal structure. In the complexity of biology, it is not unusual to see such a degree of order and pattern structure. The pyramid structure of a Romanesco cauliflower and the capillaries surrounding our lungs are just a few of the fractal structures we encounter in living organisms. This curve is also known as the “Blancmange” curve, which was proposed by Teiji Takagi in 1901 as a function that is continuous everywhere, and not differentiable at any point (no tangent can be drawn at any point). Blancmange curve, which was known merely with this feature for a hundred years, now also gains a biological meaning.

After these observations, even though Kauffman’s “edge of chaos” argument and the minimum sensitivity of genes in gene networks seem to contradict at first, they actually fit together quite well. According to Kauffman, gene networks should be neither too stable nor too chaotic, but our observations show that individual genes have the possible most stable structure with respect to their average activity levels. The characteristics of individual genes may cause different observations in networks formed by genes. Just like how simple movements of migrating birds with respect to each other create a dance show.

In summary, we have discovered a fractal pattern hidden inside the complex interaction networks of cellular biology. This fractal boundary acts as an invisible wall, pushing the organisms towards the borderline of order and chaos, most suitable for living systems. Our findings were recently published in Physical Review Letters, the most prestigious journal in the field of physics and mathematics. We were pleasantly surprised to learn that it was also chosen for the “Editor’s selection”, a list that highlights approximately one Letter out of seven due to its particular importance or appeal.

While we are inspired by nature in the world of design and engineering, biological observations also drive pure scientific progress. Our study provides deeper insight into the interplay between mathematics and biology and nurtures further studies on both fronts.  We currently continue our investigations on the theoretical front by examining the cases where the above nested structure is occasionally broken. Now, we continue our studies with the theoretical examination of cases where this nested structure follows an on-and-off pattern and the sensitivity levels of these networks.