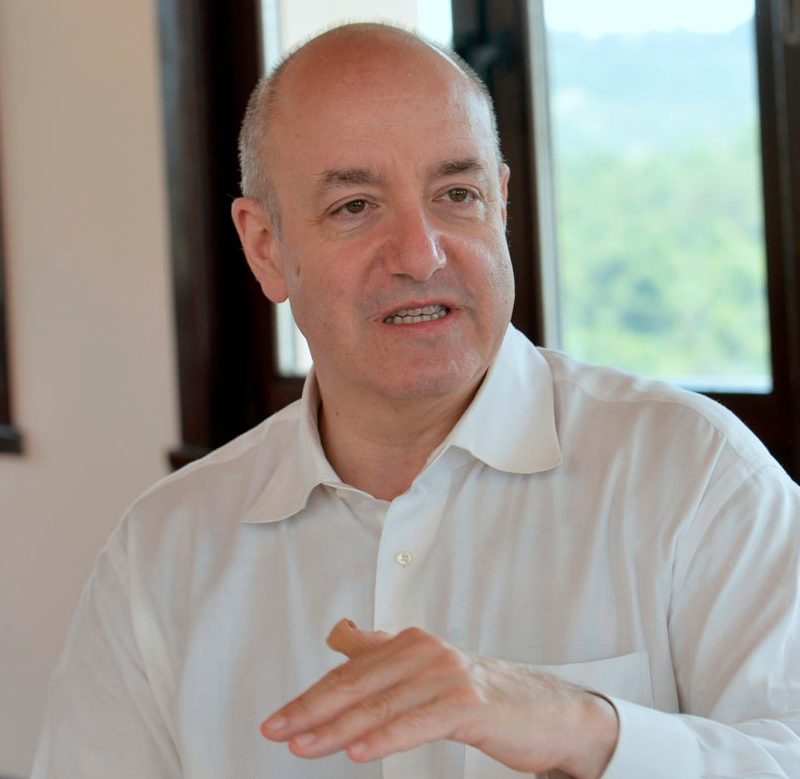 Education Is a Process for Preparing for Citizenship

Larry Kramer has served as professor of law at several world-leading universities and has been instrumental in launching new efforts to respond to pressing and timely challenges, such as those related to political polarization and cybersecurity.

As the President of the William and Flora Hewlett Foundation, Professor Kramer’s innovative approach to philanthropy has brought a different model of governance bringing effective responses to current issues of global development and democratic government.

KURIOUS sat down with Professor Kramer shortly after he gave the commencement address at Koç University’s 25th Graduation Ceremony, to discuss his views on education, philanthropy and how to solve the world’s problems.

You must have a detailed understanding of education programs at many universities. What do you think are the most important elements for developing a universal point of view in education?

I think all students should be broadly grounded in liberal arts. In other words, the important things are not to think of education as just preparing for a career, but to think about education as preparing for citizenship. When you think about it that way, it naturally leads you to think that students should get broad exposure both to a variety of subjects and – within those subjects – to a broad variety of views. I said in my speech today that I thought the real thing you learn at university is not information, but how to think critically, and you learn that through exposure to ideas that challenge your own views. Within that, I think there’s a lot of room to do it in different ways, so I don’t think that everybody has to read and think the same subjects, as long as the array of subjects people choose exposes them to a broad array of changes to their own array of thinking.

If we had a universal law education system in all countries, what would be its most basic principles?

I’m not sure you could do that because the law is very different from country to country. I used to tell our students that maybe they haven’t learned very much law but that we’d taught them a way of thinking about the law – again, it’s the same idea of critical thinking. So, I think a universal legal education would rest on a handful of really basic principles. What is an injury? How should we think about injury? What is culpability? Negligence, intentionality? What is property? What are the different ways to think about the property? A handful of concepts like that and how to argue different sides of the same issue. I think that’s really core. You can learn the law in any place and work within that system if you understand the foundational principles that cross systems and the process of thinking and arguing about them. Here’s a way to think about it: law, ultimately, is like music. There’s a limited number of notes and you learn to combine them in different ways. A good musician can hear three notes and figure out what the next note should be where there is a number of different choices. You develop an ear to know which is the best choice. Teaching law is like that: you combine the notes and chords in many different ways to produce completely different sounds. Rock and roll music and classical music use the same notes and chords but they’re combined in different ways, and that’s what produces the difference. You need to teach the notes and chords for people to figure out the different styles.

In your opinion, what are the most important qualities of a pioneering university?

Not being bound by tradition, being willing to experiment and try things in different ways. Just being open to experimentation. The university itself has to learn and be open to learning, not just teaching.

How do you describe philanthropy? Do you think that philanthropy contributes to education and thus to the development of humanity?

Yes. Different philanthropists do different things, but education has always been one of the core places where philanthropy contributes. Look at Koç University, it wouldn’t exist but for philanthropy. I think one of the amazing things about Koç University is that if you think about it, very few philanthropists have accomplished what was accomplished here. John D. Rockefeller started the University of Chicago. Leland Stanford started Stanford University. George Soros started the Central European University. And this. It’s a really difficult thing to build a whole college. Philanthropy helps education around the edges. It adds things: scholarship funds for students, funding for new programs and new buildings. I think the reason it can work, though, is because there are many different philanthropists contributing in many different ways. It is really important that there be pluralism in philanthropy, otherwise, it really could distort education. As it is, because there are so many philanthropists with so many ideas, the universities can decide what they want to do and they can go look for somebody who wants to fund it, as opposed to being forced to do things because some philanthropist wants to do it. The difference is really important: the ideas come from the universities and they can find philanthropists to support them. It would not be right for philanthropists to decide which direction to push education.

One of the primary functions of a foundation university is to provide scholarships for students with limited financial resources. Based on your experience, what is the most effective way to involve people in philanthropy?

I think in my experience it’s tax breaks. There’s a lot of philanthropy in the US because you can take it off your taxes. They don’t do it in other countries and there’s a lot less philanthropy. So, the simplest way to get people to engage in philanthropy is to basically make it financially worthwhile. I can give my money to the government or if I can give it to say, a university for scholarships, I’m happy to do that because that feels closer to me than just giving it to the government. I think that’s probably the best way to encourage philanthropy. If you think about scholarships the best way is to bring people to meet the students. There’s nothing more inspiring than meeting these amazing young students: it makes you want to help them.

The last question: What are the biggest challenges facing the world today? What can universities do to face them? How is philanthropy responding to them?

By far the biggest challenge facing the world is climate change. There’s nothing even close. Universities contribute to the solution through research and through education to send people out to work on these issues. Unfortunately, we don’t have a whole lot of time left. At this point, we need people doing things – I think it’s easily the most important challenge. I think the second biggest challenge facing the world today is that we don’t have a good way to think about the role of government and the role of markets. Our ideas of political economy are dead. We need new ways to think about solutions to all the problems that we have and that’s something that should be done in economics departments, political science departments, law schools, and business schools. We need people who really want to step back and think about fundamentals and universities are the place for that to happen. If you’re in the world, you’re busy doing things that have to be done, but the whole point of university is to create space for faculty and students to step back and think. They have an obligation to think harder about all the ways in which what we’re doing isn’t working. The third challenge is the global failure of democracy. I think there are many reasons for that but when you look at it closely, a big part is education. It’s people not understanding and appreciating the values and benefits of democracy on the one hand and the obligations and responsibilities that it imposes on citizens on the other. Again, universities should be pressing those ideas not just on their students but on society at large. The leaders of universities are spokespeople and command a lot of respect. They need to use that to convey some messages before it’s too late.