Skip to content
Homepage ARTICLES Nature Lover! This Is For You 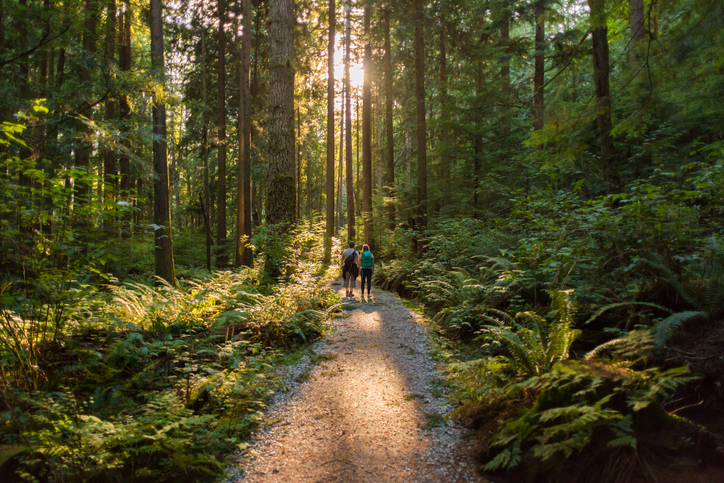 Nature Lover! This Is For You

Researchers have great news for nature lovers! Environmental psychologist Dr. Mathew White and colleagues at the University of Exeter Medical School report in their recent article that spending at least two hours in nature a week boosts health and well-being.

Surprisingly, people who spent 1-119 minutes in nature per week did not report any significant health benefits compared to those who did not spend any time in nature. However, the researchers found that people who spent around 120 minutes per week in nature consistently reported higher levels of health and well-being (compared to no time spent). Also, the relation between time spent in nature and health/well-being leveled out at around 200-300 minutes. The study participants had no further gain from spending more than 300 minutes per week in nature.

According to Dr. White and colleagues, the association between spending 120 minutes in nature and health/well-being is similar to the association between recommended levels of physical activity per week and health/well-being. The researchers suggest that being out in nature might motivate people to exercise. As such, physical activity might be one explanation for why people report feeling better. However, they found that people who did not exercise but spent around two hours in nature reported higher levels of health and well-being as well.

There is evidence that simply being in nature is beneficial for our psychological health. In Japan, this is called shinrin-yoku or “forest bathing.” Dr. Ming Kuo from the University of

Illinois at Urbana-Champaign reported in a 2015 review article that spending time in nature boosts health and well-being via a multitude of pathways. There is further evidence that being out in nature triggers parasympathetic activity (rest state) which improves sleep and boosts immune function. Moreover, regular experiences of awe in nature have been associated with lower levels of inflammatory cytokines.

Despite these findings, the researchers caution against interpreting the 120-minute mark as a “threshold” for maximum health benefit. They recommend further investigation to better gauge the impact of spending time in nature on health and well-being.

Try this experiment for yourself, nature lover! The next time you are at a beach or a park, observe how you feel and soak in nature’s benefits.