Skip to content
Homepage ARTICLES Chernobyl: A Sanctuary of Wildlife 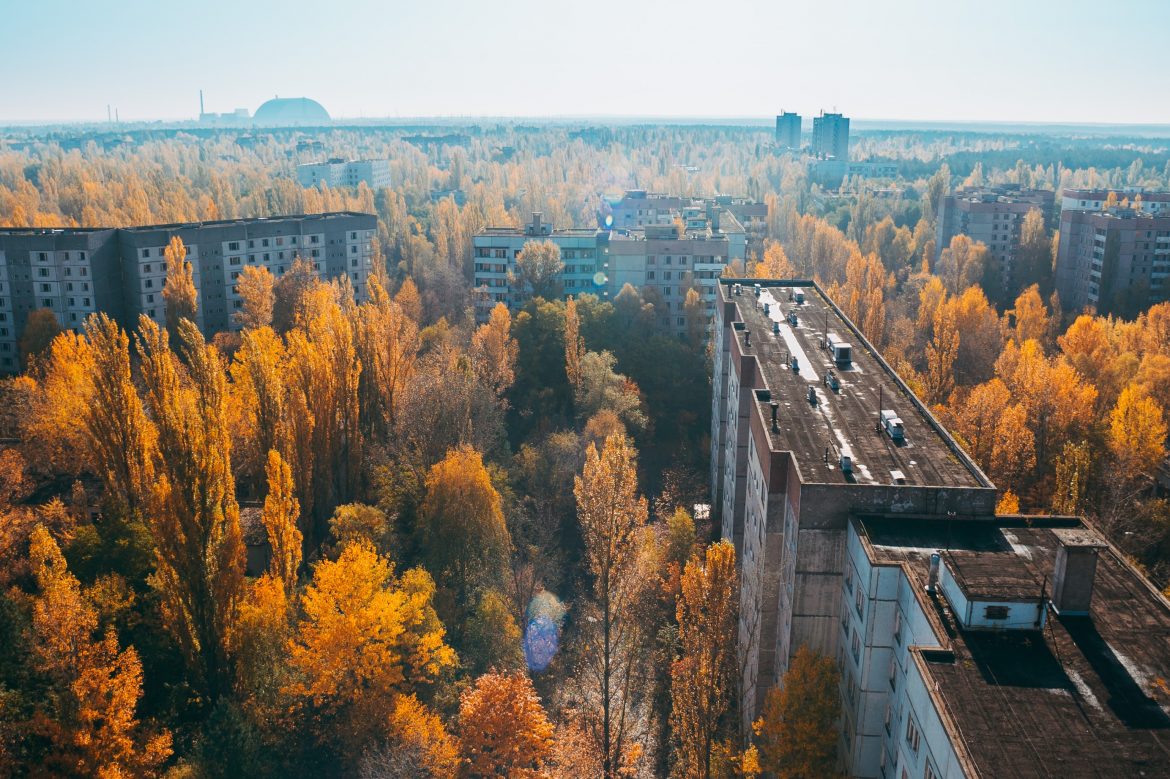 Chernobyl: A Sanctuary of Wildlife

On April 26, 1986, one of the usual technical safety trials at the Chernobyl Nuclear Power Plant led to a power fluctuation in reactor number four, resulting in a massive amount of radioactive residue being released into the atmosphere. The accident at the facility caused emission of radiation 400 times more than the nuclear bomb dropped to Hiroshima. This incident continues to be the largest nuclear accident in history.

Immediately after the accident, decontamination practices started, a prohibited zone with a diameter of 2.6 km2 was created around the facility, and hundreds of thousands of people were evacuated to never return. The permanent settlement is still not allowed in that region.

The enormous devastating effects of the accident, after 33 years, was replaced by an unexpected wealth. Lively wildlife with bears, bison, wolves, lynxes, wild horses, and more than two hundred species of birds and others.

It’s like a genuine example of the question of what would happen if all people disappeared at once.

Since radioactive materials take too long to degrade, everyone thought that the region would not be able to host any living creatures for centuries and that the existing flora and fauna were sick, weak and mutated. Due to high radioactivity levels, carrying out detailed research was not possible either. 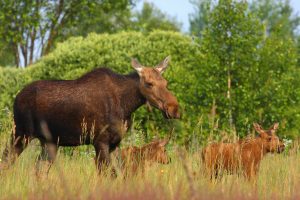 One of the methodological problems the studies face is that no one knows exactly how much radiation remains. Some claim that the radionuclides are fixed in the soil, others say that the particles are transported by animals to other regions.

In March 2019, researchers working on the wildlife in Chernobyl came together in Portsmouth, England. Teams from the UK, Ireland, France, Belgium, Norway, Spain, and Ukraine shared their studies examining large mammals, birds, amphibians, fish, bees, earthworms, bacteria, and the humus formation in Chernobyl.

All of the teams laid emphasize the rich biodiversity in the region. Observations also revealed that the current radiation levels do not have a major negative impact on the plant and animal populations. All of the investigated living populations studied within the prohibited zone seem to be stable and active.

Jim Smith from the University of Portsmouth claims that the radiation levels fell dramatically in the first months after the accident, adding that wildlife made a rapid return, benefiting from the absence of humans.

The TREE Project conducted by Nick Beresford of the Centre for Ecology and Hydrology in the UK placed motion detector cameras in different parts of the region to record images for several years. These records show a rich fauna, regardless of the radiation levels. The brown bear and European bison were encountered for the first time in the Ukrainian part of the region, where the number of wolves and Przewalski horses also increased. 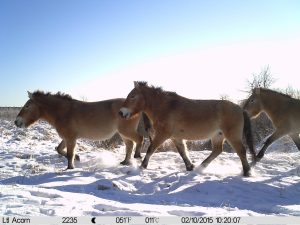 On an individual scale, however, the negative effects of radioactivity can be observed. Some insects now have shorter lifespans than usual and are more susceptible to parasites. Some species of birds have a very high rate of albino individuals, along with various physiological and genetic changes being observed in highly contaminated areas. 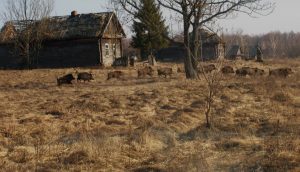 The fact that radiation does not have a hugely adverse effect on wildlife in Chernobyl can be attributed to several factors:

First of all, wildlife can be much more resistant to radiation than we anticipated. It is already known from previous research that insect species are particularly resistant to radioactivity.

Adaptation may have also done its part in getting accustomed to radioactive conditions. For example, the coloration of frogs in the region is darker than the frogs elsewhere. It is possible that some defense systems against radiation may have developed in time.

But apparently, despite such a massive amount of radiation, the main reason for the observed increase in the wildlife populations, and in especially large mammals, is the absence of human activity. The wolf population in the region is seven times larger than other nature reserves. This is probably because there are no more humans hunting these animals in the area, according to Smith. 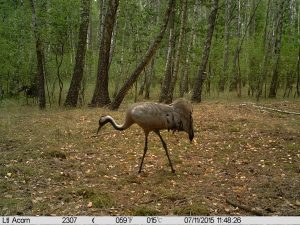 As a result, the health and wellbeing of wildlife seem to depend more on human activity rather than the amount of radiation.

With the decline in radioactivity over all these years, the Ukrainian government plans to put some parts of the region back into service. Various agricultural, tourism and reforestation projects are on the agenda. Exactly 33 years after the disaster, we will curiously follow the fate of Chernobyl, which has become an unofficial nature reserve.