Skip to content
Homepage ARTICLES We Must Plant Trees, a Lot of Them! 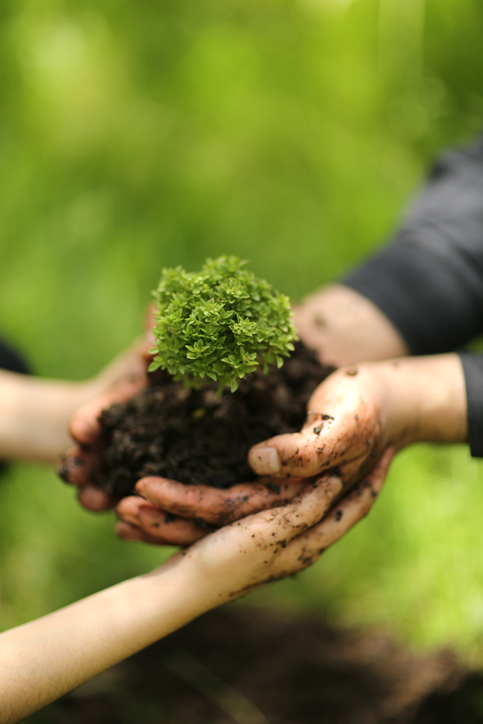 We Must Plant Trees, a Lot of Them!

In the struggle against climate change, new technological suggestions keep coming on how carbon (especially carbon dioxide), which causes the greenhouse effect in the atmosphere, can be stored back under the ground. But we seem to ignore the importance of trees and other perennial plants in doing this the most efficient way. A new study estimates and maps how many trees could be grown on earth without touching urban and agricultural lands. According to the figures suggested by this first-of-its-kind study, almost 1 billion hectares of uninterrupted forest can be created, which would host more than 500 billion trees. And thus, the carbon levels in the atmosphere may decrease by 25% and regress to the levels a hundred years ago!

Two major facets of the fight against global warming are reducing carbon emissions and capturing the carbon in the atmosphere.

Reducing emissions requires unsettling very complex political, economic, sociological, and ideological foundations. Therefore, none of the countries that signed the international Paris Treaty for this purpose has been able to fulfil the promises made in 2016.

In order to capture the carbon in the atmosphere and reduce its greenhouse effect, proposed approaches require expensive and/or inefficient technological devices. Although some of these made it to the testing period, their long-term success is not yet certain.

Furthermore, under the title of geoengineering, there are also quite eccentric ideas to reduce the effect of sunlight by acting as shading screens in space or in the atmosphere to prevent heating.

Besides all these technologies, the most important technology based on millions of years of evolution is being ignored: the power of photosynthesis. Trees are able capture more sunlight than any other creature. Just one tree can absorb up to 24 kilograms of carbon in a year, removing 1 ton of carbon from the atmosphere when it is 40 years old.

The study calculates the global tree restoration potential, showing that we can increase the existing tree cover by a third without affecting the urban and agricultural lands. However, as long as carbon emissions continue at this scale, this ratio decreases day by day. This is because the amount of land suitable for growing trees is also decreasing. Even if global warming is limited to a 1.5 degrees increase in the next 30 years, this amount will decrease by a fifth.

“Our study shows clearly that forest restoration is the best climate change solution available today,” says study author Tom Crowther from ETH Zürich. It is also important to protect the existing forests as the growth of new ones will take decades. Fossil fuels should also be restricted, no new facilities should be allowed to consume fossil fuels, and some of the old ones should be shut down -because fossil fuels cause the emission of 40 billion tons of carbon dioxide annually. In addition, we lose 10 billion trees each year.

The team analysed the vegetation and tree cover in protected forest areas by studying nearly 80,000 satellite photographs covering various ecosystems. Through combining this data with Google Earth mapping software, they created a model for the world’s potential tree cover. Countries who have already lost a large proportion of their natural tree covers such as Russia, the USA, Canada, Australia, Brazil, and China host half of this potential area within their borders.

We do not need advanced technologies or large budgets like geoengineering projects to plant trees. Anyone can plant trees. This way, we can buy some time to reduce carbon emissions. But man-made forests, no matter how much carbon they capture, don’t and cannot host wildlife and biodiversity as rich as that of natural, old forests. This is why it is important to preserve existing vegetation and stop emissions. Especially for the health of pollen-carrying insects. Earlier this year, a UN report was published, stating that a million species were endangered. You may also read our article where we wrote about the negative effects of climate change on insect populations and their diversity, here.

Another recent study assessed the characteristics (carbon, water, wildlife, etc.) of potential forest areas in the world, and identified the afforestation areas that are almost risk-free and can be used with the lowest-budget. The study revealed that Africa, followed by Southeast Asia, and Central and South America have the most ideal restoration lands. We are talking about over 100 million hectares of extinct tropical rainforest lands.

For such a large afforestation project on a global scale, the participation of local people is essential. The first reason for this is that the local people are well aware of the geography, climate, the diversity of plants and animals, as well as their economic and ecological value. So the critical information for restoration lies in the traditions of the local people.

In addition, afforestation projects require economic functions besides carbon capturing. High-value products such as coffee and cocoa can be grown in the shade of a newly grown tropical forest. Agroforestry, which focuses on perennial plants, can be expanded as an approach that provides economic outputs while capturing carbon. This guarantees the participation of local people.

Researchers anticipated that afforestation studies can be useful in combating climate change but did not know their exact impact. Crowther says, “What blows my mind is the scale. I thought restoration would be in the top 10, but it is overwhelmingly more powerful than all of the other climate change solutions proposed.” Jean-François Bastin, also at ETH Zürich, adds, “Governments must now factor tree restoration into their national strategies.”

Non-governmental organizations and local initiatives should also be supported at all scales. A Trillion Tree Campaign has worked with communities around the world to plant 13.6 billion trees so far. A state-funded project in India last year, thanks to 1.5 million volunteer citizens, managed to plant 66 million saplings in just 12 hours.

On the Crowther Lab website, there is an application that displays any point on earth, calculating how many trees can grow there and how much carbon these trees can capture.

On hot summer days when wildfires cause serious damage, the best thing anyone can do for this world is to plant trees.