Skip to content
Homepage Erol Özlav We Need To Celebrate This: The Nobel Prize in Physics 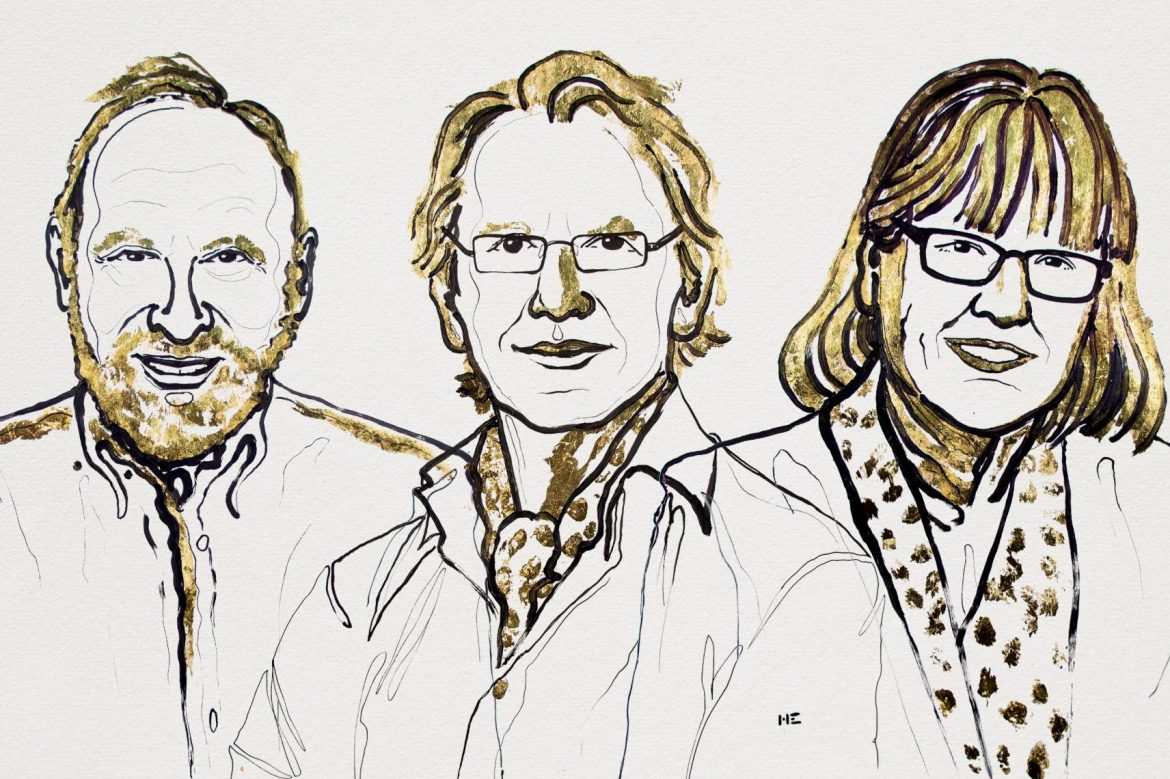 We Need To Celebrate This: The Nobel Prize in Physics

Three scientists have been awarded Nobel Prize in Physics this year for their inventions that revolutionised the field of laser physics. One half of the 9-Million-Swedish-kronor award will be received by Arthur Ashkin of Bell Laboratories for his “optical tweezer” invention, and the other half will be equally split between Gérard Mourou of École Polytechnique in France and Donna Strickland of the University of Waterloo in Canada who invented a way to compress light into unprecedentedly short and intense pulses, the Nobel prize committee announced October 2.
Strickland is the first woman physicist to receive the award in 55 years and only the third in Nobel Prize’s history after Marie Curie in 1903 and Maria Goeppert Mayer in 1963.
Immediately after the first laser was invented in the 60’s, in Bell Laboratories Ashkin took advantage of the fact that individual subatomic particles of light exert pressure. He developed a technique for focusing the laser light to trap and move around small objects which he named “optical tweezers”.
During his studies when Ashkin realized by chance that living systems could be trapped by light without harming them, uses of his invention widened. Manipulating bacteria and viruses, even reaching into the living cells without harming the cell membrane was made possible.
Since 1986, when Ashkin’s initial study on optical tweezers was published, the technique’s popularity has exploded. Hundreds of labs across the world now use optical tweezers for the myriad of purposes. testing how DNA stretches, studying the forces exerted by individual cells, and initiating chemical reactions between a single pair of atoms, to name a few. By building on the optical tweezer technique, scientists were able to trap and cool atoms to the temperature close to absolute zero, a discovery that led to the 1997 Nobel in physics.
The other half of the prize is awarded to Gérard Mourou and Donna Strickland for their invention that allowed scientists to intensify laser pulses beyond previous limits. Instruments called amplifiers can strengthen light pulses, but only to a point. Typically, beyond a certain intensity, an amplifier would be damaged by the light.
Their work, published in 1985, Mourou and Strickland first stretched out their laser pulses, lowering the light’s intensity so that it could be amplified. When compressed back to their original size after amplification, the pulses reached unprecedented intensities. When a pulse is stretched in time, its peak power is much lower so it can be hugely amplified without damaging the amplifier. The pulse is then compressed in time, which means that more light is packed together within a tiny area of space – and the intensity of the pulse then increases dramatically. Laser pulses based on the technique are also used in more ordinary pursuits, such as laser eye surgery and cutting various materials.
What’s more, scientists have also built off of this technique to create laser pulses that are only attoseconds long. These pulses that last only a billionth of a billionth of a second long, have helped reveal the mysterious physics of electrons zipping around an atom, used in the fastest move cameras in the world to record, slow down and investigate processes that were thought to happen in an instant.
Strickland, who was a PhD student at the time, is the third woman to receive the Nobel Prize in physics. “I am honoured to be one of those women,” she said during the news conference announcing the prize. “We need to celebrate women physicists because we’re out there.”