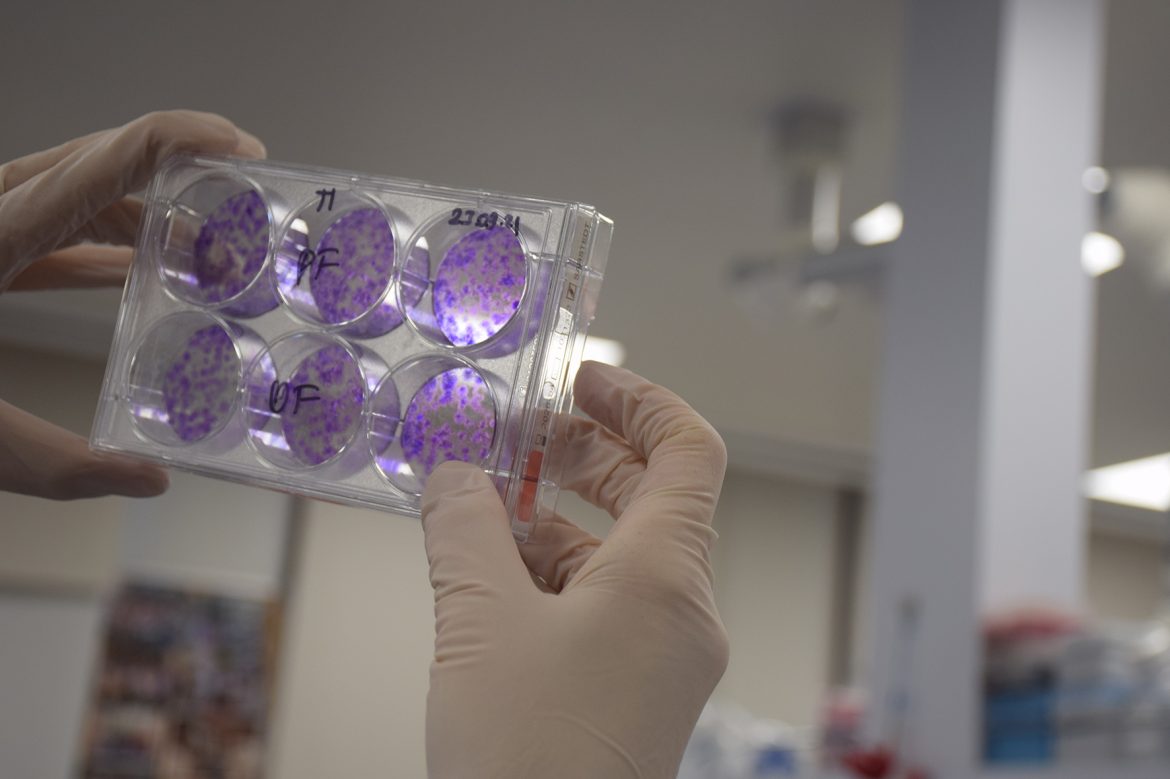 Cancer is one of the most aggressive diseases and the one against which we are the most defenceless. Still, we understand it more with each passing year, gain more knowledge about it, and equip ourselves with more weapons to fight it. This has helped to significantly increase survival rates in some types of cancers, and early diagnosis, in particular, plays a great role for patients to fully regain their former health. However, scientists and physicians face a great challenge when it comes to some types of cancer, and in some, the challenge comes from the organ or region where tumour cells develop.

Glioblastoma, one of the brain cancers, is one of these cruel types – with a very low survival rate, and a very short survival time with an average of 15 months. Treatment protocols used all over the world are more or less the same, and all very limited. Furthermore, since the organ you have to deal with is the brain, there is also a limit to what can be done. For example, if you are dealing with breast cancer, you can remove the whole breast; or for some other organs, you can perform surgical intervention with larger movements. Unfortunately, you cannot take those bold steps when the brain is in question. Moreover, the rapid growth of tumour cells where they are located and their integration into the brain put even further strains on the fight against these brain cancers. And as the cherry on top, the blood-brain barrier -whose main job is to protect the brain from external factors- prevents some drugs from reaching the brain, tying the doctors’ hands completely in their treatment options.

With treatment options this limited, Assoc. Dr. Tuğba Bağcı Önder from Koç University turned to this field in her doctoral studies, with the thought that it may be easier to intervene in tumours within a more controlled environment if we can stop these cells from spreading in the brain. She also carried out her post-doctoral studies at Harvard Medical School on the local delivery of the drug to the tumour in the same cancer type. When she joined Koç University’s School of Medicine as a faculty member in 2012, she set up the Brain Cancer Research Laboratory, and she is currently working with a team of 13 people in this laboratory, also known as TBO_Lab. In their latest article published in Oncogene, one of the most respected journals in the field, she and Dr. Ahmet Cingöz from TBO_Lab talk about how they found the key to unlock a very important step in the treatment of brain cancer.

Dr. Bağcı Önder and her team worked with an agent called TRAIL, which kills only cancer cells without harming healthy ones. TRAIL assists in programmed cell death, called “apoptosis”. In fact, we also possess genes encoding TRAIL. However, it is not considered a protein with too much expression, meaning it doesn’t appear all the time, it only has some role in the immune system.

Cells must be expelled from the body when their DNA becomes too damaged, or they are no longer viable, or when they have reached the end of their lifespan. This is where apoptosis, or programmed cell death, comes into play. Let’s not forget that apoptosis is what helps the destruction of about 109 old or damaged cells in our bodies every single day, only to be replaced by new cells! However, since cancer cells divide too fast and are unable to be destroyed by apoptosis, the balance between life and death is disturbed, and cancer cells take over the tissue they are in. Cancers are resistant to death.

TRAIL, the protein that Tuğba Bağcı Önder and her team work on, was originally discovered in 1995. It was subsequently revealed that it triggers apoptosis in cancer cells and has the ability to specifically kill them. What this means is that the TRAIL molecule can kill tumours much like a drug. Not like the drugs we know though, let’s say that it rather “guides” tumour cells to death when administered as a recombinant (produced in the laboratory with genetic engineering techniques) protein. This shows us that tumour cells may gain the capacity to die on an external command. This is unique and quite different from the approach used in conventional (traditional) chemotherapy or radiotherapy. Conventional chemotherapy drugs are more about stopping cell division. So is radiation therapy – the cell dies when it cannot repair itself because its DNA becomes overly damaged. However, besides the tumour cells, fast dividing cells are also affected by these therapies. Therefore, while the tumours disappear, patients experience a number of side effects including hair loss or stomach problems. In studies conducted with TRAIL, the death command is sent directly to the cell, its division is not of concern, and tumour cells are simply instructed to “die”. 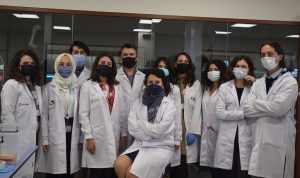 It is important to make sure that while making a move for direct death, healthy cells are not equally affected, as is the case with other treatments. In other words, tumour cells are much more affected by TRAIL than the other cells. This being the case, TRAIL attracted the attention of many pharmaceutical companies in the early 2000s and became a promising drug candidate. However, many of the clinical trials were ceased mid-way, in Phase II, although the reason has not yet been fully explained. One reason is thought to be that TRAIL can cause minor damage to healthy cells while working on tumour. A second reason may be the high cost of TRAIL, as it has to be prepared in the laboratory as a recombinant protein. The third reason, which is pivotal for the work of Dr. Bağcı Önder and her team, is that some tumours are resistant to TRAIL. These tumours either showed no initial response to TRAIL or became resistant to it over time, and the mechanism for this was unknown. Until Dr. Ahmet Cingöz tested a large number of tumour cells in the laboratory with the TRAIL molecule and eventually revealed the mechanism.

Maybe hundreds of experiments with different concentrations of TRAIL on different tumour cells… But what was the reason behind the fate of tumour cells that died “beautifully”? Perhaps they would stop dying if they were exposed to TRAIL for too long? And then, Dr. Ahmet Cingöz did exactly that. Of course, this was not a desirable outcome at all, because -hey!- we want to kill the cancer cells! However, sometimes scientists try different methods to clarify a situation; and in this case, the team chose to follow the path backward. Their aim was to unravel this mechanism by molecular modelling, and this reverse method could make it possible to discover drugs to reverse the outcome.

Although many different research groups around the world are studying the molecular mechanism of the cells’ response to TRAIL, cellular models are limited. Dr. Bağcı Önder and her team chose this challenging method to create a new model. They used the RNA sequencing method to examine the difference between the initial cells and the ones they created at the end and succeeded to obtain the signature of a cell that is “TRAIL-resistant”.

It is very important to be able to say “This patient will not respond to TRAIL” by comparing the patient’s pre-and post-treatment molecular mechanisms. A question that may come to mind is “Why are they looking for cells that are resistant to TRAIL then? Wouldn’t it be better if they studies those who are vulnerable instead?” The main goal here is to develop drugs that can break this resistance. That’s why they took on the stubborn ones. And the team did manage to discover a group of drugs that can reverse acquired resistance in the end. Furthermore, they were also able to demonstrate the reversal of this resistance on mice models. The researchers were able to demonstrate that the drug Bortezomib was pretty effective in breaking the acquired resistance to TRAIL. So now, there is a drug that may overcome the stubbornness of tumour cells, in case they try to display resistance during the attempts to persuade them to die with TRAIL.

Of course, there were other teams studying TRAIL mechanisms in laboratories around the world. However, Tuğba Bağcı Önder’s laboratory at Koç University is one of the few in Turkey that conducts brain cancer studies in mice models and uses superior molecular and imaging techniques. Therefore, we may say this study was a first both in our country and in the world. Although they collaborated with Dr. Khalid Shah from the Harvard Medical School’s on stem cell-based TRAIL delivery model, and received help from Dr. Zeynep Hülya Gümüş from Mount Sinai Hospital on next-generation sequencing, this study was in fact carried out by Turkish scientists, in our country, from a to z.

So what does the work that required so much effort and knowledge promise? First of all, the researchers demonstrated how drug resistance, one of the biggest obstacles to the use of TRAIL in the treatment of many cancers -and brain cancers in particular-, develops and how it can be broken. Therefore, this study will accelerate the clinical usability of such targeted therapies and clear the way for them. The idea is to have the TRAIL studies restarted and the clinical studies continued from where they were left off, in Phase II. Who knows, maybe the results of this extraordinary work of Assoc. Dr. Tuğba Bağcı Önder and TBO_Lab team reactivate the companies that previously conducted clinical studies on this subject. Because now, we have a very valid reason to hope for the best!