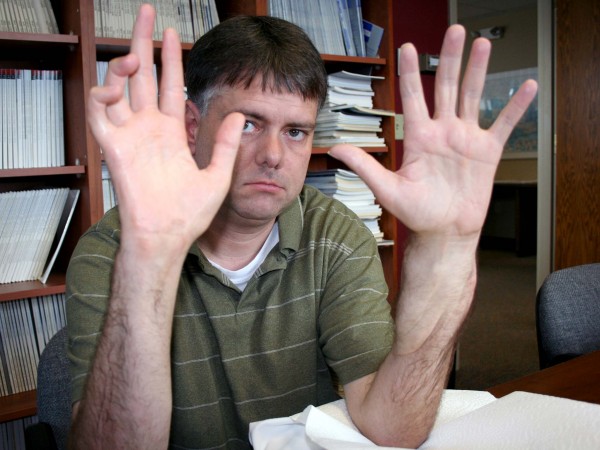 When the hand of a person is severed, the brain quickly re-organizes itsel with neurons processing sensory data from the palm and fingers, switching their responsibilities to firing in response to stimuli from other quarters, for instance, those from the face. But a new study has shown that when a person’s amputated hand or one taken from a cadaver is transplanted to its place, the sense of touch may return to near-normal levels.

Transplantaion requires intricate microsurgery lasting up to 10 hours, with surgeons painstakingly stitching together bones, muscles, nerves, blood vessels and soft tissues. And with the regeneration of peripheral nerves sense of touch creeps first back to palm and then to the fingers at a pace of 2 mm a day. But the transplantation and neural regeneration does not mean the sense of touch wil immediately return. For the sense to approach pre-amputation levels, a considerable time has to pass.

Cognitive neuroscientist Scott Frey from the University of Missouri in Columbia attributes the delay to the lost ability of the  “sensory map”, made up of a patch of hiils and grooves at the brain’s upper layer, or cortex, to respond to stimuli when the flow of data stops with the amputation of the hand. Hence, for the sense of touch to return in adequate levels, the chart in the brain has ta take back its original form.

To test his hypothesis, Frey carried out an experiment with eight amputees. Four of them had their severed hands re-attached immediately after the injury, and the others had to wait from two to 14 years before the transplants. Participants wearing goggles preventing them to see, were asked to mark with colored pens the spots which researchers touched with a thin prick. Four among them could mark the spots almost as closely as a healthy man, straying by just a few millimeters. The accuracy of the marks were seen as correlating with the time that expired after the transplants. That is, the longer the time past since the transplant, the better was the degree of the regained sense of touch. And the protracted time needed for the return of the sense shows that not only the re-attached hand  had to adapt to the transplant with the process of healing, the brain, too, had to re-wire itself to sense impulses from the attached hand.