Skip to content
Homepage Geology The “Sunstones” of Vikings 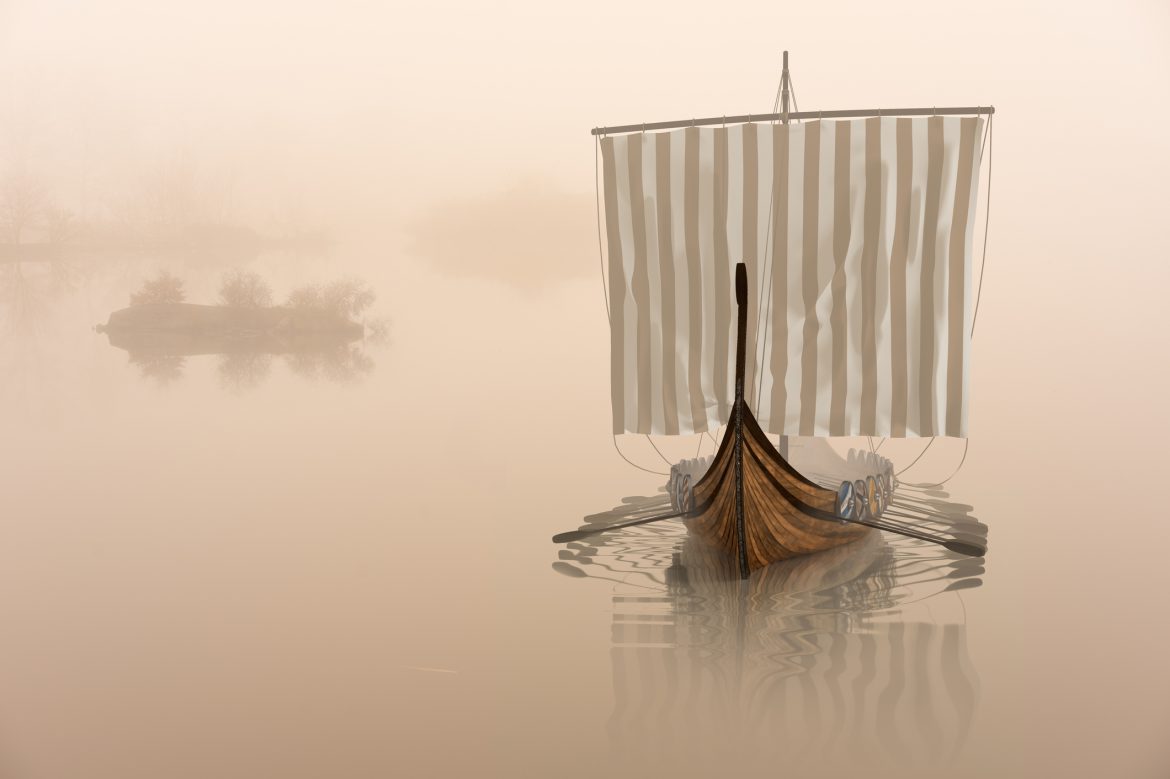 The “Sunstones” of Vikings

Viking sailors ruled the iceberg-filled North seas for centuries. They travelled for miles, colonised Island and Greenland. They did all these without compasses, under never-ending fog and ever-cloudy skies. This is something that still amazes scientists, after centuries.

The mysterious “sunstones” mentioned in Viking sagas enabled them to find the direction in a sky deprived of the sun. But what were these stones really? Besides, noone stumbled upon such a finding in any of the Viking shipwrecks.

Navigating with the help of crystals is in fact, neither mysterious nor a myth. At least today. Some minerals, especially ultrapure crystals of calcite, cordierite, and tourmaline can split sunbeams into two forms. The polarized light follows a slightly different path than the main beam. And if you look at the sky through such a crystal and then rotate it, you may see the rings of polarized light that surround the sun, even when it’s foggy or cloudy. And once you locate the sun, no one can stop you.

Researchers from Eötvös Loránd University in Budapest ran computer simulations of Viking voyages during the sailing season of the North. They found that taking readings every 4 hours result in ships reaching Greenland between 32% and 59% of the time. Less frequent readings drastically lowered the success, and sailors that take readings every 3 hours or more frequently had the chance to hit the bulls-eye land between 92-100% of the time.

The research team used all three above-mentioned types of crystals in the study. Cordierite scored a perfect record of successful voyages. But when readings were taken at intervals of 5 and 6 hours, calcite, a mineral well-known to the Vikings as “Icelandic spar,” performed slightly worse than the other two stones.

Maybe these invaluable stones were once the best means of getting rich in the Northern seas. In the end, getting lost in the sea meant either you will die or you will discover a new piece of land. Why not?