Skip to content
Homepage anthropology The Origin of Native Americans 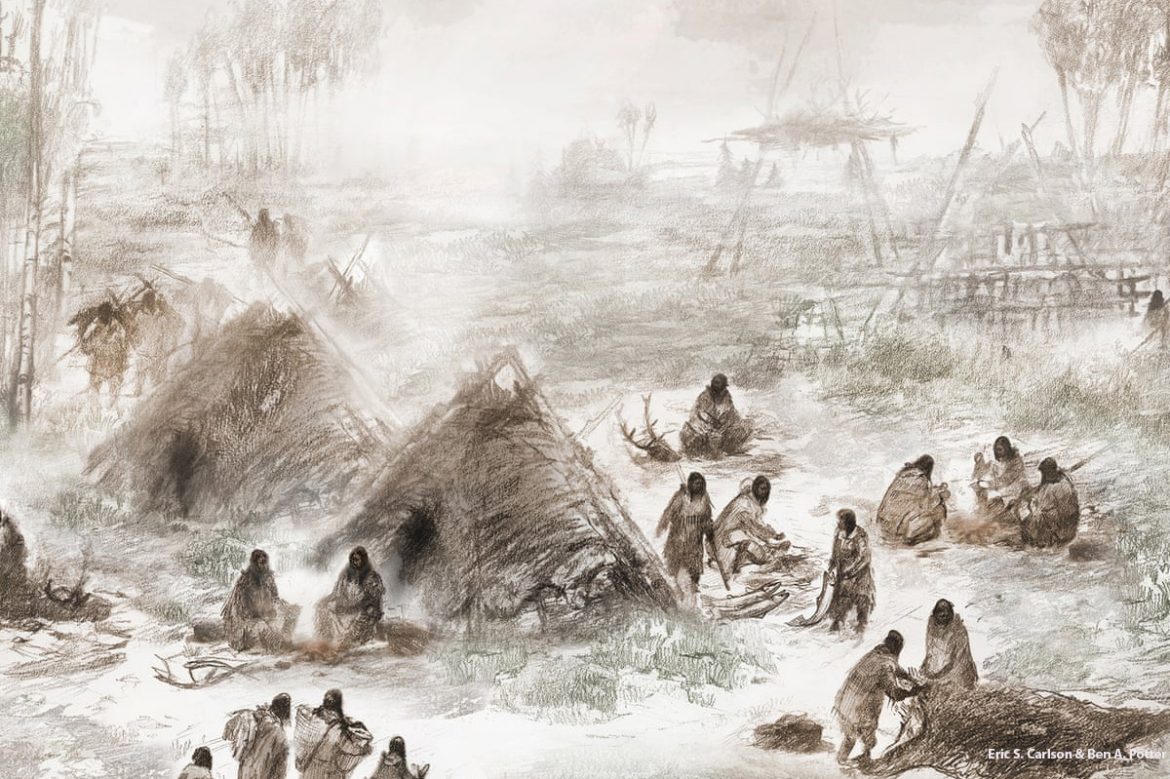 The Origin of Native Americans

The question of when people reached the continent of America has long been on the minds of anthropologists. Fossilized human feces (coprolite) found by Dennis Jenkins, who proudly bears his nickname (Dr. Poop) points to 14,300 years ago, which is the most reliable evidence the scientific world has, for now. This is because the remains, regardless of their source, prove that people did live in the Americas at that time, without any doubt. However, it is also known that this migration did not happen in one wave, that is, our Asian ancestors settled in the American continent through various routes for thousands of years. The oldest evidence we have dates back to 40,000 years, although a bit vaguely. It is still unclear whether this migration took place across the sea, or on foot across the famous Bering Strait, which was frozen in the ice age. Theories point to more than a single possibility.

Until now, the genetic origin of our ancestors who tramped this route was thought to be Northeast Asia. However, a new study by researchers from the Max Planck Institute’s Archaeogenetics Department, published on May 20, revealed the oldest genetic link between Native Americans and Central Asian immigrants, based on a 14,000-year-old DNA sample recovered from near Lake Baikal in South Siberia. Along with this one, another sample from Northeast Siberia carries the same genetic characteristics as the Old North Eurasian and Northeast Asian origins identified in the Native Americans. This result indicates that the Native Americans came from a wider region than expected, spreading their origins to a much wider geography. When and how these groups of people from different parts of Siberia intermingled, on the other hand, is still a mystery. Researchers emphasize the complex cultural interactions and, accordingly, mobility in the migration routes, especially during the transition from the Stone Age to the Bronze Age.

In short, we can say that the native peoples of the North and South America are, in part, relatives with the Stone Age residents of Central Asia. The “in part” comes from the fact that genetic diversity generally does not refer to a single source. For example, even the residents of the Surui tribe living in the Amazon forests in Brazil have been determined to possess Australian genetics, albeit in trace amounts.