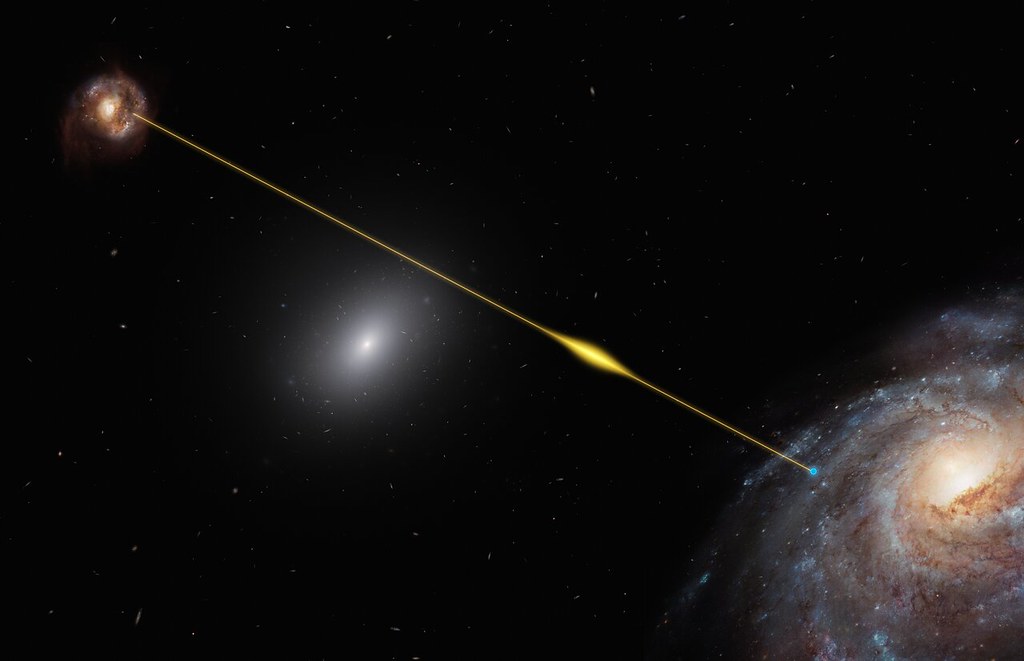 Astronomers have taken a new census of matter in the universe by examining how bright radio waves from other galaxies, called fast radio bursts (FRBs), are deflected by particles before they reach our planet. According to their analysis, published in Nature’s issue of May 27, almost half of the ordinary matter in the universe, we have been unable to detect for decades, was hiding in intergalactic space.

The universe consists of “ordinary matter”, dark matter, and dark energy. The last two makeup about 95% of the known universe and are incredibly mysterious. We know they exist, but we still couldn’t detect their presence.

On the other end, there is an ordinary matter. Ordinary or baryonic matter is what makes up you, and all other “things” including planets, stars, and galaxies. Although initial calculations made in the 1990s showed that this baryonic substance constitutes 5% of everything in the universe, only half of it could be detected as a cosmic size accounting gap.

Scientists have long suspected that this missing substance could be hiding in the intergalactic space, along gas filaments that spread among galaxy clusters across a wide cosmic network, but it was undetectable due to its messy and dark nature.

However, researchers were finally able to detect this missing substance by taking advantage of the FRBs, which are short energy pulses that come from random directions in the sky and last for only milliseconds.

Fast radio bursts are mysterious and intriguing cosmic events, identified first in 2007. Still pretty rare, their origins continue to evade the scientists, but we seem to be getting better at spotting them. New telescopes, such as ASKAP (the square kilometre-wide radio telescope network in Australia), help astronomers identify the FRB sources in deep space.

To ping an ASKAP antenna, radio waves travel long distances from distant galaxies through the vast intergalactic space. Although this field looks empty to us, it is actually filled with particles like electrons, which the radio waves coming from 3 billion light years away can interact along their course. While a radio wave travels through the cosmos, it interacts with free electrons and smears the radio signal. The key to finding the missing matter was the smearing of this very radio signal.

In order to provide a measure of the missing substance in the cosmos, astronomers counted the number of electrons found along our line of sight back to the FRB sources. Upon examining five different FRBs from five different locations, the team found that their measurements were in almost perfect harmony with the predictions of how much ordinary matter should be in the universe.

In the gap between the Milky Way and each of the five FRB-hosting galaxies, the average substance density turned out to be approximately one baryon per cubic meter. The amount of matter in the Milky Way is about 1 million times more intense.

For now, all researchers can say about the lost and found substance is that it lies among the galaxies. In the future, however, with the help of observing thousands of FRBs, astronomers may begin to reveal small changes in the baryon density along the lines of sight between the Milky Way and other galaxies, to map the cosmic network.