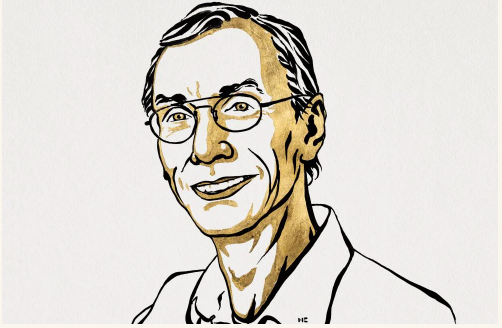 2022 Nobel Prize in Physiology or Medicine

The Nobel Prize in Physiology or Medicine in 2022 was awarded to Swedish evolutionary anthropologist Svante Pääbo for his discoveries concerning the genomes of extinct hominins and human evolution.

Pääbo discovered a previously unknown hominin species (Denisova), accomplished the seemingly impossible by sequencing the genome of extinct Neanderthals, and revealed the gene transfer between certain extinct hominins and Homo sapiens after the famous migration out of Africa about 70,000 years ago.

Where humankind came from, our ancient migration routes, and how we differ from other extinct hominins have always been popular topics in science, as well as in societies themselves. Fossils unearthed over the years have provided evidence suggesting that modern humans first appeared in Africa around 300,000 years ago, whereas Neanderthals, our closest known relatives, originated outside Africa about 100,000 years before that. Neanderthals spread in Europe and Western Asia, and slowly went extinct after Homo sapiens began to migrate out of Africa. Modern humans first populated the Middle East, later spreading to other areas. During this time, Homo sapiens and Neanderthals coexisted in several parts of Eurasia for different periods. Around the end of the 1990’s, sequencing of the human genome provided clues as to what may have happened during these coexistence periods. However, clearer answers required a comparison material: the Neanderthal genome.

Studying the genome of an extinct species is challenging as DNA degrades over time, and becomes largely modified, partly due to contamination with the DNA of other species (especially bacteria). Pääbo set his mind on overcoming these challenges to develop methods for studying Neanderthal DNA. For this purpose, he chose to work on mitochondrial DNA, which is much smaller but comes in thousands of copies. He finally succeeded in sequencing one region of mitochondrial DNA from a 40,000-year-old Neanderthal bone from Germany, and discovered that Neanderthals were genetically distinct from present-day humans and chimpanzees.

Pääbo’s efforts did not stop there, and he went on with his team to develop better methods for isolating and sequencing ancient nuclear genomes. In 2008, his team managed to sequence a 40,000-year-old finger bone discovered in the Denisova cave in Siberia, which contained exceptionally well-preserved DNA. Their findings pointed out a unique DNA sequence, which was different from all known genome sequences of Neanderthals and present-day humans. This was a new discovery: a previously unknown hominin, which was given the name Denisova. Later, in 2010, Pääbo’s team also completed the first Neanderthal genome sequence.

Then came the comparative analyses, to shed light on the relationship between modern-day humans and their extinct relatives from different parts of the world. Studies demonstrated that the most recent common ancestor of Neanderthals and Homo sapiens lived around 800,000 years ago, Neanderthals and Homo sapiens interbred during the time they coexisted, and that approximately 1-4% of the genome of present-day humans of European or Asian descent originates from the Neanderthals. Comparative studies showed that Homo sapiens also interbred with Denisovans, which populated eastern Eurasia, and that modern-day humans of South East Asian origin carry up to 6% Denisova DNA.

The gene flow between Homo sapiens and other hominins provides important contributions to physiological and medicinal studies today, including insights into how our immune system works.

Pääbo’s studies gave rise to an entirely new scientific discipline, called paleogenomics. His discoveries have provided invaluable information on how the world was populated when Homo sapiens began its big migration out of Africa, how modern-day humans spread to the rest of the world, and which hominin species they interbred with along their path.