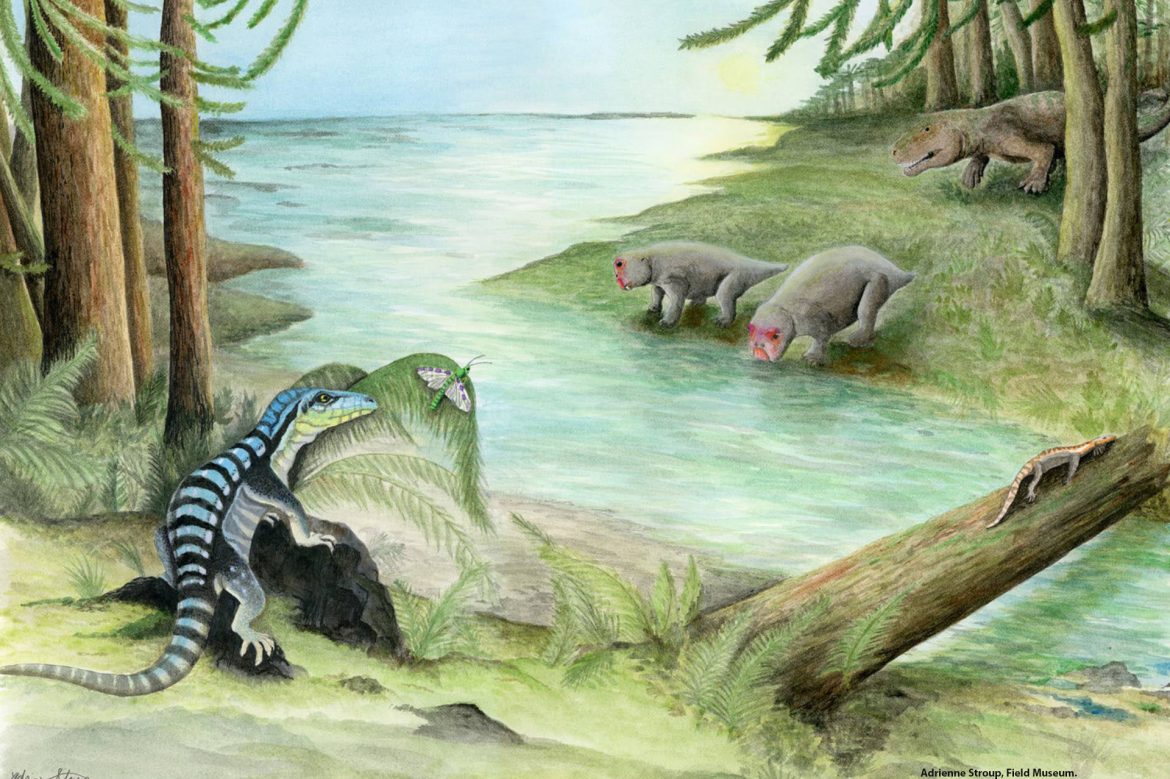 The Mini King of Antarctica

Antarctica may not be the first choice if you were to go fossil-hunting, as you need rocks for fossils, but guess what? Paleontologists have unearthed the fossils of an iguana-sized reptile near the South Pole. The discovery was said to belong to an early cousin of the dinosaurs, which was a carnivorous reptile that lived roughly 250 million years ago –back when Antarctica wasn’t frozen and had a warmer climate, covered in forests and rivers.

The scientists named the new mini dinosaur-cousin Antarctanax shackletoni, or “Antarctic king.” What’s special about this fossil is that it gives us a better idea about what Antarctica looked like after the world’s biggest mass extinction, which happened about two million years before Antarctanax lived and how life recuperated afterward. Two million years, from a geological point of view, is a very short time. And researchers used to think that diverse species were able to properly repopulate the planet tens of millions of years after that extinction.

“This new animal was an archosaur, an early relative of crocodiles and dinosaurs,” says Brandon Peecook from Field Museum, also the lead author of the paper describing the new species. “On its own, it just looks a little like a lizard, but evolutionarily, it’s one of the first members of that big group. It tells us how dinosaurs and their closest relatives evolved and spread.”

The fossil skeleton is partial, but paleontologists were still able to deduce that Antarctanax was a carnivore that fed on bugs, early mammal relatives, and amphibians. However, the most surprising thing about the fossil is that it shows how different Antarctica’s wildlife was from southern Africa. The researchers previously thought these two regions would have similar animals as these two landmasses were joined back then. Having found this fossil in Antarctica shows the scientists that this region was a hot-spot for rapid evolution and diversification after the end-Permian mass extinction, a.k.a. the “Great Dying,” which wiped out almost 90 percent of all animal species on the planet. It gives us a good insight into how archosaurs and their crocodile descendants repopulated the world after a mass die-off.

Antarctanax shackletoni‘s name is in part an homage to British polar explorer Ernest Shackleton, who led multiple Antarctic expeditions in the early 1900s.