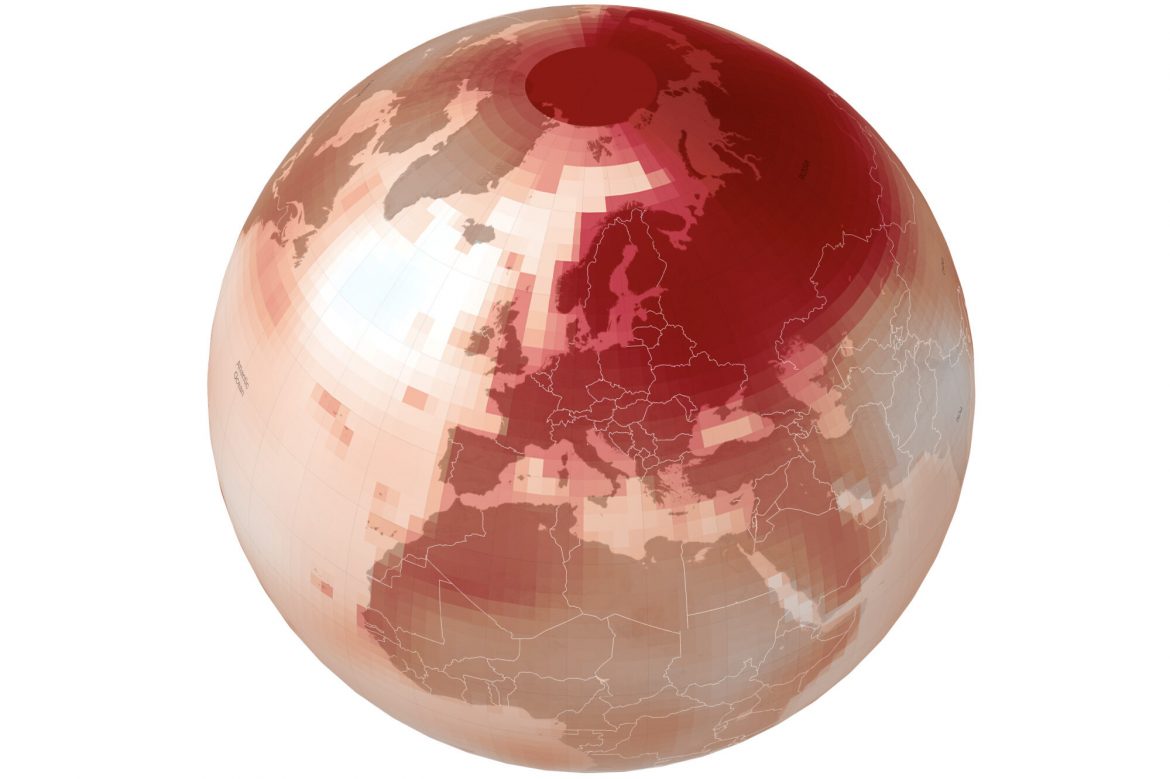 Climate researchers from the European Union’s Copernicus Climate Change Service (C3S), as well as NASA and NOAA (National Oceanic and Atmospheric Administration) in the US have confirmed that 2020 was the hottest year ever recorded, along with 2016. Measurements showed that the average temperature was 1.25°C higher compared to the preindustrial period.

Compiling and analysing climate data from meteorological stations at hundreds of locations around the world is a complex task, and researchers do not deny that minor inconsistencies exist. For example, according to NASA, 2020 was slightly warmer than 2016. However, NOAA announced that 2016 was a little warmer. Such data vary within a range of one-twentieth of one degree and are statistically within the margin of error.

Various natural events and natural disasters can also play an important role in annual variability. For example, the smoke rising into the stratosphere due to wildfires in Australia during the winter months of 2019-2020 are thought to have reduced the temperatures in the Northern Hemisphere to a certain extent. The El Niño Southern Oscillation cycles, which occur due to fluctuations in ocean temperatures, are also critical in annual temperature variations (the warm phase of this oscillation is called El Nino and the cold phase is called La Nina). During the El Nino period, occurring every two to seven years, global temperatures increase due to the warming in the Pacific Ocean. Likewise, during the La Nina period, ocean waters stay cooler, which adversely affects global temperatures. Though recorded as the hottest year, 2020 was in fact a La Nina year.

Behind all this, lies global emissions of greenhouse gases. In addition to the consumption of fossil fuels, the amount of carbon dioxide released into the atmosphere by the wildfires in Australia and Siberia is impossible to ignore. Last year, the amount of carbon dioxide emissions from the wildfires in Siberia alone were equal to the combined annual emissions of Spain, Egypt, or Vietnam. Furthermore, we should not forget that the COVID-19 outbreak led to a 7% decrease in global greenhouse gas emissions in 2020, compared to 2019. Climate researchers report that if we continue to emit greenhouse gases at this rate, we will exceed in 2030 the 1.5°C limits set by the Paris Agreement.