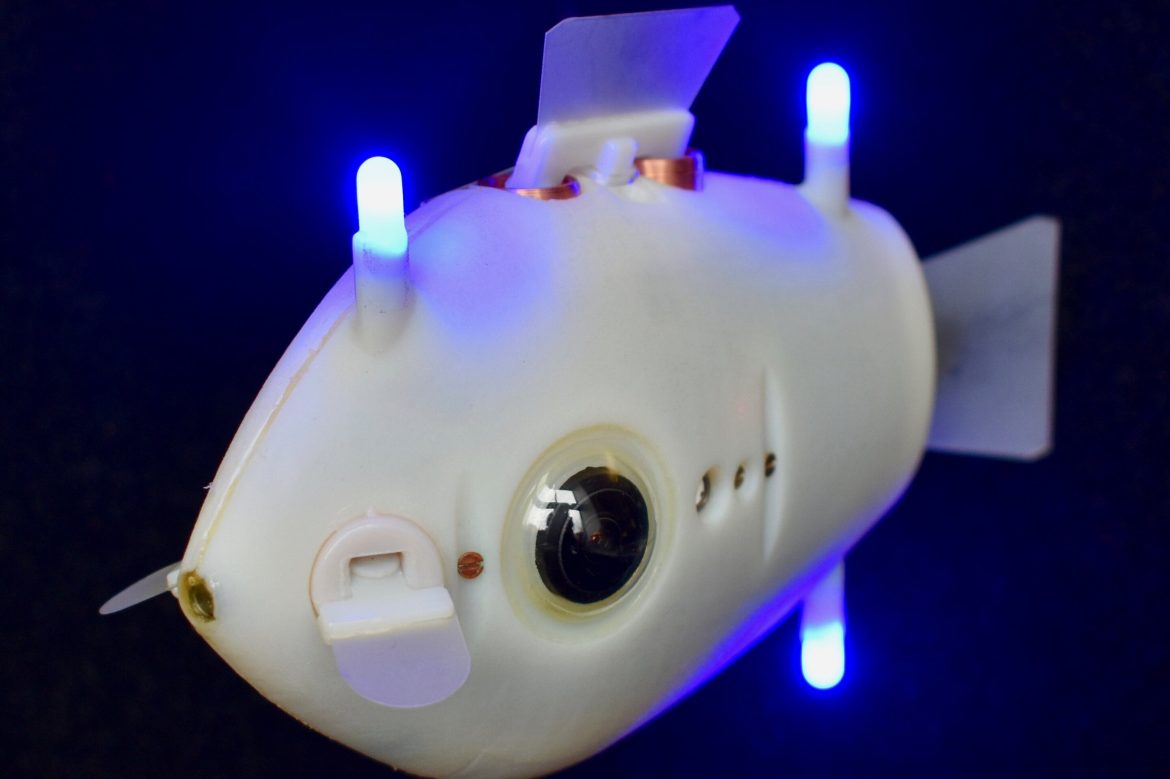 Schools of fish exhibit complex, synchronized behaviour that assist in finding food, migration, and escaping predators. These movements are not coordinated -the fish don’t communicate with each other about their next step. Such collective behaviours mostly arise from implicit coordination. That is, decision-making based on visual clues regarding what their nearby neighbours do.

Some species use their lateral lines to detect their neighbours in low visibility conditions. By making decisions based on the perception of local neighbours, teams of fish are able to achieve enormous scalability and robustness through decentralization, gracefully bypassing the inherent challenges of underwater communication.

Scientists from the Harvard John A. Paulson School of Engineering and Applied Sciences (SEAS) and the Wyss Biologically Inspired Engineering Institute have developed robots that can synchronize their movements like a real school of fish, without external control. For the first time, researchers have been able to implement complex 3D collective behaviours in underwater robots with implicit coordination.

The working principle of these cute robots, called Bluebots, is as follows: Eye cameras providing almost 360 degrees of vision to the robot constantly seek and detect the blue LEDs placed on each robot with constant spacing. With this simple information, each Bluebot can determine its distance from another robot: If a neighbour is nearby, the distance between these two LEDs appears more, and if the neighbour is further away, the distance appears less.

Each Bluebot reacts indirectly to their neighbours’ positions. So if we want robots to gather together, then each Bluebot calculates the position of each neighbour and moves towards the centre. If we want the robots to disperse apart, they will do the opposite. For the school to move in a circle, you simply need to program them to follow the lights in front of them in a clockwise fashion.

Obviously, the researchers have only succeeded in developing robots that display impressively complex swarm behaviour with visual perception alone. Cameras beoming increasingly cheaper and more sophisticated will allow Bluebots to perceive a richer picture of their environment.