Skip to content
Homepage astronomy Surface of a Pulsar Mapped 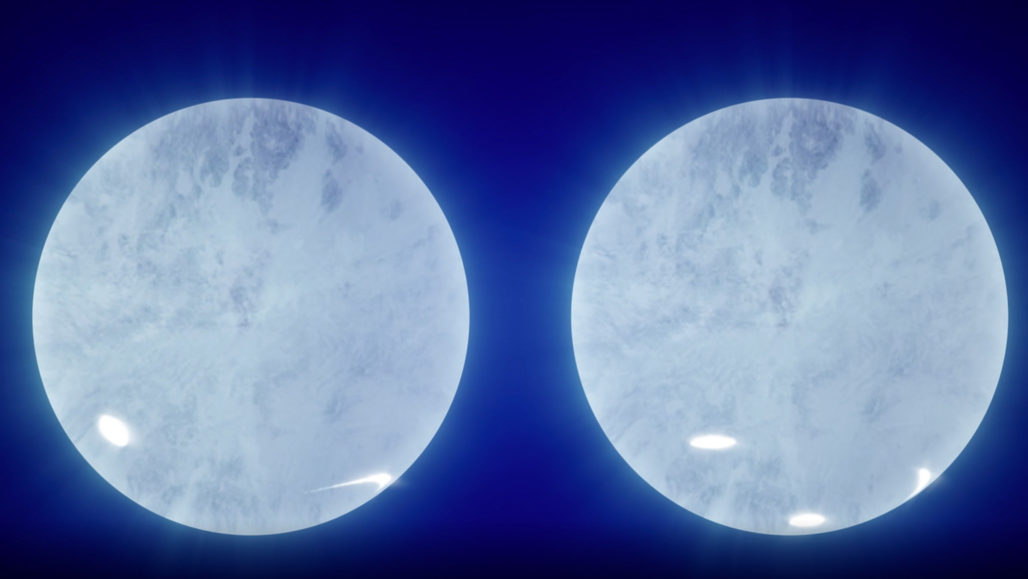 Surface of a Pulsar Mapped

We do not precisely know how matter behaves when it is compressed this much, but neutron stars are helpful at this point, seen as a research topic with the potential of containing important clues that may contribute to our knowledge of basic physics. To search for these clues, two independent teams of observers started monitoring a pulsar dubbed PSR J0030 + 0451 with NICER, an X-ray telescope at the International Space Station. They watched how the pulsar’s X-ray brightness fluctuated synchronously with its rotation. Then, with the help of supercomputers, the researchers estimated what the star’s surface could look like.

In addition to determining that J0030 has about 1.3 solar masses and a width of 25.4 km, they identified two hot spots on the surface of the star; one small and circular, the other long and crescent-shaped.

These bright spots on the surface of the pulsar, which rotate 250 times per second, are the areas where atomic particles directed by magnetic fields hit the star. The locations of these points reveal the architecture of the magnetic field. According to our previous knowledge, the magnetic field of pulsars is similar to a rod magnet with a clearly defined north and south poles. In this case, the researchers should have seen two equally bright spots, symmetrically placed in each hemisphere. But instead, one of the hemispheres appeared clean, while the other had three spots.

As predicted in Einstein’s theory of general relativity, a pulsar has a mass so dense that it warps the fabric of space-time around gravity. The effect is so apparent that the light coming from the direction facing away from the observer bends and is redirected back to the observer. This makes the star appear larger than it actually is, and means that the hot spots do not disappear completely from the view when the pulsar rotates away from the observer.

These results indicate that the magnetic fields are far more complex than the traditional dipole model can suggest. Although scientists have not yet determined why the spots of J0030 are shaped and arranged this way, the findings show that the answers are within reach.