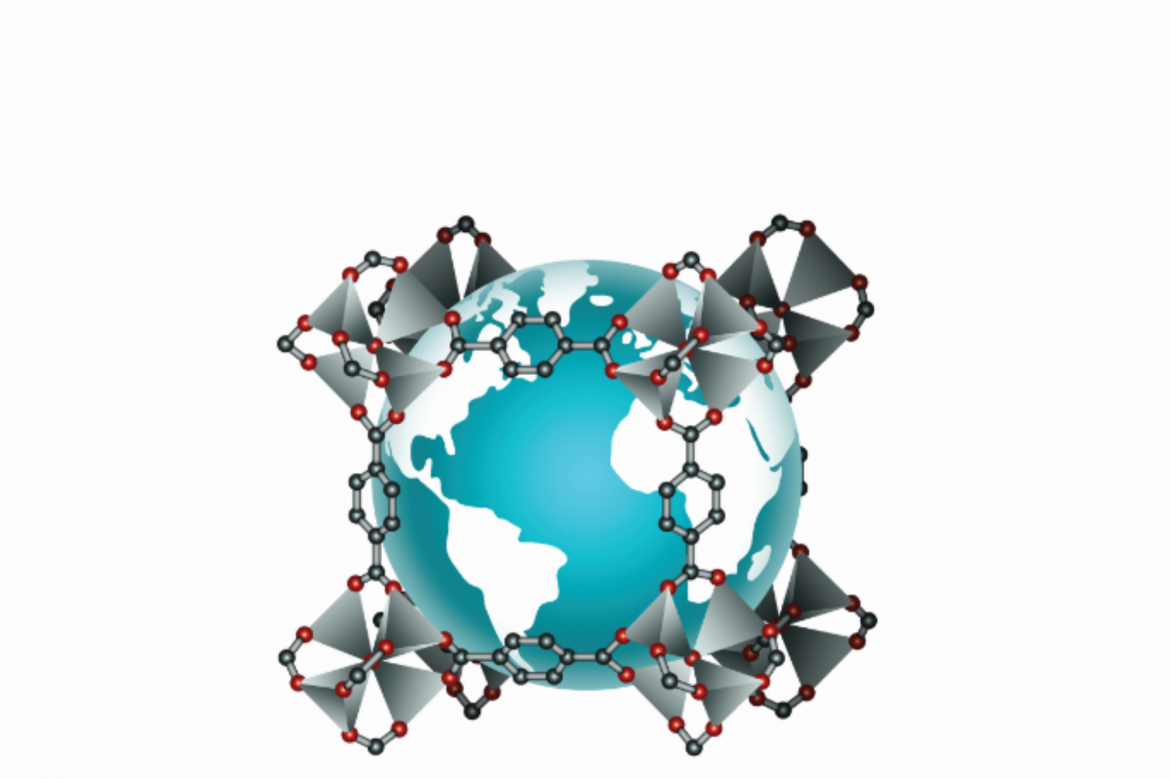 The Race to Capture Carbon Dioxide

2019 has been an interesting year in which our awareness regarding global warming has reached a new level. Aside from the enthusiasm sparked by a bold and concerned young person, great forest fires, floods, and droughts around the world have once again drawn attention to this problem—perhaps more attention than ever before. In addition to the responsibilities of states and what we can all do on a personal level, the world of science is also striving to produce solutions to this problem.

A paper by Prof. Seda Keskin of the Koç University Department of Chemical and Biological Engineering was published last month in Nature Energy, a prestigious, high-impact scientific journal. This is important news in that it marks the first time a paper by a researcher from Turkey has been published in Nature Energy. But beyond that, the content of Prof. Seda Keskin’s paper ushers in the good news that we are on the verge of groundbreaking developments with regard to the materials, methods, and technologies used. Written upon a prompt by the journal to view a paper previously published in Nature and the research that was its subject, the paper also includes the current state of research in the field, and the latest promising developments and foresight.

But why was Seda Keskin asked to write such a news & view paper, and what exactly is she working on? As we all know, the nightmare of global warming has been on our agenda for a while, and it is not only Greta Thunberg who worries about it. The scientist is also trying to draw attention to the problem and create solutions within their own disciplines.

Greenhouse gases released to the atmosphere during or as a result of human activities are the most important actors of global warming. Among these gases, carbon dioxide appears determined to keep its place at the top of the ranks. But some researchers who believe that since we cannot give up technology, we need to find ways of reducing carbon dioxide emissions are looking seriously into the subject of carbon dioxide capture. And to this end, they have been working to develop new Metal Organic Frameworks (MOF) that can capture carbon dioxide. Since Seda Keskin is a researcher known for her achievements in this field, Nature Energy has asked her to pen this paper.

MOFs are three-dimensional crystal porous structures in which one metal and one organic binder come together and join together like Lego bricks. Porous structures that contain 8 to 9 thousand m2 surface areas in one gram, MOFs are similar to kitchen sponge on the microscopic scale. And their porous structure is very well suited for capturing carbon dioxide. In fact, MOFs are relatively young structures: They have only been discovered about 11 years ago. The current number of MOF variants is about 92 thousand and continues to rise. Their Lego-like structure allows new MOFs to be created every day, and this rests only on the imagination and synthesis skills of the researchers. The real difficulty here is to come up with the structure that best captures carbon dioxide. Some structures fail to isolate the carbon dioxide and also end up capturing water vapor or other gases in the environment such as nitrogen. Therefore, it takes quite a lot of effort to find the MOF that captures the highest amount of carbon dioxide. Moreover, it can sometimes take years to test a single MOF in the laboratory and considering that there are more than 90 thousand variants, this is not really a practical effort. This is exactly where Seda Keskin and her team come in: With a method named computational screening, they study MOFs in their computers. Particularly notable here is the fact that they can also test the materials on the atomic level and by simulating such parameters as temperature and pressure at levels unattainable experimentally. Thanks to the computation they perform on the atoms, they can estimate how much carbon dioxide the material can capture under certain conditions. 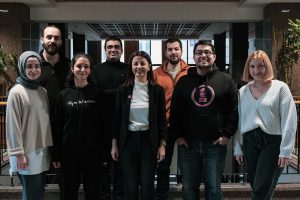 Seda Keskin has been continuing her research in this field within the scope of the prestigious project grant she received from the European Research Council (ERC) in 2017. When Keskin applied for ERC funding in 2017, the number of MOF variants was 54 thousand, and since it has been constantly increasing as there are researchers in laboratories around the world working around the clock to produce the design that best captures carbon. Seda Keskin and her team are studying the new materials that are produced and commercialized, and are trying to increase their efficiency by adding new functional groups to them that carbon dioxide will be eager to attach itself to.

The team working at Koç University with Seda Keskin has tested 55 thousand materials for separation from carbon dioxide, nitrogen, hydrogen, and water vapor and published the results; the database is openly accessible. Now, they are applying the methods they have developed while screening the 40 thousand newly arriving materials to the ones they have screened before, to verify the results. Next, they will be taking the approximately 10 materials with the highest potentials that they will choose among these and test the results in the computer simulation in physical space, with the aim to pick the best technology from among approximately 90 thousand materials. 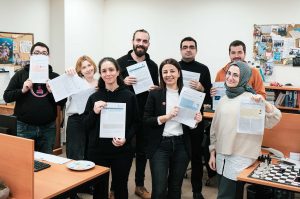 Since this research is being conducted at the atomic level, tests at much larger scales are needed for it to be made viable in industrial applications. But first, this basic research has to be completed: The best MOF must be picked, tested experimentally in the laboratory to allow new technology to be developed. Once this is done, new materials to utilize this technology truly promise a bright future. The materials can be used in various applications from factory chimneys to all spaces where a clean environment is desired. In fact, a group of researchers at the University of California in Berkeley working in this field have observed some of the MOFs they have developed after leaving them in the desert overnight and witnessed that they have captured water vapor, which can produce drinking water once liquified. In other words, this technology can be among the alternative energy systems of the future, and the same material can be reused multiple times. Another project in the field is being led by the partnership of researchers from the Massachusetts Institute of Technology (MIT) and a major car manufacturer. This project aims to use MOFs as capacitors for the efficient distribution of power in electric vehicles.

In this competitive environment in which laboratories around the world are racing against one another to produce new materials, it is extremely satisfying to know that there are always ways to produce better materials and to be part of this process. And Prof. Seda Keskin and her team are among the teams that carry the flag forward in this fast-running race.