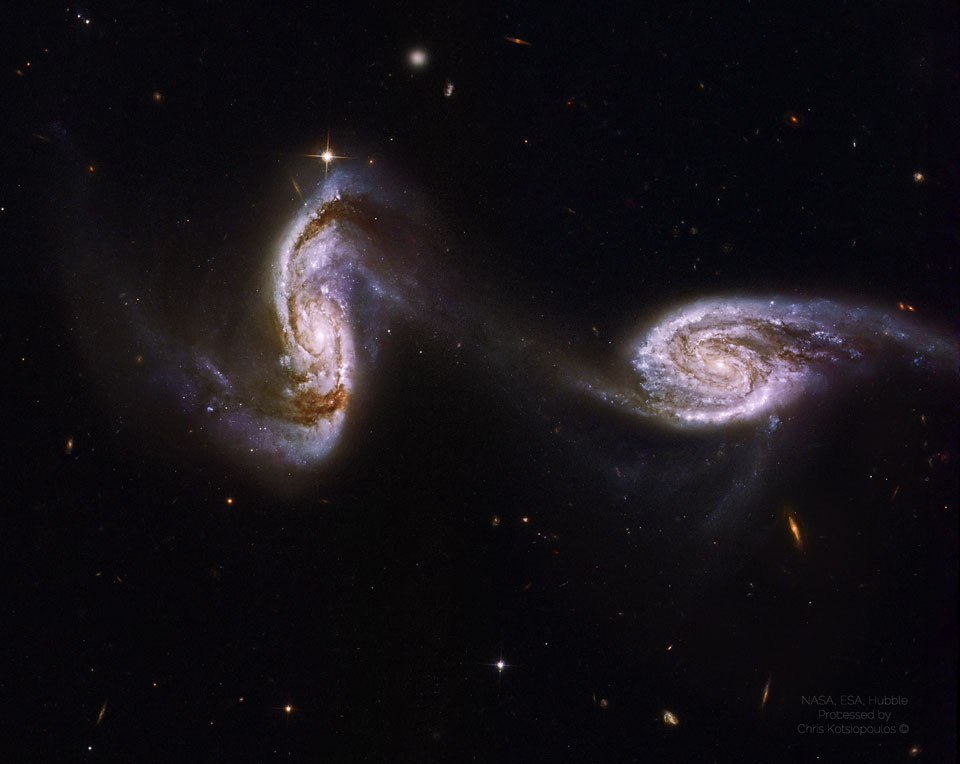 Hubble space telescope captured the view of a bridge of stars, stretching out between two huge spiral galaxies. This bridge between the galaxies NGC 5257 and NGC 5258, is believed to be caused by tides resulting from a mutual gravity when the two systems came close to each other about 250 million years ago.

These gravitational tides pulled away matter and compressed gas, causing the formation of stars in both galaxies and between them. The pair, also known as Arp 240, are about 300 million light years distant and are thought to be on the path of a merger, which will result in a single combined galaxy.