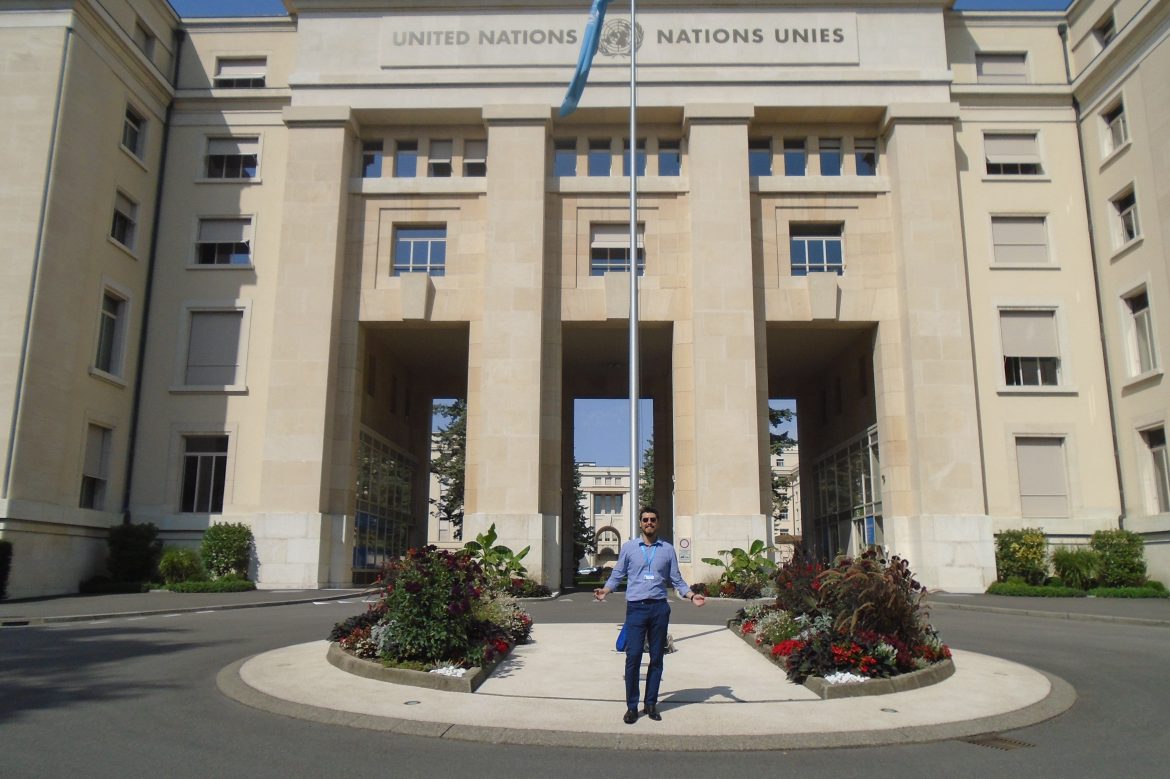 How can space technologies be used for public health, medicine, and healthcare services?

Last month, I was privileged to participate in “Strengthening Space Cooperation for Global Health”, a conference organized by the United Nations Office of Outer Space Affairs (UNOOSA), the World Health Organization (WHO), and the Government of Switzerland, with the support of the European Space Agency (ESA) and held at the headquarters of WHO.

Around 100 people attended from 20 plus countries all from different backgrounds and organizations; delegates included government representatives, WHO and UN delegates, senior executives from NASA, ESA and JAXA, researchers, young professionals, and students.

Various methods were presented on the use of space assets, such as Earth Observation and Telecommunication satellites, for imaging countries and identifying diseases. These included:

·         Researches are conducted aboard the International Space Station for identifying potential treatments for major diseases, such as cancer.

The Importance of the Conference for United Nations Sustainable Development Goals

The conference aimed to foster dialogue on how to create and reinforce partnerships for better utilization of space-based assets, data, and technologies in addressing global health. In addition, discussions and recommendations made by participants will be used as inputs and benefits for the “Sustainable Development Goals (SDGs)” of the United Nations and in preparations for the UNISPACE+50 conference in 2018.

SDGs were agreed on by world leaders in September 2015 at a United Nations summit and cover 17 focus area that over the next 15 years will form the basis of work and discussion of the UN’s official 2030 Agenda for Sustainable Development. With these new SDGs, countries will mobilize efforts to end all forms of poverty, fight inequality, and tackle climate change, while ensuring no one remains behind.

Therefore, in line with the 2030 Agenda for Sustainable Development, the UNISPACE+50 Conference in 2018 will aim to unite the outputs of participants from various conferences and create a global space governance under the space economy, space society, space accessibility and space diplomacy, with a longer-term view towards the Space 2030 vision.

One of the critical components on drug design for deep space missions is the prediction and prevention of diseases during long term spaceflight. Currently the International Space Station acts as the largest man-made laboratory in our solar system. Situated 400 km above the ground, it provides an excellent environment for microgravity experiments on combustion, 3D printing, plant growth, blood flow analysis, and for disease causing bacteria.

In addition to Earth Observation and Telemedicine discussions, the conference also included paper presentation session related to medicine and drug design. I gave a presentation at this session on the role of HfQ, a key sRNA binding protein, in the virulence (potential to cause disease) of Pseudomonas Aeruginosa, a common, disease causing bacteria in microgravity environment.

Here on Earth, we encounter many bacterial pathogens while washing our hands and brushing our teeth, such as Salmonella Typhimurium, Pseudomonas Aeruginosa, or Staphylococcus Aureus. Even though they are invisible to the naked eye, these bacteria affect us in many ways. These bacterial pathogens have been found to alter their functions in the microgravity aboard the ISS.

One of the key alterations found was in gene expression that led to an increase in the virulence of bacteria, and so made it much more likely that astronauts would become sick. These bacteria are very common; Pseudomonas, for example, can be found as a contaminant in water and Salmonella causes gastroenteritis in humans. This study has significant implications as any bacteria in space will weaken the immune system of astronauts and increase the risk of infectious disease during long-term spaceflight.

HfQ is a non-coding RNA (sRNA) binding protein that regulates gene transcription, mRNA transition, and increases the fitness and virulence of bacterial pathogens. In my work, I tried to block HfQ-sRNA binding as a way of decreasing the virulence of bacteria. According to my calculations, there are several drug molecules currently in use that are 80-90% similar to HfQ.

For example, the cancer preventive agents or proteins, used in the treatment of liver and lung cancer If we could change the molecular composition of these existing drugs to mimic that of HfQ, we could create new molecules that can block the action of the protein, thus reducing the virulence of these bacteria in space. These could be used by astronauts to decrease the risk of life threatening sickness during long-term space flight.

The conference was beneficial for many reasons. The opportunity to contribute to high level discussions was a great way to better understand current studies by WHO and the UN on the future of global health. In addition, my own recommendations on drug design and astronaut health will be included in the official report to be prepared by UN/WHO executives for both UNISPACE+50 and SDG 2030 Vision archives. As a PhD Student at Koç University, the opportunity to participate in a high level conference with the support of the UN, serves to increase international collaboration between Turkey and the UN. I hope that my studies will help create awareness, and inspire and encourage students and future generations to make the Earth a better place and make space more accessible.