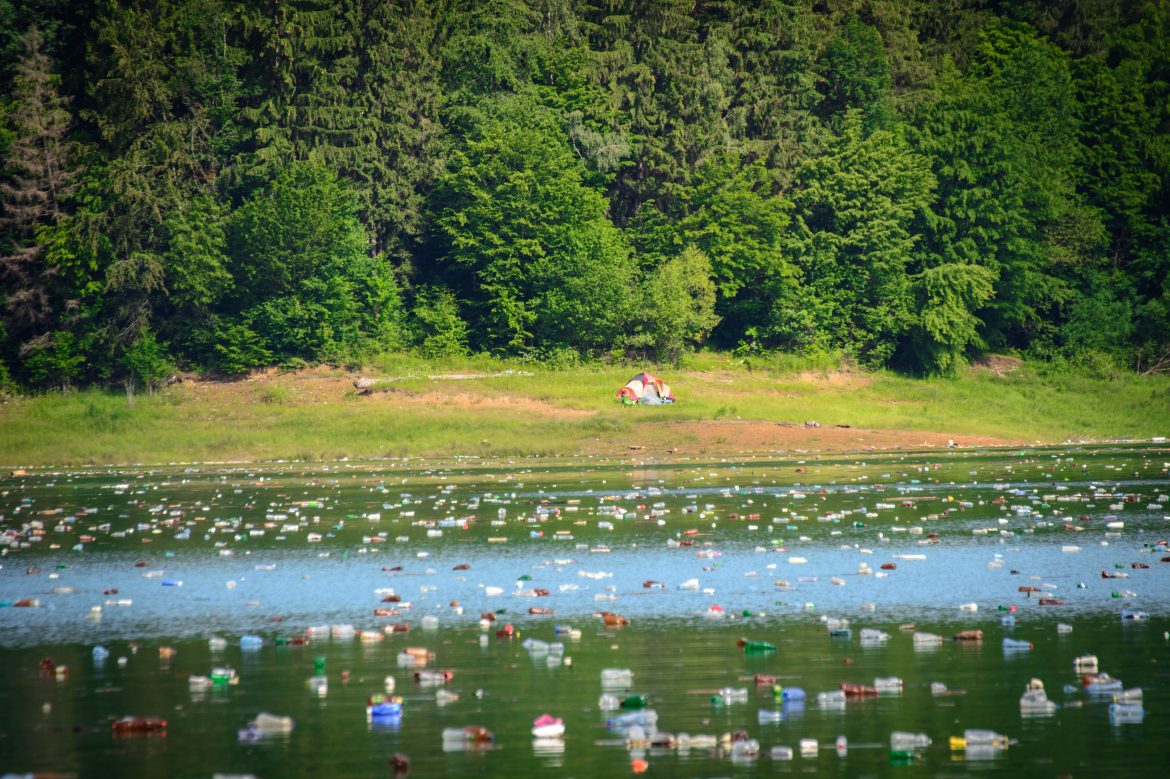 Manufacturing of plastics began only 65 years ago, but according to the scientists, its current mass has reached that of a billion elephants and has left an unavoidable trace on our planet. Considering more than 70 percent of this manufacture ends up in solid waste landfills, the plastic-dense pollution we can see in our environment is just a drop in the ocean!

A group of ecologists from the University of Santa Barbara recently published an article in Science Advances, presenting the first global analysis of all mass-produced plastics ever manufactured: The estimates show that 8.3 billion metric tons of virgin plastics have been produced to date.

Since the start of its mass-manufacturing in the 1950s, the polymers are now everywhere. Some soft as wool, some hard as steel, some dissolve in water, and some resist flames. From toothbrushes to aeroplane parts, from food packaging to carpets… Chemists have created such a useful substance that our partnership in unlikely to end in near future.

Only 9 percent goes to recycling

The research indicates that half of those 8.3 billion tons of plastics has been manufactured in the past 13 years. About 30% of the total produced amount remains in use today and only 9 percent of the discarded plastics has been recycled. Plastics can only be permanently destructed by incineration as they cannot biodegrade, which brings along an important environmental concern: gas emissions to the atmosphere.

Their interference with the food chain is inevitable

Plastic mass buried in landfills has long been known to interfere with our food chain, and marine organisms are getting their fair share. Marine scientists claim that they have already started to encounter fish with more plastic fragments than food in their guts. Scientists estimate that the recycled plastics will be able to compete with the amount in landfill sites only by 2060. Sadly, another estimate for the same year predicts the amount of plastics floating in the oceans will exceed the population of marine organisms.

Almost every second, roughly 20 thousand disposable plastic bottles are being sold. Consumption of plastics is estimated to reach 12 billion metric tons by 2050. So, either humanity will limit its demand for plastics or the Earth will become “Planet Plastic”!

Major responsible: China
The scientists have compiled a list of the nations they find to be responsible for most of this plastic problem and distributed this responsibility among 20 nations with the highest plastic consumption rates. China is at the top, producing more than a million tonnes of marine debris annually on its own. Furthermore, its plastic recycling rate in only 25 percent.

The USA follows China with a 9 percent plastic recycling rate. EU nations are on top of the list with around 30 percent recycling rates. However, the problem is too big to be resolved by the efforts of only a few nations. Plastics know no national boundaries, so the urgency of establishing an international committee is on the agenda.