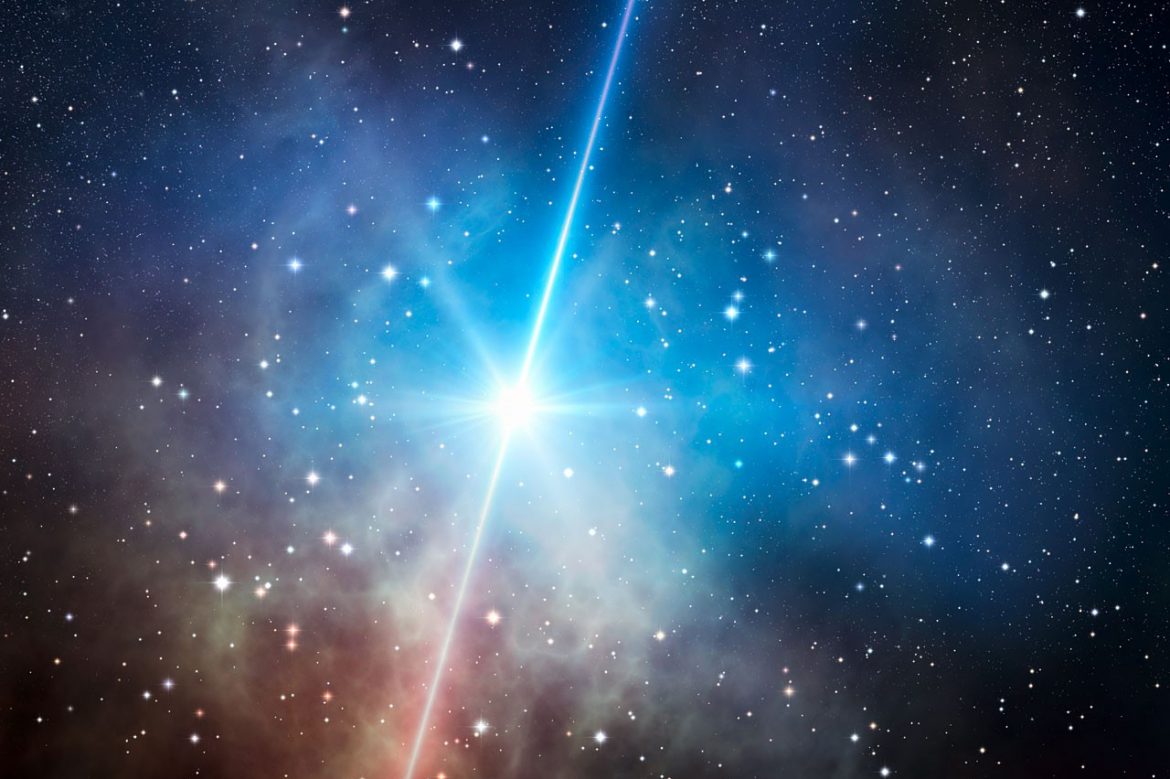 Intriguing scenario for the origin of detected waves…

The gravitational waves detected by twin LIGO observatories could have been emitted by twin blackholes which formed in a single star, a leading astrophysicist has proposed.

In a triumphant statement on February 11, LIGO scientists had revealed that the detected waves had been emitted by merging two black holes of 29 and 36 solar masses somewhere  1.3 billion light years away (that is, 1.3 billion years ago) but had left open where exactly the merger had taken place.

Now, Professor Avi Loeb of the Harvard-Smithsonian Center for Astrophysics (CfA) says the black hole binary could have formed inside a massive star “like the twin babies of a mother inside her belly”.

Theoretically, merger of two black holes should be a “dark event” producing no electromagnetic radiation (light). Loeb, however, bases his assumption on the detection of a gamma ray burst (or, GRB) by the Fermi Gamma Ray Space Telescope just 0.4 seconds after the calculated emission time of the detected gravitational waves. Being one of the most violent events in the universe, a GRB is produced by the collapse of the core of a massive star to form a black hole. As the outer layers of the destabilised star fall on the black hole, they form an accretion disk around it and part of the infalling material is ejected into space as relativistic jets in opposite directions as in the artist’s conception above. If one of the energetic jets is aligned with our line of sight, it is perceived as a GRB.

Since the source of waves detected by LIGO was the merger of two black holes of 29 and 36 solar masses, the star able to keep two such babies inside its belly should have been far more massive. In Loeb’s scenario, these mammoths can form when two less massive stars collide and merge. And as the two stars spin ever faster as they spiral in, the star produced by the merger attains a great rotational speed. When the new star enters the process of collapse, its core gets elongated into a dumbbell shape which then splits into two bulges which collapse to form black holes. The black hole binary, separated by just a distance equivalent to the Earth’s diameter, merge within minutes (emitting gravitational wave in the process). And consuming a solar mass of material every second from the infalling gas, the unified black hole ejects particle jets from its poles.

Although the Integral spacecraft of the European Space Agency did not detect the GRB which triggered Fermi’s sensors 0.4 seconds after the emission of gravitational waves captured by LIGO, Loeb points out that if his scenario gets confirmed, the astronomical community would be presented by a new tool for gauging cosmic distances and calculating the expansion rate of the universe.

Because, the discovery of new GRBs coinciding with the release of gravitational waves, measurement of their redshifts and comparison of the values by calculations of distance for the waves’ sources based on LIGO data, would lead to solid predictions, Loeb points out.