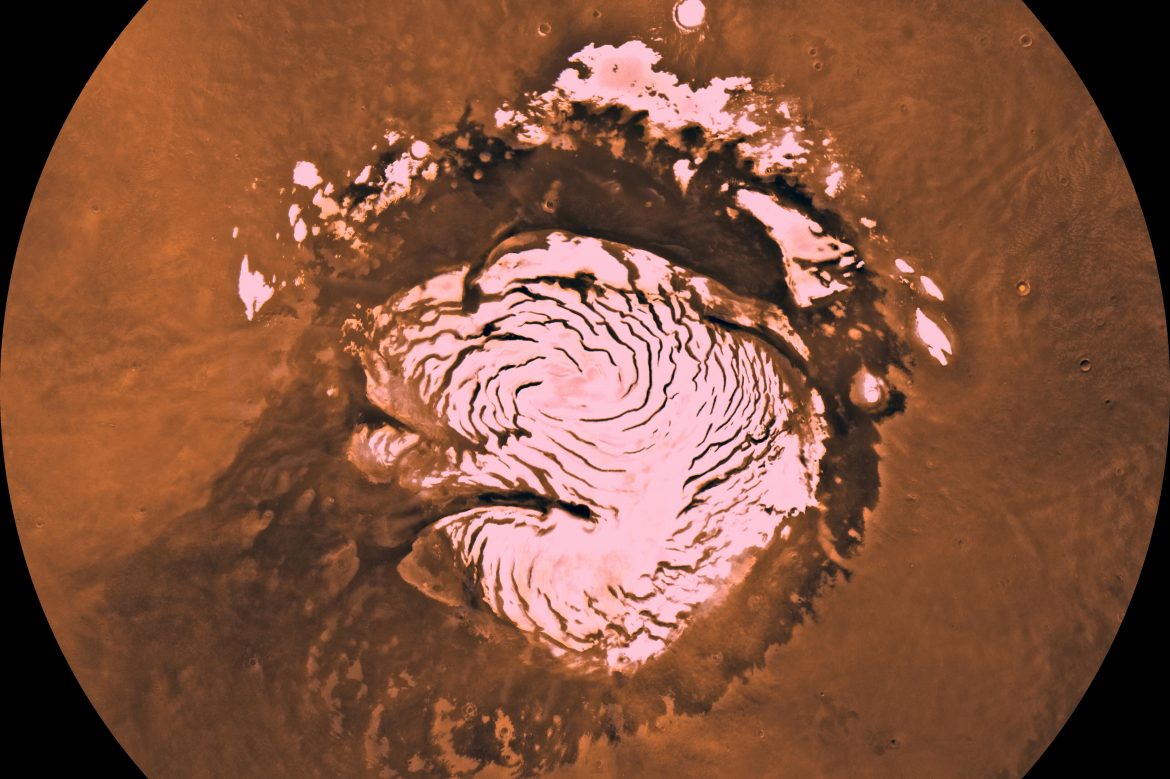 Searched for Water, Found a Lake!

Mars always finds a way to hit the headlines. As it seems, the ruby in our skies will maintain its position on the throne of fame for a long time. Not only it gave a spectacular visual feast for the sky observers in late July, the red planet also gingered up the scientific community by the rather exciting news.

Analysis of the data from Europe’s Mars Express spacecraft (collected between 2012 and 2015) indicates the presence of an underground reservoir of liquid that may be saltwater, extending for about 20 kilometres in length, below the ice cap located on the planet’s southern pole (in the region called Planum Australe, to be exact). The spacecraft has a powerful radar instrument called MARSIS (Mars Advanced Radar for Subsurface and Ionosphere Sounding), developed under the leadership of Italian Space Agency (ASI) and provided in-half by NASA. MARSIS picked up strong signals from the icy region, from 1.5 km below the ice cap’s surface, which researchers think can be interpreted as liquid water’s presence.

“Water is considered one of the fundamental requirements for life. This is the first stable body of liquid ever found on Mars, and it could be considered a potential habitat,” explained Roberto Orosei, one of the scientists in charge of analysing the data.

Although the temperature of the lake is expected to be somewhere between -100C and -600C (below the freezing point of pure water), the team suggests that salts of magnesium, calcium and sodium are known to be present in Martian rocks may have been dissolved in the water, preventing the lake from freezing.

Jim Green, NASA’s chief scientist said “It definitely warrants further study. Additional lines of evidence should be pursued to test the interpretation,” and added, “We hope to use other instruments to study it further in the future.”

Indeed, one such instrument will be sent to Mars before the end of this year. NASA’s InSight lander will include a heat probe that is able to burrow down below the Martian surface and provide data on where liquid water may exist near the planet’s surface.

Of course, there is no evidence yet that life exists in the lake because we do not have the necessary technical equipment to drill through 1.5 kilometres of Martian ice there. But we will get there, in both meanings. Besides, researchers note that there are other similar areas on the planet. So, maybe, our red jewel has more to offer than we could ever imagine.