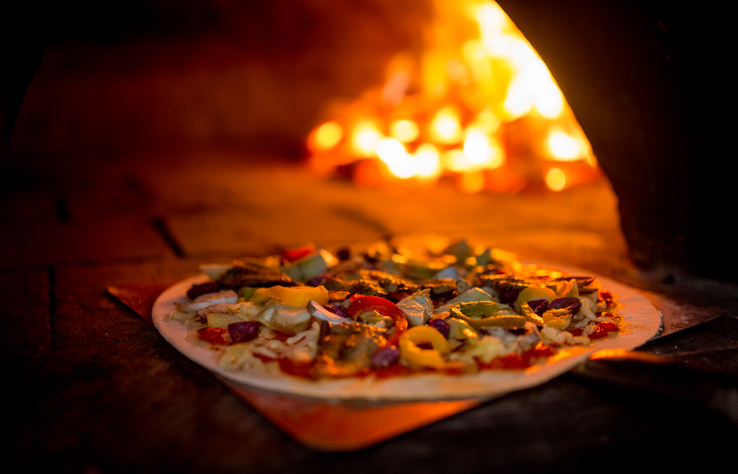 Physics of the Perfect Pizza

If you want to have the most delicious pizza in the world, physics may help you achieve that goal. Aren’t all the kitchen performances subjected to principles of physics already?

The authors of a new article published in arXiv roughly give us two options: “You will either fly to Rome and order a Margherita cooked in a brick oven, or you will listen to us to cook the perfect pizza with the mediocre oven in your kitchen.”

Should cook in two minutes

Pizzaiolos, the expert pizza cooks in Rome can turn doughy flat discs into universal golden pies in two minutes. Observing this, two Italian physicists and one food anthropologist studied the thermodynamics behind the perfect pizza. The researchers discovered that the brick oven was the perfect medium to distribute heat from wood fire uniformly. The ideal pizza, according to the researchers, should cook for 2 minutes in a brick oven heated to 330 degrees Celsius. If the pizza has vegetables like tomatoes, peppers or eggplants which can release water during cooking, you should cook it for 30 more seconds.

230 degrees Celsius in an electric oven

The researchers did not forget about us, regular mortals, who often do not have a brick oven in the house. With proper application of physics, an electric oven with a metal tray can also be used to cook a Roman-style pizza.

If you are growing impatient with the thought of a perfect pizza, go right into the kitchen. And if you are more interested in physics than the pizza, you can find the mathematical expressions of the long thermodynamic equation behind this story here.