Skip to content
Homepage Antropoloji Ötzi Gets on the Catwalk 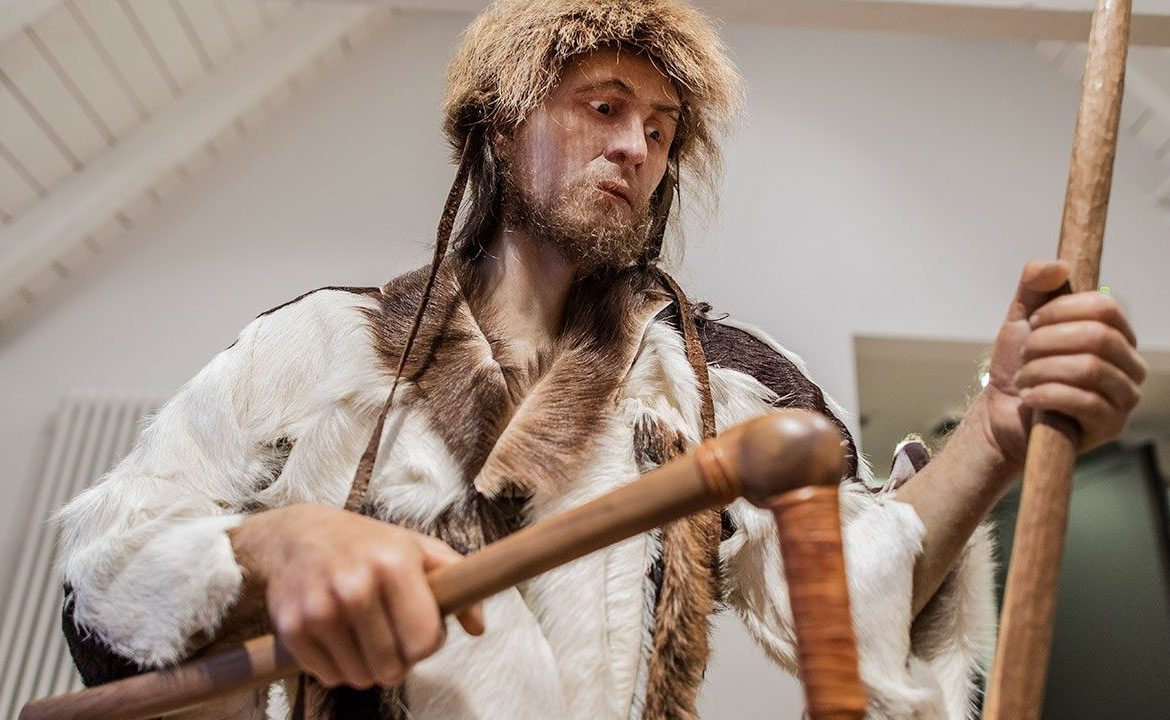 Ötzi Gets on the Catwalk

The last days of  a man , posthumously named Ötzi because his mummified body was discovered in a partly-melted Alpine glacier on the Ötztal Alps on the border between Italy and Austria in 1991, 5300 years after a fateful hunting expedition was illuminated to the slightest detail by an international army of researchers who dissected body samples to discover ailments, and drew a picture of a slow and painful death for the lonely hunter who apparently bled to death from an arrow wound on his back.

Then genetic analyses of the fossilized contents of his stomach and guts had revealed clues about the agricultural practices and dietary habits of his native lowlands.

But missing in the findings of over two decades of meticulous research was the sources of his heavily degraded garments.

But now, a new study based on the analyses of mitochondrial DNA recovered from nine pieces of garments has identified the animals providing them, confirming domestication presumably associated with agriculture. Researchers concluded that samples of garments were made from the hides of cattle, sheep, goats, as well as from roe deer and a brown bear. Beside the nuclear DNA wrapped on chromosomes inside the cell nuclei, which contain most of our hereditary  material, a small portion of genetic  material  handed down only from mothers reside in Mitochondria, organelles which function as  the power plants of cells.

Findings of the team, led by Niall J. O’Sullivan of the School of Archaeology of the University College Dublin and the Institute of Mummies and the Iceman in Italy, were published in Scientific Reports on August 18.

They showed that the “Iceman”s leggings were made of hard but more resilient goatskin, but that Ötzi had opted for relatively softer sheepskin for loincloth. Shoelaces were of hardy cattle hide. A heavy coat from clumsily stitched sheep and goat hides was complemented with a brown bear fur hat and a quiver from the hide of a roe deer bearing his arrows

Researchers think the availability of goats and sheep as a main source of clothing suggests people of Ötzi’s time and location were familiar with agriculture and coppersmithing.