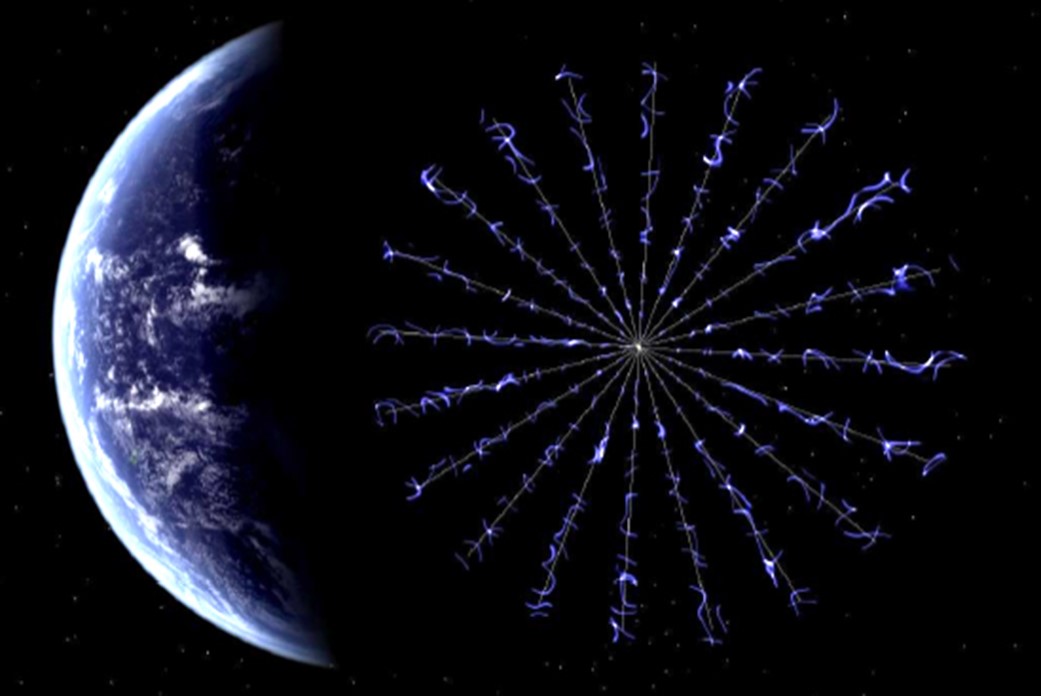 Full Sail to the Edge of Sun’s Domain

NASA announced that it had started testing a novel technology which would carry spacecraft to the edge of the Sun’s influence called heliopause in record time. The technology will harness the power of the “solar wind”, the stream of charged particles (mostly protons and electrons) which the Sun constantly blows into space with speeds 400-750 km a second.

The project, named Heliopause Electrostatic Rapid Transport System – HERTS, relies on a sail propulsion scheme which is the brainchild of Dr. Pekka Janhunen, an engineer at the Finnish Meteorology Institute.

The E-sail is to be composed of 20-kilometer-long aluminum wires, 1 mm thick, tethered to the spacecraft. The wires, numbering 10 to 20, will fan out due to centrifugal forces created by the one-revolution-per-hour rotation of the spacecraft. The positively charged tethers will repel the incident protons of the solar wind and the resulting momentum exchange will provide thrust. Meanwhile an electron gun will repel the negatively-charged electrons falling onto the wires to ensure they maintain their positive charge.

According to NASA engineer Bruce Wiegmann, by manipulating the voltage on each tether the force applied to different portions of the E-sail, the spacecraft can be steered just like a sailboat. And by changing the number, length and voltage load of the tethers the HERTS E-sail can enable the spacecraft to carry scientific probes to heliopause and even to the interstellar space beyond.

The E-sail, a scaled down version of which is currently being tested in the lab, is not subject to the limitations of other technologies NASA has developed to send spacecraft to extreme distances. One such technology, the solar sail, is accelerated by the pressure of solar photons on the sail made of kevlar, an extremely thin material.  But acceleration stops at 5 AU (Astronomical Unit = Sun-Earth distance = 150 million kilometers) where photons lose their energy.  Another technology employs ion motors which provide thrust by ions ejected from a small plutonium reactor. Acceleration stops when the reactor fuel is exhausted. HERTS E-sail, not shackled by such limitations, will keep accelerating even at distances 16-20 AU away, that is, three times the range of the solar sail, says Wiegmann.

It had taken 35 years for Voyager 1, launched in 1977, to cross the heliopause and sail into the interstellar space. Wiegmann is confident that HERTS E-sail will be able to cover that distance in just 10 years.

But the NASA engineer says the realisation of the project may also take ten years.