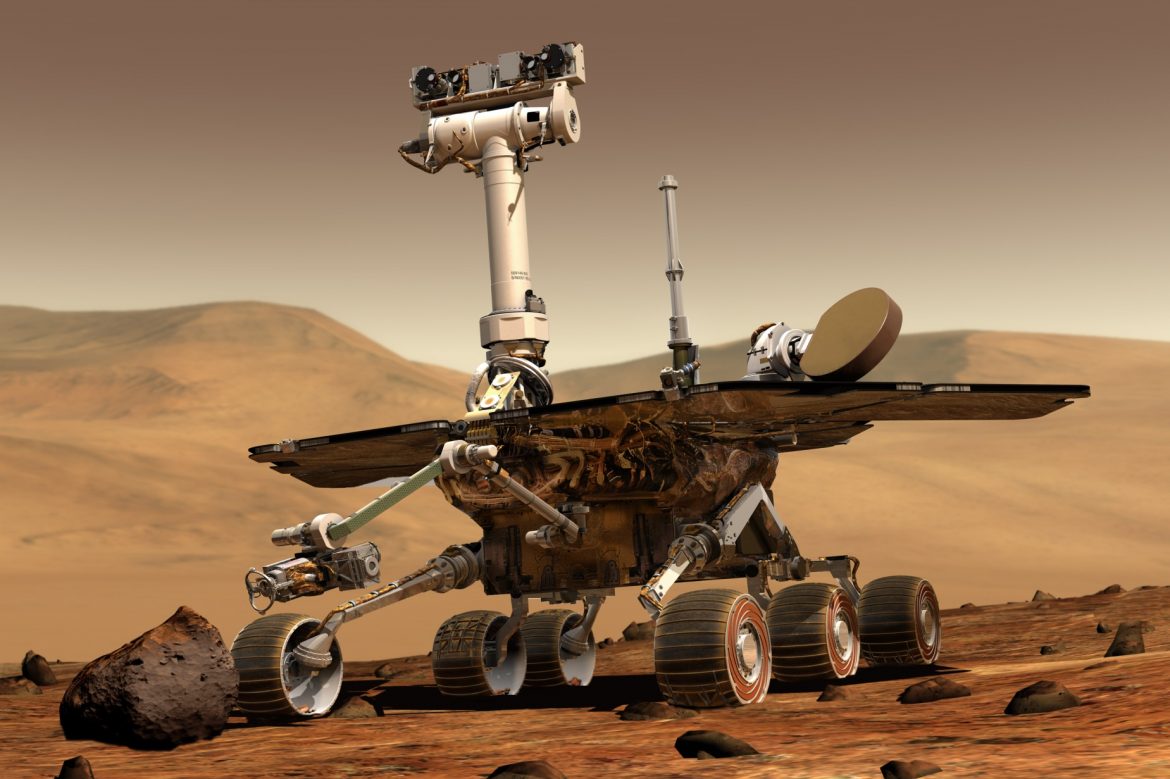 Opportunity, the robotic rover which NASA landed on Mars in January 2004, has completed its solo marathon on the “Red Planet.”  The rover covered the 42.195 km distance in about 11 years and two months, setting records of longest distance covered on an extra-terrestrial body and of endurance, if not of speed.

Sent for a mission to last just three months, it is continuing its Mars exploits on the rim of the endeavour Crater, having already made important discoveries on the way.

Spirit, its twin which was  landed three months before on the other side of Mars, had abandoned the race when it got stuck in a dust pit late in 2009, sending its last message in March 2010 before its solar batteries went flat.

Finding signs of  acidic water in Mars soil and mud rocks dating from the planet’s warm and wet past billions of years ago almost immediately arteritis touchdown, Opportunity subsequently gathered data on wet and dry periods of Mars from the rocks it analysed  over its long trek, finally finding evidence for water suitable for life flowing on the surface.