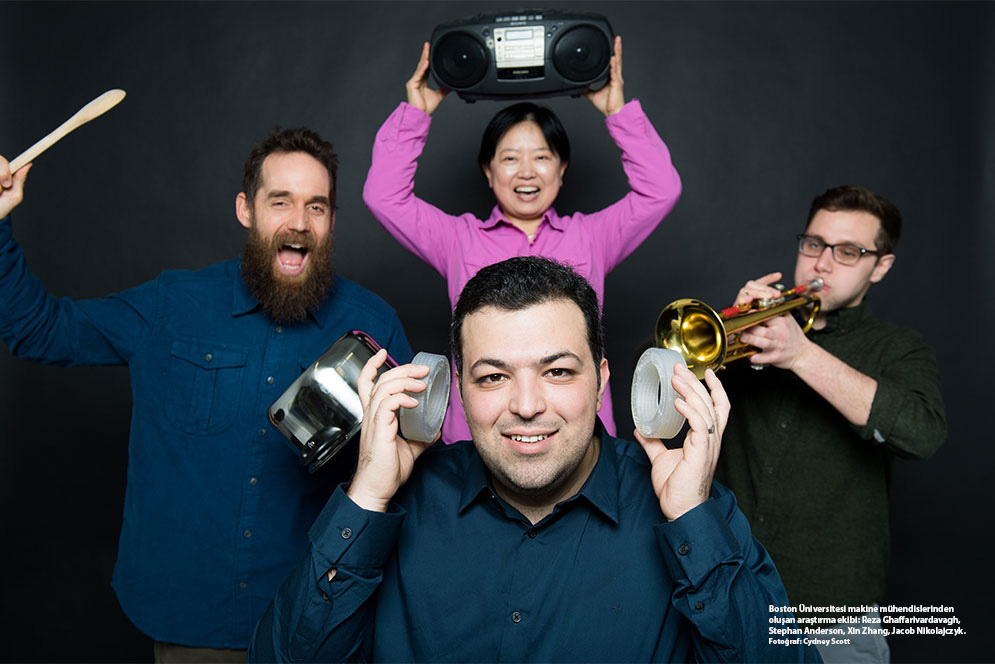 How would it be to have a world where no one complained about loud sounds and noise? Perhaps in a not too distant future, noise-related issues will be largely eliminated, because researchers at Boston University developed a material that can stop sound waves without interrupting air flow. The discovery, called acoustic metamaterials, may lead to a great change both in the scientific community and in everyday life. 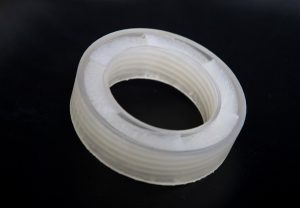 The ring-shaped, hollow plastic metamaterial that was created with the help of complex mathematical formulas and three-dimensional printers is able to block sounds without obstructing the airflow. The material was designed with the idea of sending sounds back to their original sources. The spiral structure inside the outer ring interacts with the sound waves, blocking these waves while allowing the air passage through the hollow middle part. “Sounds are formed by the vibration of molecules in the air, and our aim was to stop these vibrations”, says mechanical engineer Reza Ghaffarivardavagh.

In one of the laboratory trials, the researchers placed this material into one end of a PVC pipe, which had a loudspeaker attached on the other end. Then, they turned up the volume. “The moment we put the muffler on and off, we couldn’t believe our ears,” says Jacob Nikolajczyk, who is part of the team that was able to block the high-frequency sound from the speaker by 94 percent!

The form of this material used to eliminate sounds is not limited to its ring-like shape. In order to prevent the sound from crossing from one place to another, it will be possible to use the modules that will be produced in cubic or hexagonal shapes like bricks and build a wall. Thick and bulky sound-absorbing materials currently in use are not appropriate for places where air flow is important; such as in jet engines.

The acoustic metamaterials, although a fairly new area of research, is a promising subject. It has a wide range of applications including unmanned aerial vehicles, ventilation systems in buildings, and MRI machines. The possibilities are endless. What’s important is that “we can now mathematically design an object that can block the sounds of anything”.