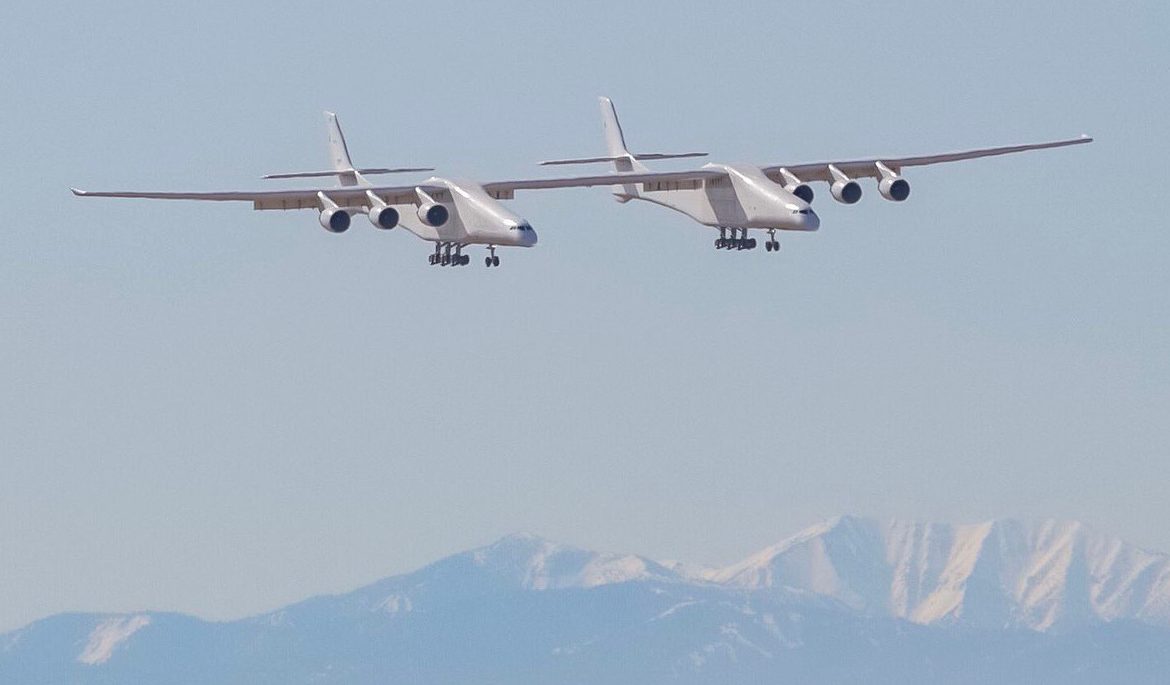 The flight was not officially announced by Stratolaunch in advance, but it was detected by photographers at the airport where the company carried out had runway tests with the giant aircraft in recent months.

The plane, called Roc, lifted off from the centre in Mojave, California on April 13, and stayed in the air for 2.5 hours, reaching a peak altitude of 5.180 meters and a top speed of 304km/h.

The carrier place has a remarkably enormous size. The giant aircraft has a double body, 6 jet engines, and a wingspan of 117 metres. For comparison, the International Space Station (ISS) is 109 metres long.

The plane is designed to carry satellite-carrying rockets up to a height of about 10,700 metres. After this altitude, rockets are expected to continue their journey with the help of boosters to carry their cargo up to orbit. The aircraft can carry one or more space loads up to 225,000 kg. The aim is to provide the means for economical and routine transport of rocket carriers, as an alternative to the ones that take off from the ground and use high amounts of fuel, as in SpaceX carriers.