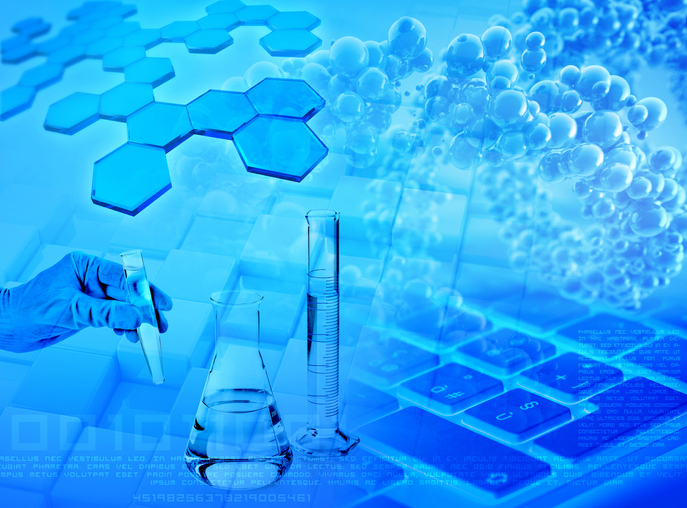 One of the most prestigious journals in its field, the Journal of Biological Chemistry, recently published a selection, containing the most influential articles of 2018. One article in this publication belongs to Sıla Özdemir, who completed her doctorate in Koç University’s Department of Chemistry and Biological Engineering.

Dr. Özdemir’s doctoral study, which she made under the advisory of Prof. Attila Gürsoy and Prof. Özlem Keskin, seeking a way to understand the interaction between two proteins, is very important as it enlightens a key point in developing a drug that can cure cancer. Although difficult to keep in mind, we still pronounce the names of these proteins, out of respect. The two protein families called RhoGTPases and IQGAPs are already known to play a role in the metastasis of cancer. But how?

One of these proteins seems to undergo mutation at high rates in cancer cases. This means that the mutation of this protein leads to cancer. For that reason, this protein family is already under suspicion and is right at the focus of researchers.

Dr. Özdemir is one of these brave researchers; pursuing this infamous protein family.

One characteristic of the protein she chose from this family is that it also plays a role in cancer metastasis. Metastasis is important because it means the spreading of cancer to other organs, and while its detection enables a more effective fight against cancer, its spread drastically changes the rules, making cancer much harder to contain and take under control. So, preventing metastasis is one of the most effective ways to control cancer. For this reason, she chose a protein known to be effective in metastasis. In fact, it has been known for a while that the interaction of these two protein families leads to metastasis.

So, why can’t we develop a drug or other means to combat these proteins? A protein has several functions in the cell, so it is not possible to blindly apply just any method that would harm the protein. Therefore, in order to avoid inhibiting its normal bodily functions, it is important to fully understand the mechanism through which it interacts with the other protein. This way, we may only target the interaction that leads to metastasis and designs a suitable drug.

Dr. Özdemir’s research investigates these proteins’ interaction that triggers metastasis. This requires very long probability calculations, and thus very powerful computers that can handle computational simulation techniques. A simulation environment is created in which many components of the cell, including water density, ions, and the three-dimensional structures of proteins are imitated exactly. This enables observing how these two proteins precisely interact, at which locations they bind, and how this binding causes changes in their shapes.

It took six months to simulate a large number of structures, including multiple attachment points in order to find the correct spot. The work continued after obtaining this raw data. The researchers had some sort of film which recorded every movement of the proteins, and they needed to figure out what that meant. They made energy calculations to understand how strong the two proteins are bonded to each other, and they looked to see if this bond broke or not when the protein was mutated. In short, they examined the interactions between almost all atoms of the protein. This way, they managed to figure out at which points and in which order these two proteins are linked, and the mechanism how the larger protein finds its pair and how the two complex structures come together. These complex structures turned out to be driving the mechanisms that trigger metastasis in cancerous cells. We can detect this as the cancerous cell’s increased mobility, and its spread to other tissues.

Another research group from the NIH (National Institutes of Health) tested Sıla Özdemir’s study on cancer cells in the laboratory and observed exactly the same results. Thus, the data obtained in the computer were also confirmed in an experiment. The most important aspect of revealing this mechanism is that it will help design a target-specific drug.

Dr. Özdemir will continue her studies in early diagnosis of cancer, and treatment planning for these diagnosis. Such valuable studies by young and passionate scientists such as Sıla Özdemir on the treatment of cancer, which is considered as the “plague of our era”, will continue to be a hope for all of us.