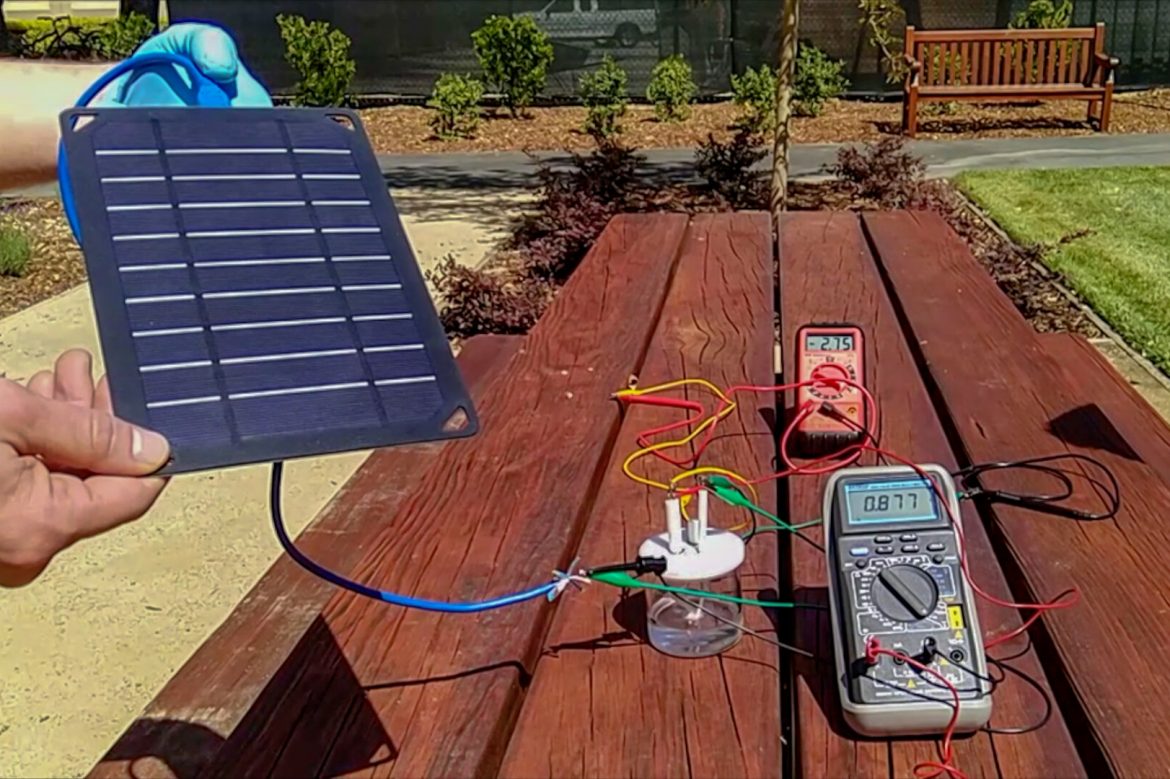 Stanford researchers succeeded in producing hydrogen fuel from the seawater through electrolysis. Using hydrogen as a fuel is a clean option, because it does not emit carbon dioxide and it is abundant in water.

Although splitting water molecules into oxygen and hydrogen by giving electricity is a fairly simple method, the technique required highly purified water, until now. Pure water is a rare and expensive source. It requires such a high amount of pure water in order to use hydrogen as fuel in cities and vehicles, that it doesn’t seem possible (or reasonable) pull of that cost.

According to the study published on March 18, a method was discovered to directly produce electricity from salty sea water by using solar energy.

In the electrolysis method of splitting, a power source is connected to electrodes placed in water. When electricity is applied, hydrogen bubbles start to emerge from the negatively charged end (cathode), and breathable oxygen is released from the positively charged side (anode). While this doesn’t create a problem when pure water is used, the salt in sea water –which contains negative chloride ions- corrodes the anode end, causing a rapid life shortening effect on the system.

When the researchers covered the anode with negatively charged layers, they saw that it repelled the chloride, protecting underlying metal from corrosion for a long time. In the experiment, the nickel foam, which provides high conductivity to the system, was coated with nickel sulphide and nickel-iron hydroxide. The nickel sulphide got negatively charged when electricity was applied, and repelled chloride, just like magnets with the same charge repel each other.

The conductive end, which lasted only 12 hours without coating, was able to work for up to 1,000 hours with this method. Plus, because corrosion got considerably slower, it became possible to increase the speed of yielding hydrogen by applying 10 times more electricity to the system.

The system can be used to yield direct oxygen from the sea in applications that require breathing underwater (such as the practices of divers and submarines), besides generating hydrogen for energy purposes.