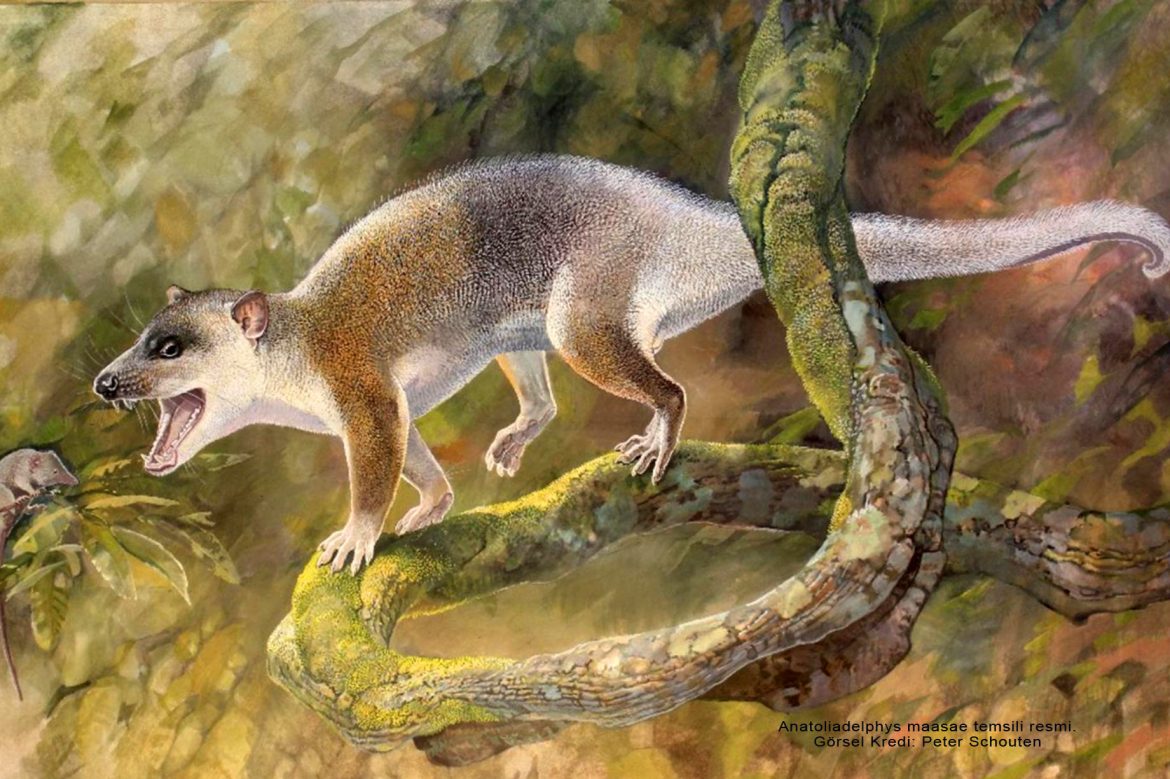 Fossils found in the region known as Uzunçarşıdere Formation to the north of Polatlı-Haymana Basin near Ankara in 2002 date back to 43 billion years ago, adding metatherians (marsupials and their relatives) to Anatolia’s faunal history. The results of the study by Dr. Murat Maga of University of Washington and Dr. Robin Beck of Universities of Salford and New South Wales were recently published in PLoS ONE.

This new species is identified as the previously unknown relative of today’s marsupials and is given the name Anatoliadelphys maasae as it was found in Anatolia. The species has the approximate size of a domestic cat, with an estimated body mass of 3-4 kilograms. It is considered “big” among the marsupials of Norther Hemisphere. Researchers state that this new agile friend resembles the modern-day spotted quoll, with its highly developed climbing and grasping skills.

Its well-developed jaw structure suggests that it was able to crush hard substances and thus might have been a carnivore.

Uzunçarşıdere Formation, where the fossils were found was most likely an island during the Eocene epoch, when the prehistoric metatherian lived there 43 billion years ago.